Days on the Water: 4

Who we fished with: friends/clients

Where we fished:  Lake Erie

Here’s our latest Buffalo NY fishing report:  It was another easy-going week.  With 4th of July festivities dominating Monday into Tuesday, I stayed off the water to avoid the madness.  I fished the rest of the week and took Sunday off – it was a little slower than usual – keep reading for more info.

Episode 17 is live.  Jordan and I catch up on what we’ve been up to over the past couple of weeks.  We also discuss current conditions and patterns we’ve noticed here in the WNY fishery.  Finally, we have another philosophical discussion.  Tap the link below to listen.

Monday – 4th of July – stayed off the water.

Tuesday – Took the day off.  Good thing too – it rained and was a bit breezy.  Totally fishable though…but I was happy to take a break.

Wednesday – Fished bass and walleyes on Lake Erie.  Was slow on both fronts.  Overcast with next to no winds.  Great time with great people but slow across the board.

Thursday – Worked a double.  Fished Lake Erie and the Upper Niagara on both trips.  It was slowish – there would be flurries of action followed by long stretches of nothing – entertaining levels of action, nonetheless.  Fish were all over the place – deep and shallow.

Friday –Fished Lake Erie for bass.  Same situation as in the previous days – I fished different zones and saw the same general pattern – fish were spread out all over the place.

Saturday – Fished Lake Erie for bass.  Lots of winds from the north – kept shifting from the NW to the NE.  The Lake started big then laid down.  Fished a ton of different water and all of it was super drummy with a side of bass.

Sunday – took the day off.

Well, I did what I said I would last week and covered a ton of different water this week.  As you likely noticed from the notes above, there was a trend – numbers of bass were low and numbers of drum were very high.  It was steady action – we boated well over 20 fish per outing (most days much more than that) but the majority of them were drum.  It’s tough to complain about that much activity, but I’ve gotten used to high bass numbers and size over the past couple months, so this past week didn’t feel right.  It was probably just a blip.  I’ll find out soon enough…

The general pattern that I noticed was that smallmouth bass were on the move.  They weren’t in the same zones I’ve been catching them over the past couple months.  I’m finding more and more of them on or near rock piles and less and less of them on the zones with gravel/sand bottom.  In other words, they’re spread out/moving around and I’m not sure why.

One of the things I noticed that might explain the pattern is that every zone of water that I fished that was deeper than 35′ held clouds of bait.  I never know how much stock to place in this idea but here it goes – when there’s a lot of bait around, the fish are well fed and less prone to eat something that’s just a little bit off.  Also, the fish aren’t able to eat everything that passes them and if there’s a lot passing them, well, your bait is just one in a school of many.  I bet the truth lies in the combination of both of these strands.

I’ve also been getting more and more bass in current…some big ones too.  Don’t get me wrong, it’s drummy in there too but the faster the current, the less prevalent the drum.  Catching bass in that fast stuff is a blast and those zones will only get better in the coming months.

I only committed to walleyes on Wednesday.  We fished off shore in about 65′ of water.  It was slow so we went bass fishing.  I’ll say this – we had awesome screens all morning but were only picking away at fish while trolling harnesses.  Since there was no wind, we decided to drift live minnows instead and caught a few drum.  So…was that great screen mostly drum?  Some guys will tell you that you can tell the difference between drum and walleyes on the sonar.  Maybe – but when we trolled harnesses through these “great screens,” we didn’t catch drum and drum seldomly pass up a good harness so…  Who knows?  I’m going to keep trying to find out though.

The forecast for upcoming week looks great.  Well, Tuesday’s forecast is a little grim with a lot of rain and wind, but the rest of the week is supposed to be sunny, hot, and only lightly breezy.  Great week to be on the water.

I’ll be spending more time in the river this week.  I miss fishing the river and need to pay my respects.  I’m betting it’s going to fish very well.

Summer availability is fleeting my friends.  If you haven’t booked a date on the water, call us soon before the schedule gets jammed.  I hope to see you out there.

Tap any image below to swipe through the gallery 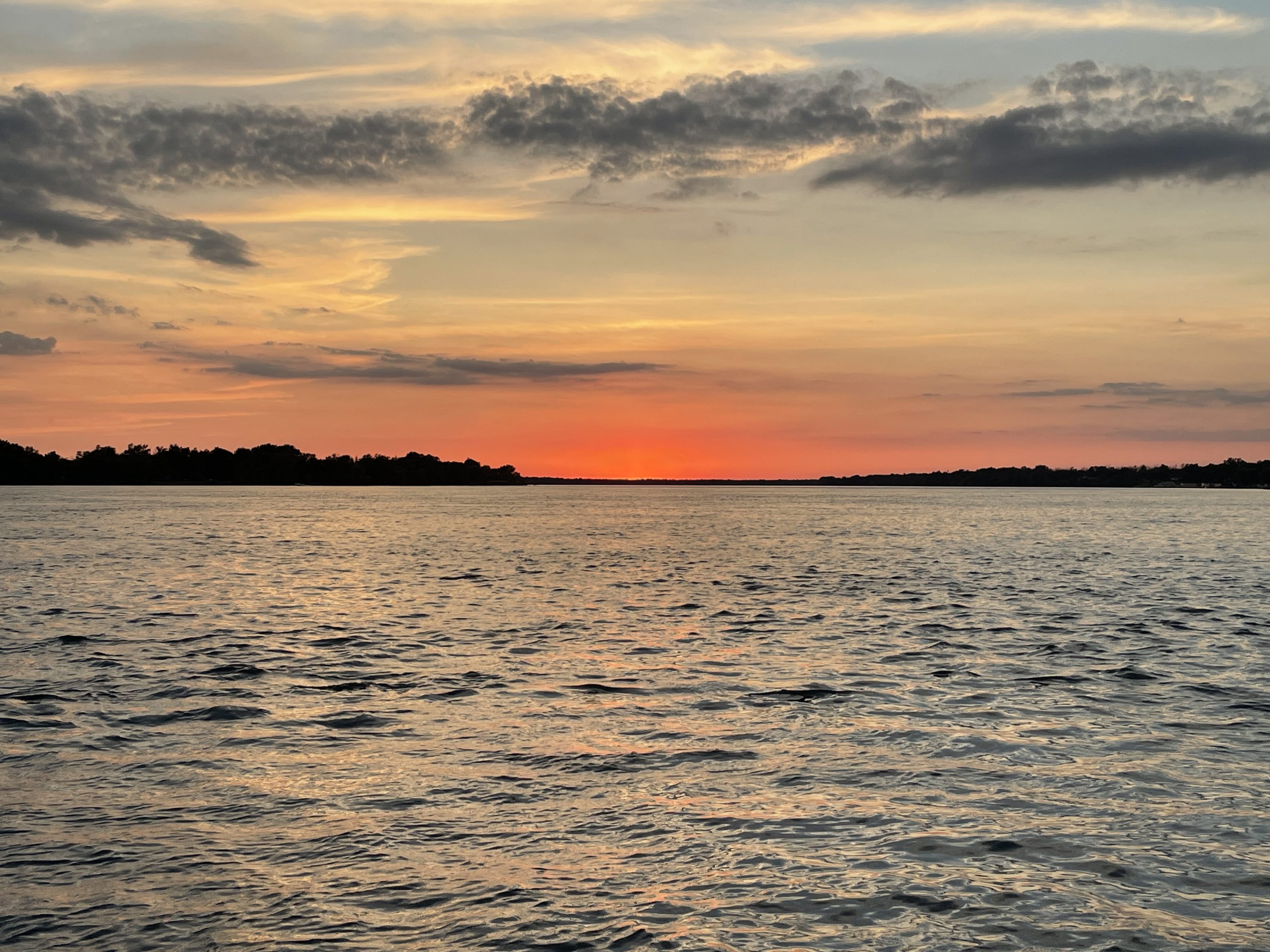 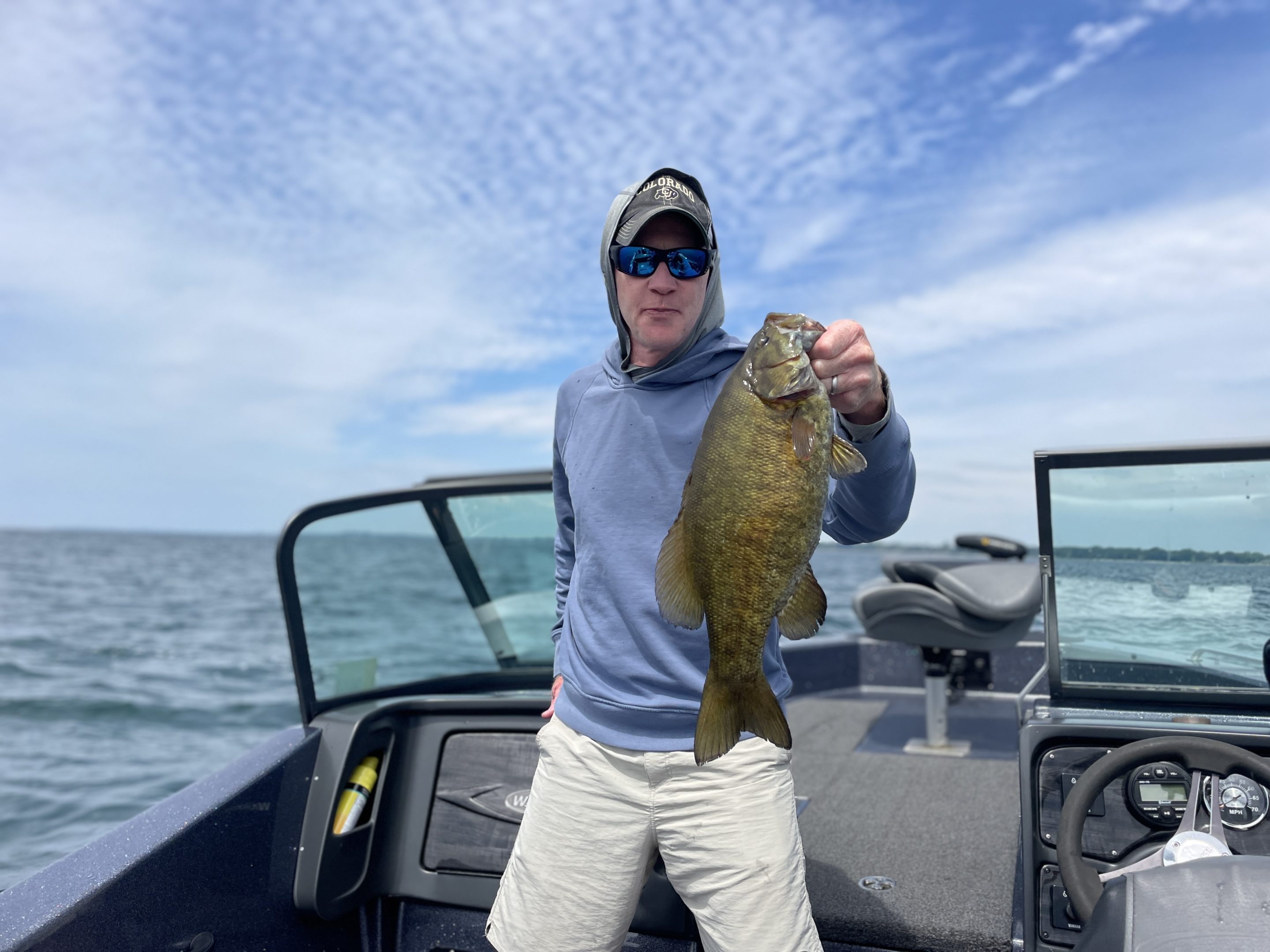 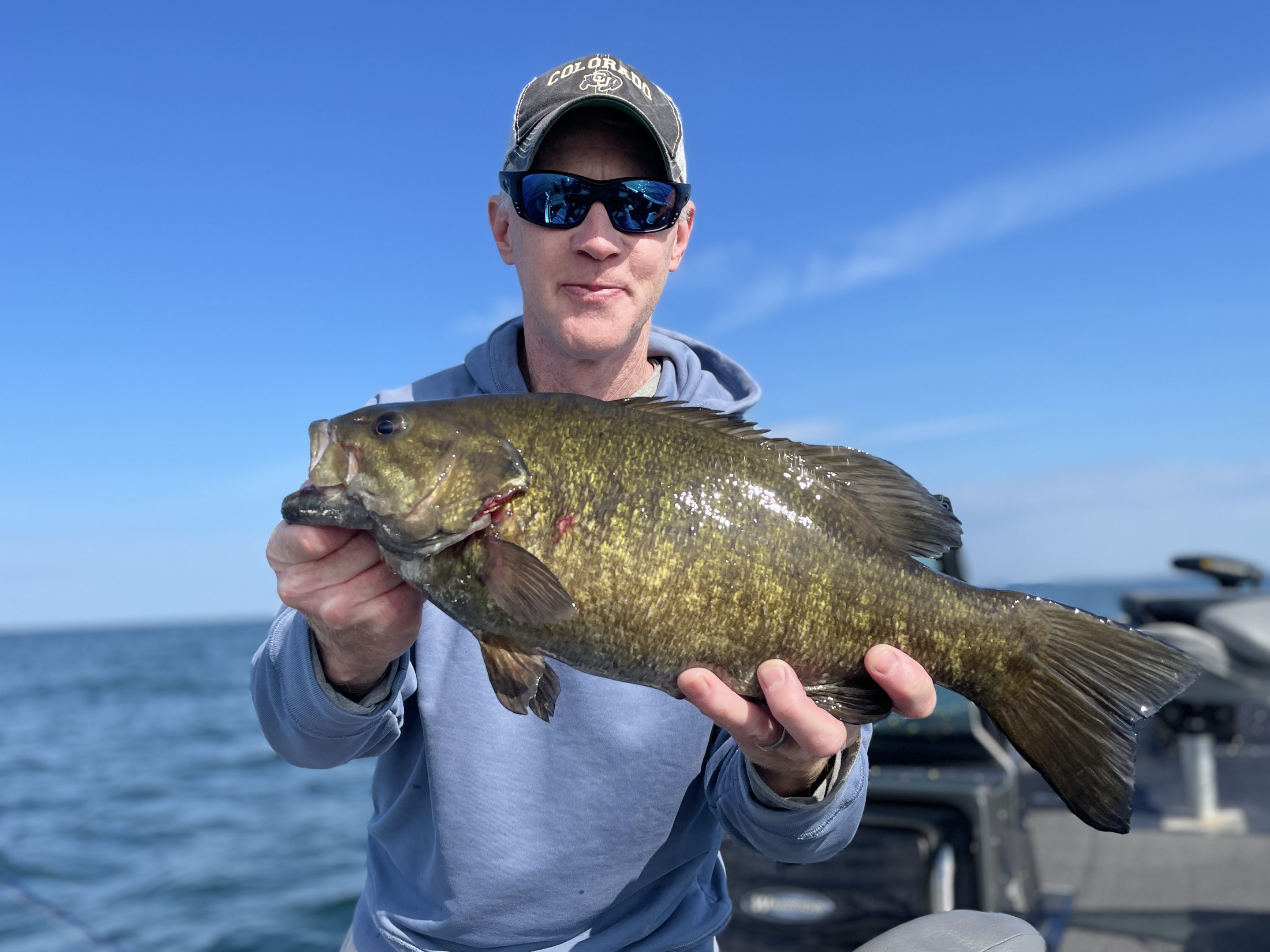 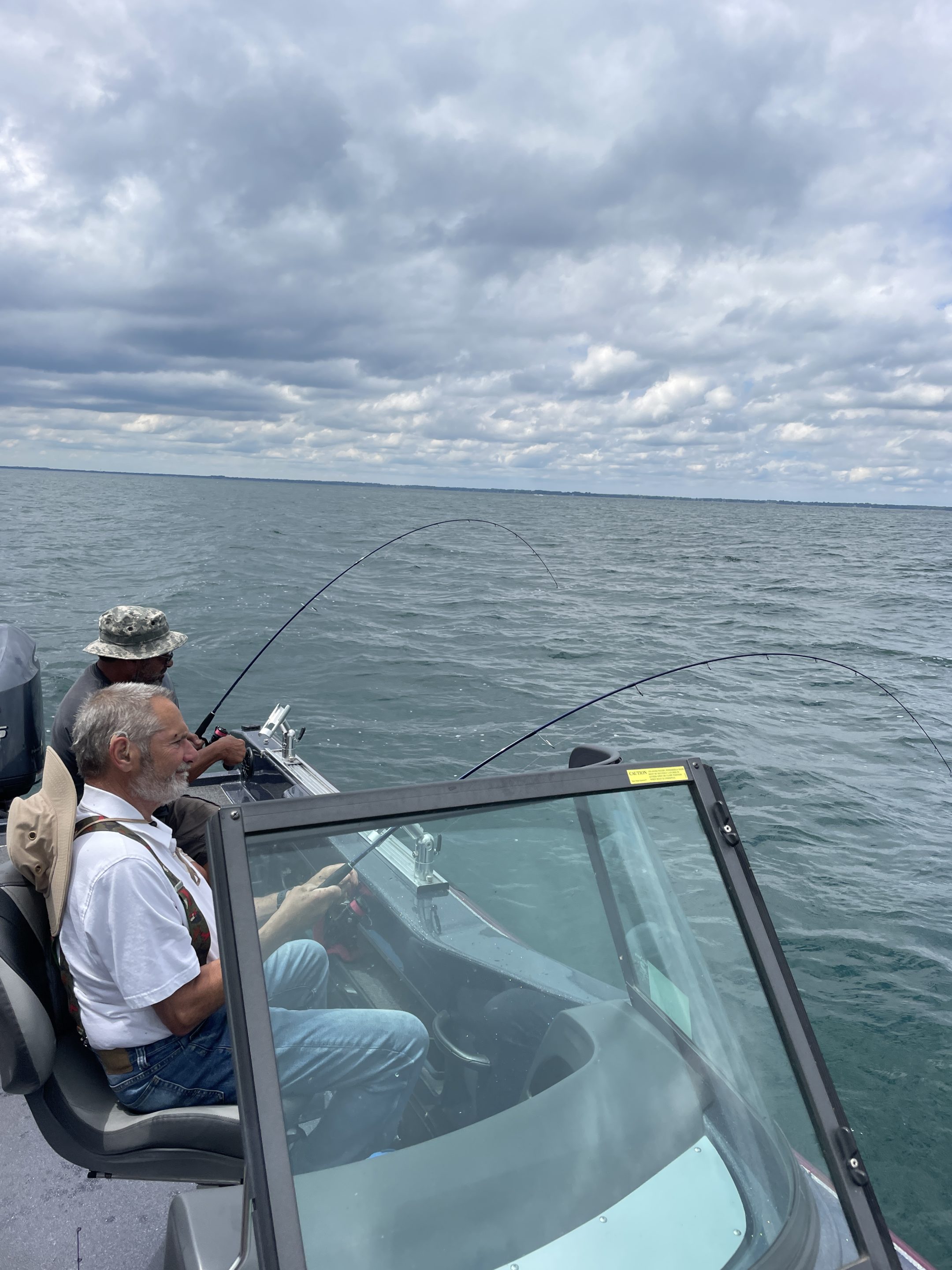 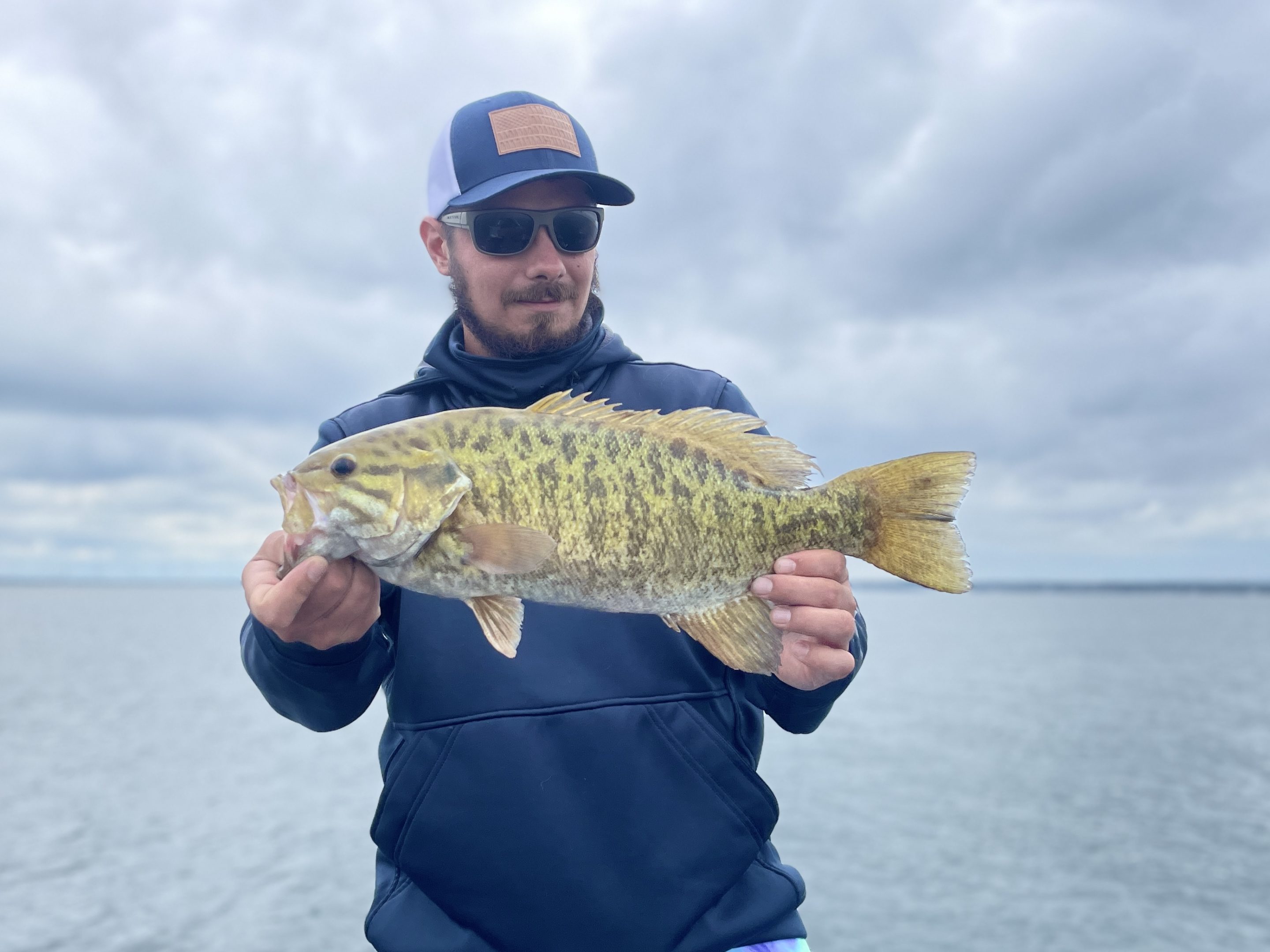 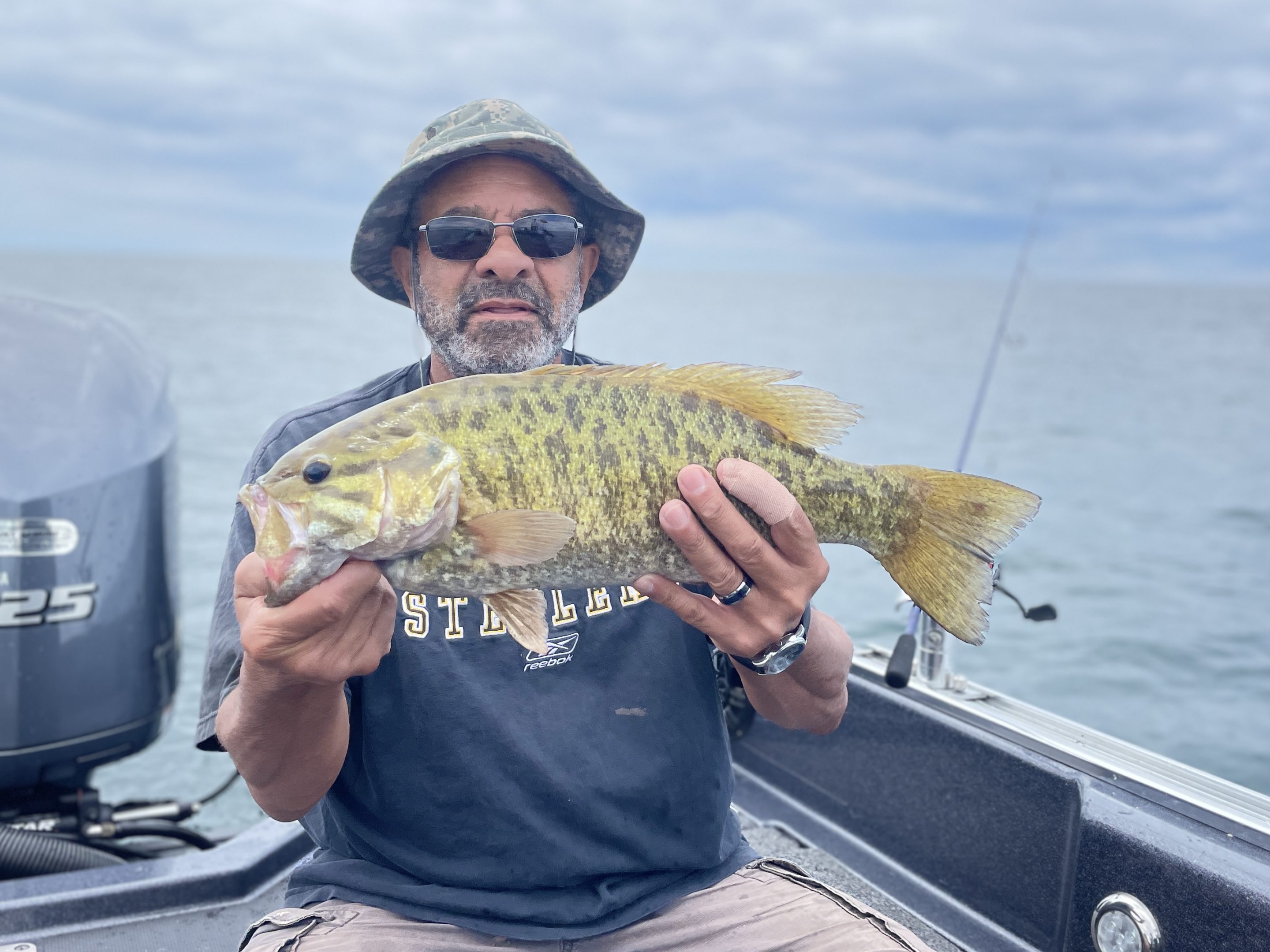 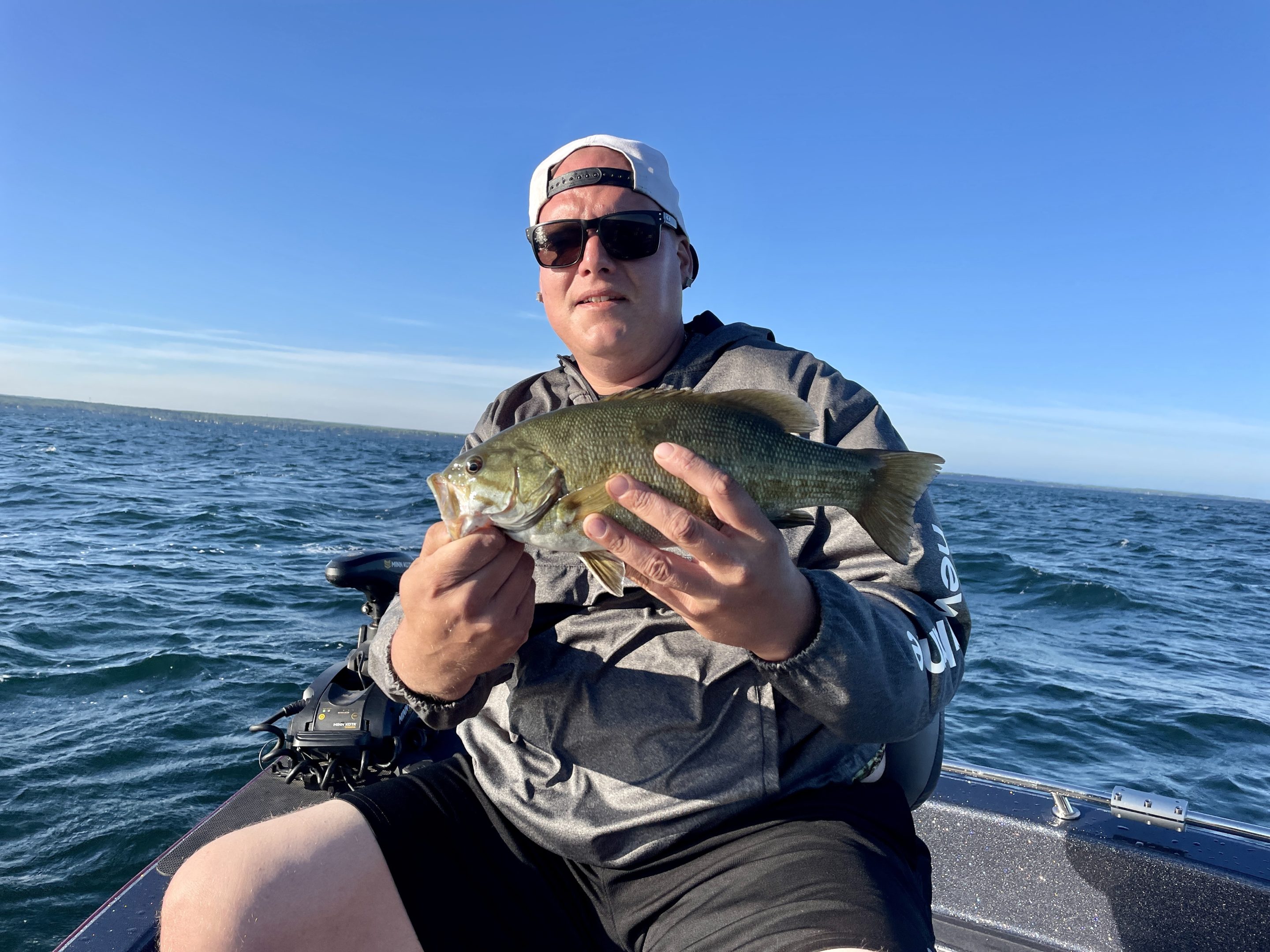 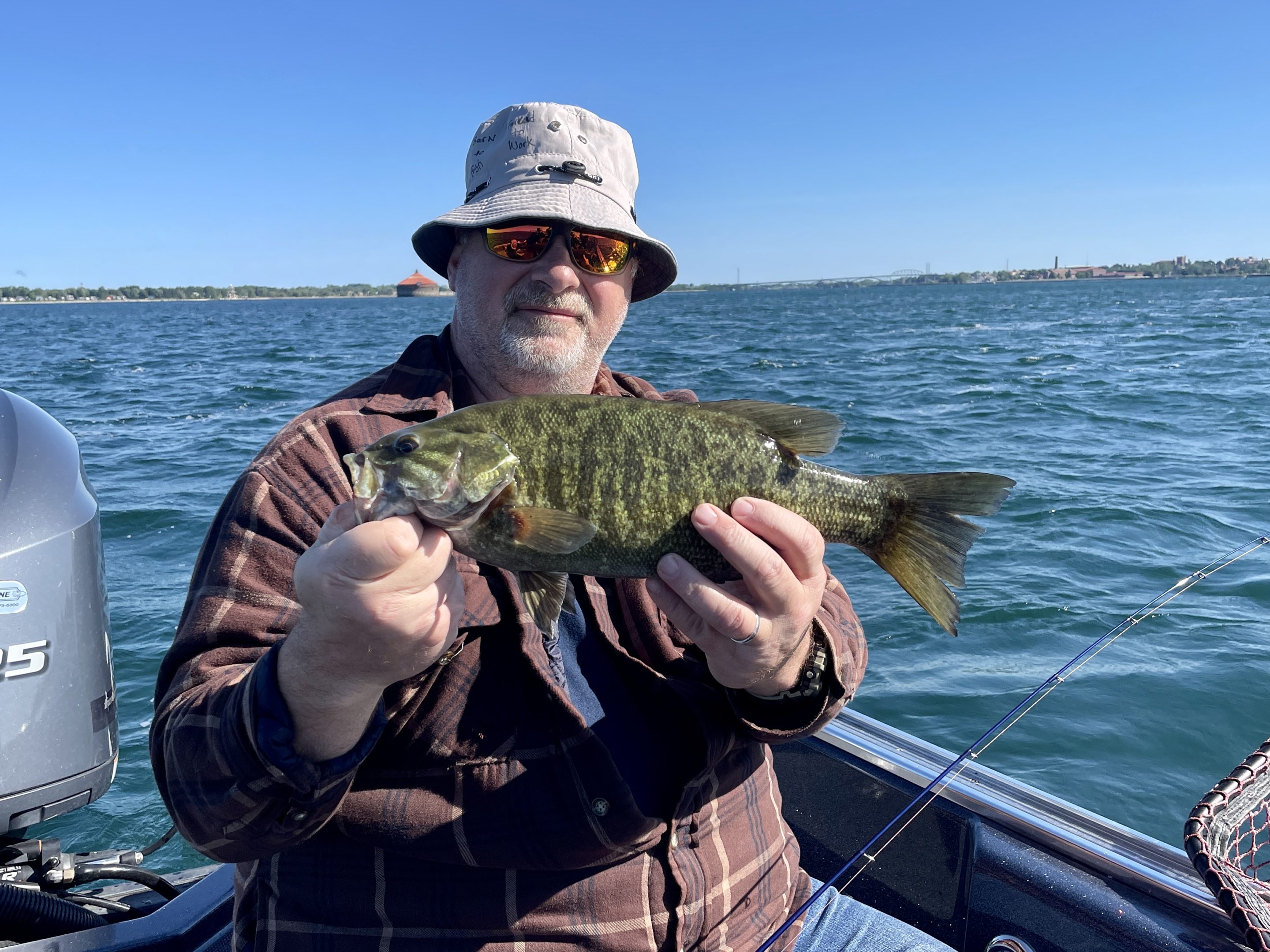 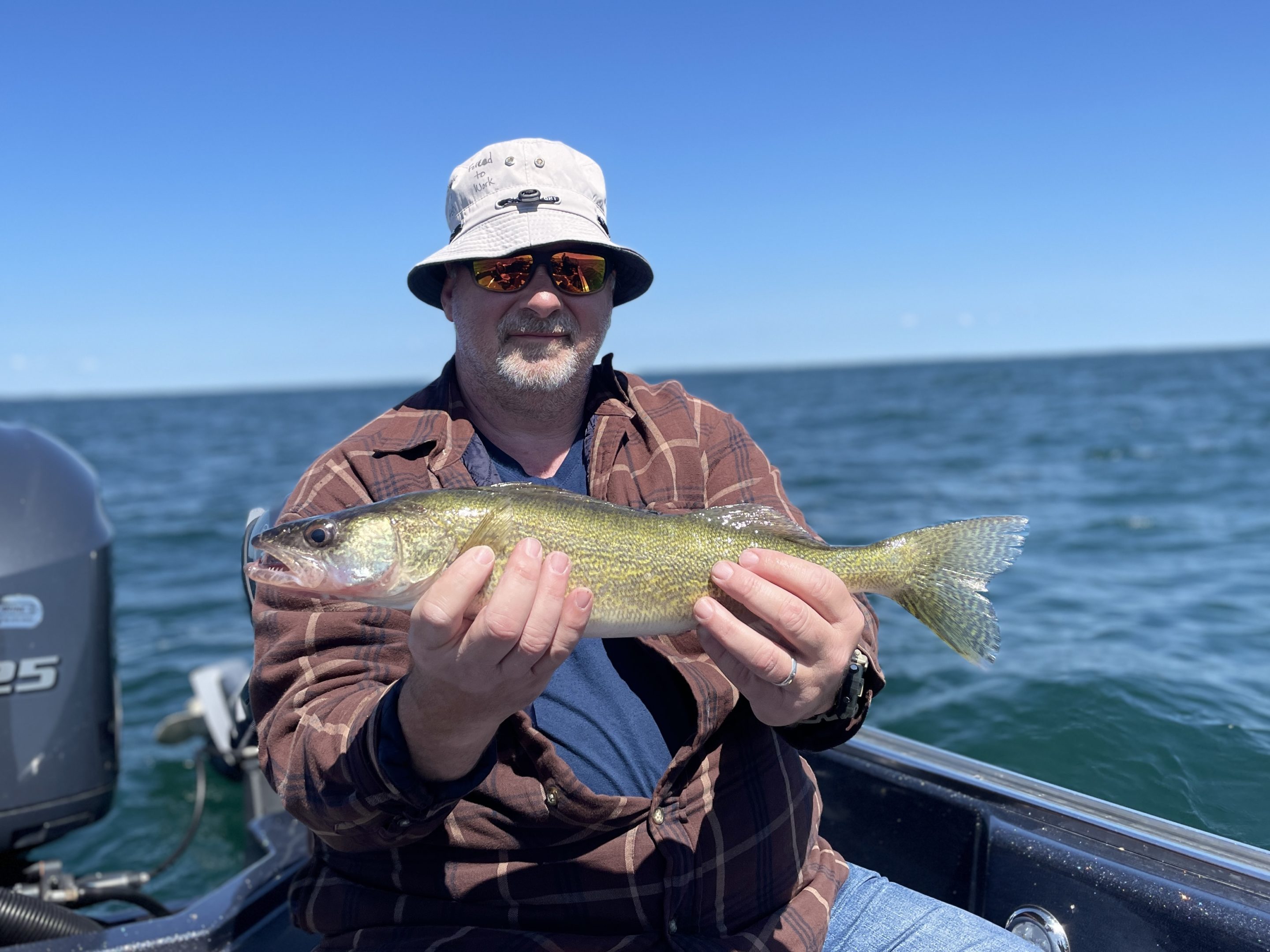 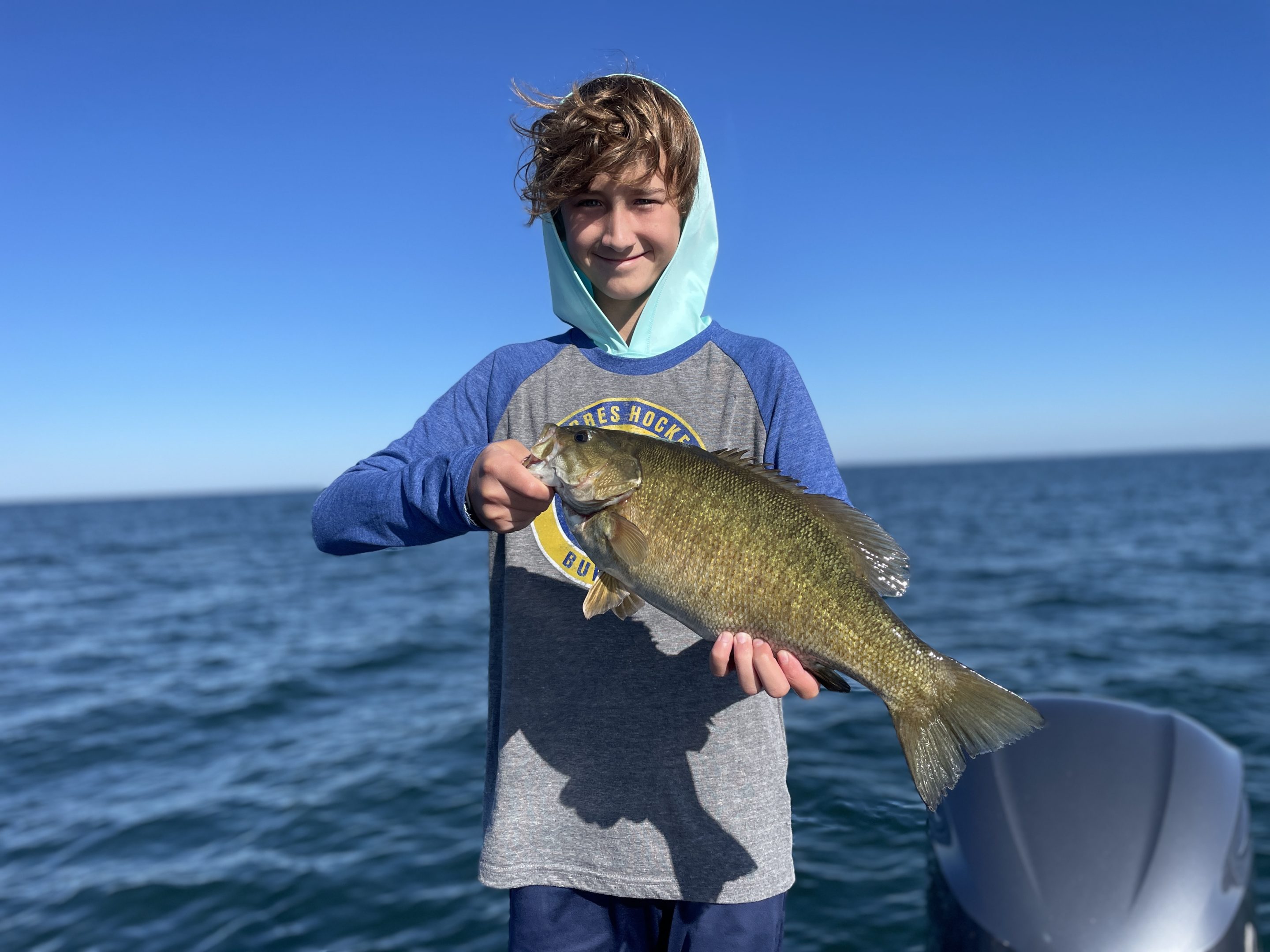