Observations from the Water and Confinement – 3/29/20 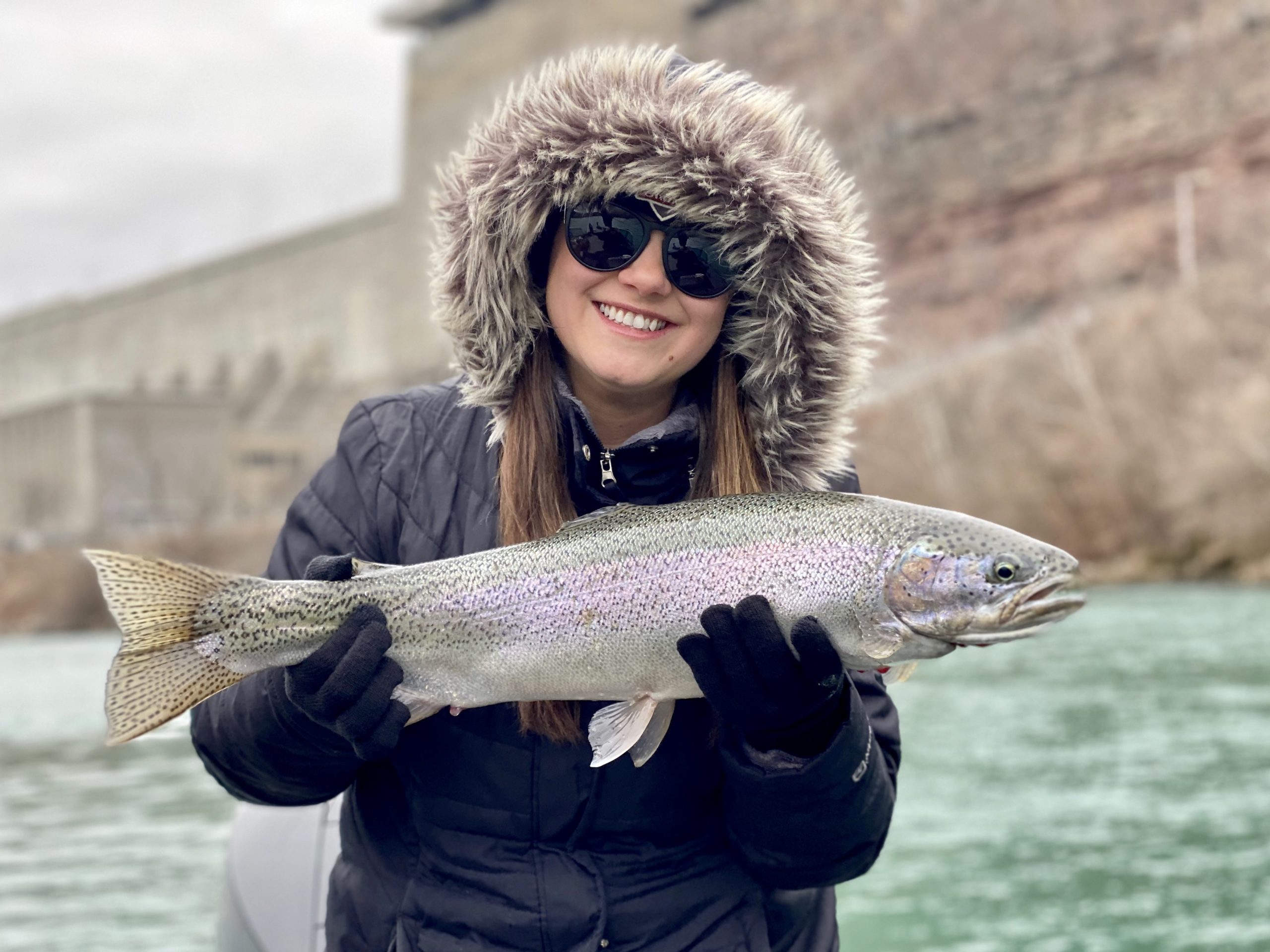 Days on the Water: 2
Who we fished with: friends
Where we fished: Lower Niagara
What we were Targeting: Lake Trout, Steelhead, Brown Trout
Tactics: 3 way rigs off the bottom

Like last week’s observations, what follows is a 2 part write up. Part 1 is all about what we’ve seen on the water over the past week. Part 2 is our struggle to characterize a trend on social media that doesn’t sit well with us. By struggling – I mean it’s been something we’ve been thinking about a lot so what follows is our way to determine where these uneasy emotions come from. You’ll understand if you read that far. Here it goes.

It’s been awesome on the water lately. Nearly every species of game fish is available to anglers right now in great numbers. Lake Ontario browns are in the shallows. Lake Trout are on the Lake Ontario bar. The spring steelhead run is in full swing on the lower Niagara. Even smallmouth bass are starting to turn on. If one was so inclined to go fishing right now – deciding what species target would be tough choice. I’ve been thinking about getting a spring slam – catching all the fish mentioned above in a single outing – and that would be VERY doable right now.

We’ve also been in the middle of the longest stretch of favorable water and weather conditions I’ve seen in months. Sure, there’s been the occasional blow and rain shower but the water color has hovered around optimal through all of it. This week’s forecast looks like more of the same. We’re excited.

A couple weeks ago, when everyone started talking about Covid-19, we watched as many businesses in the Arts and Entertainment industry were forced to close shop. During that period, I was concerned about the physical health and economic livelihood of my family and my business. So much so that I opted to stay away from fishing until I improved my situational awareness. It was a dark couple of days of contemplation. Obviously, I don’t WANT my family to get sick – but that notion doesn’t dominate my thoughts like it did 2 weeks ago.

Now, the mental health of my family is steadily becoming my chief concern. Fishing and other outdoor recreational activities keep us sane, so I’ve decided I’m going to fish as often as possible (even if that means by myself) throughout all of this. I DO NOT believe this contravenes any of the guidance from our local leaders in government. I’ll continue to fish until Niagara and Erie County, VERY SPECIFICALLY, directs people in our region to STOP FISHING. 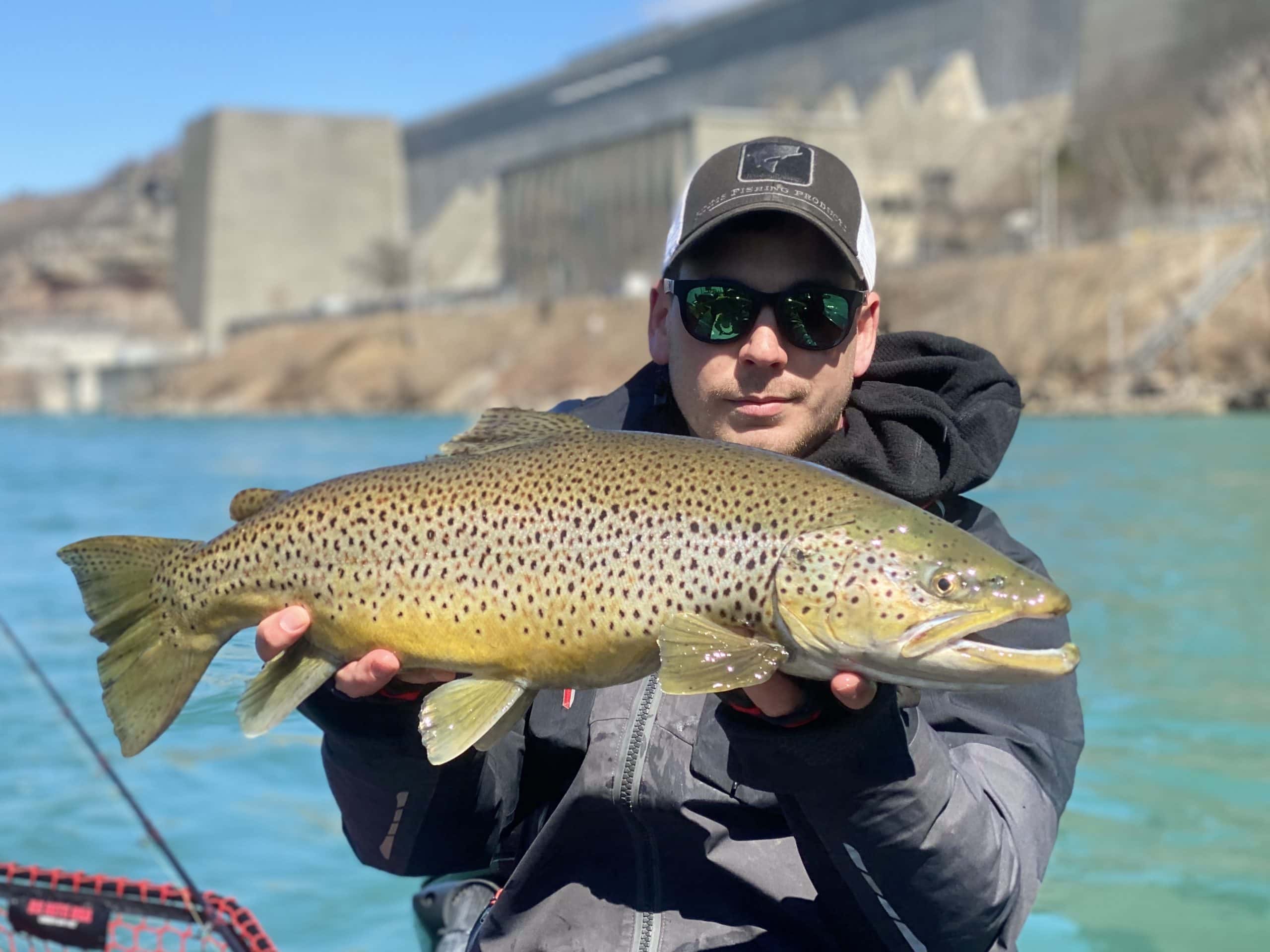 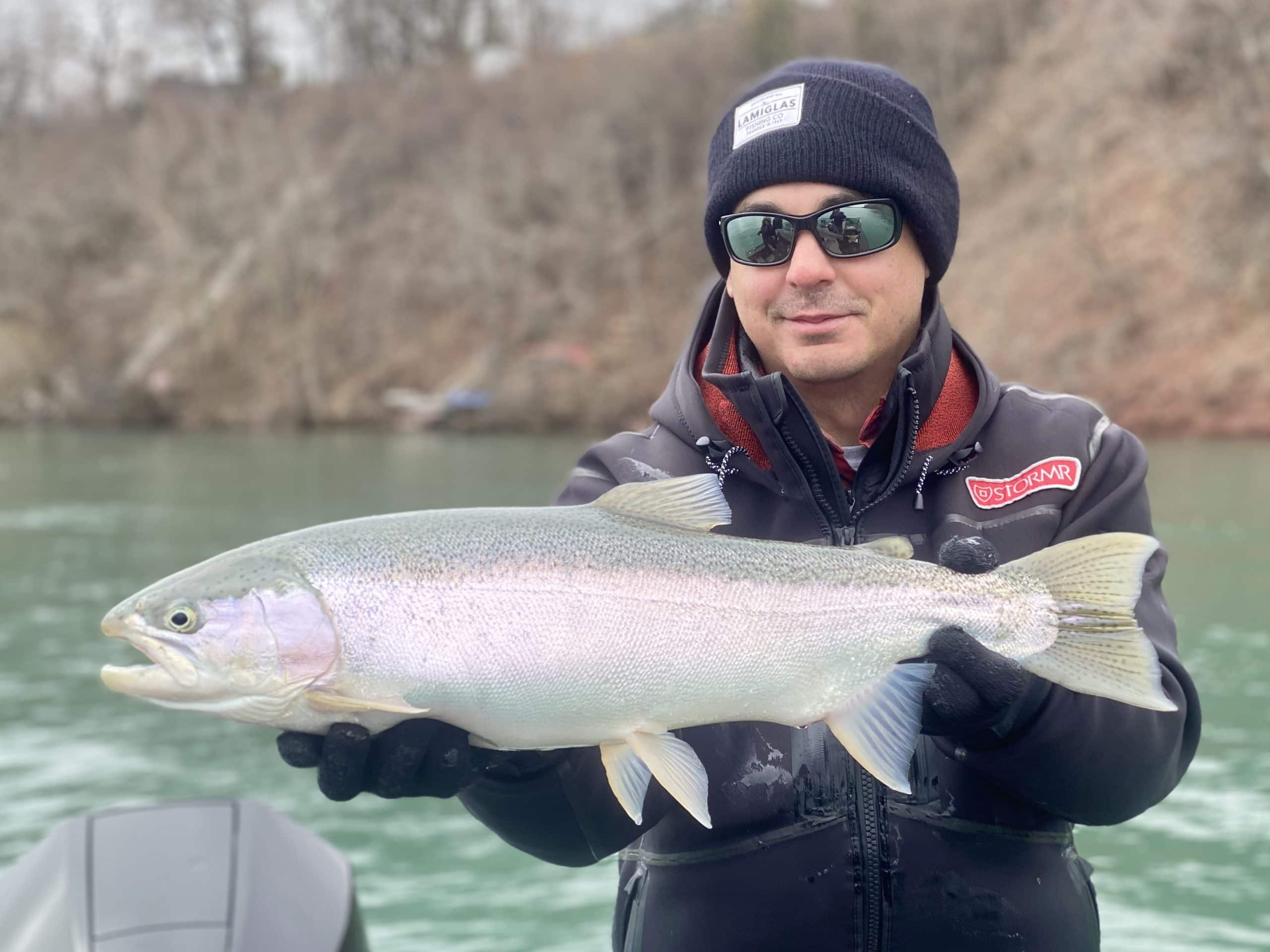 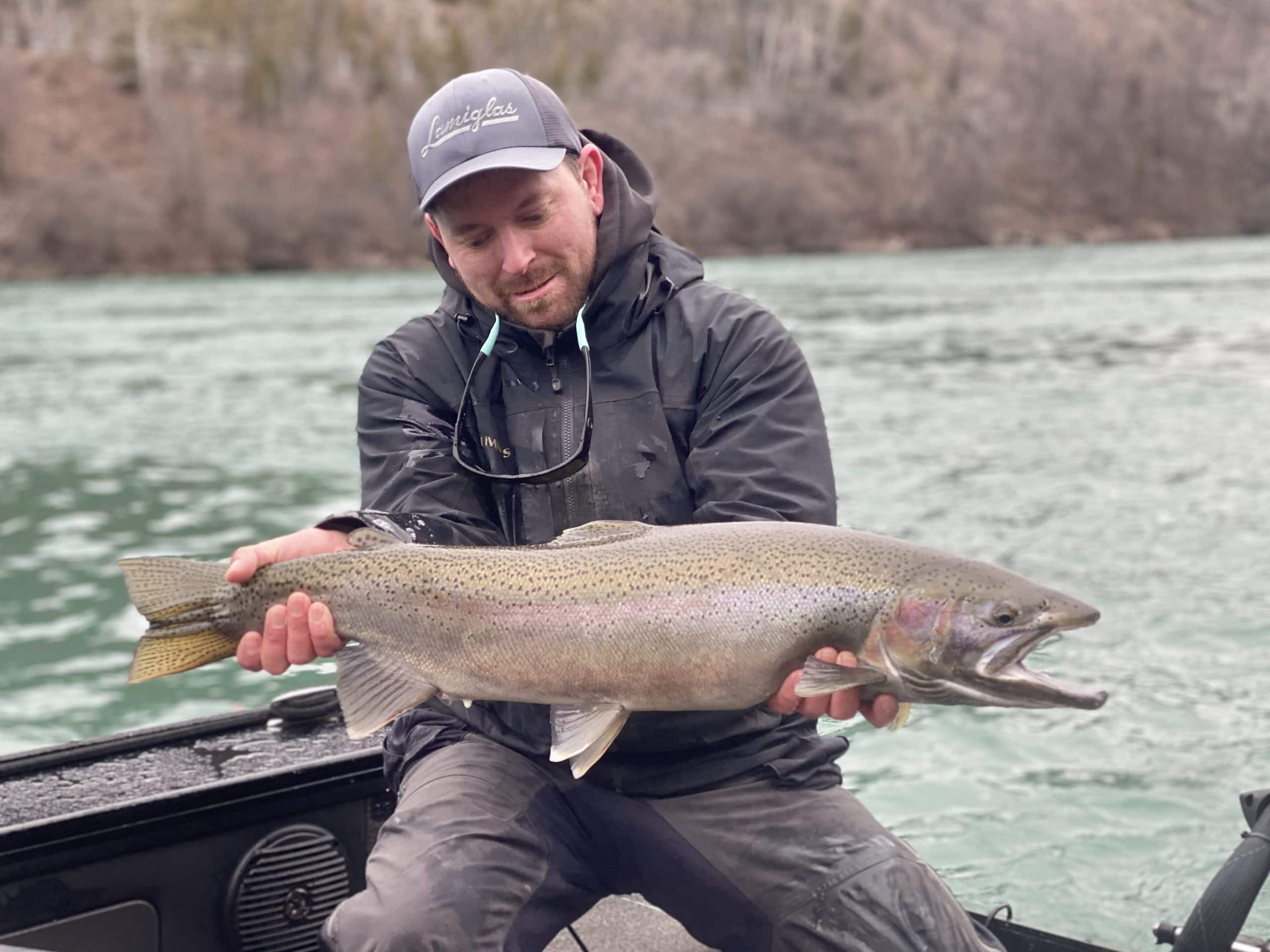 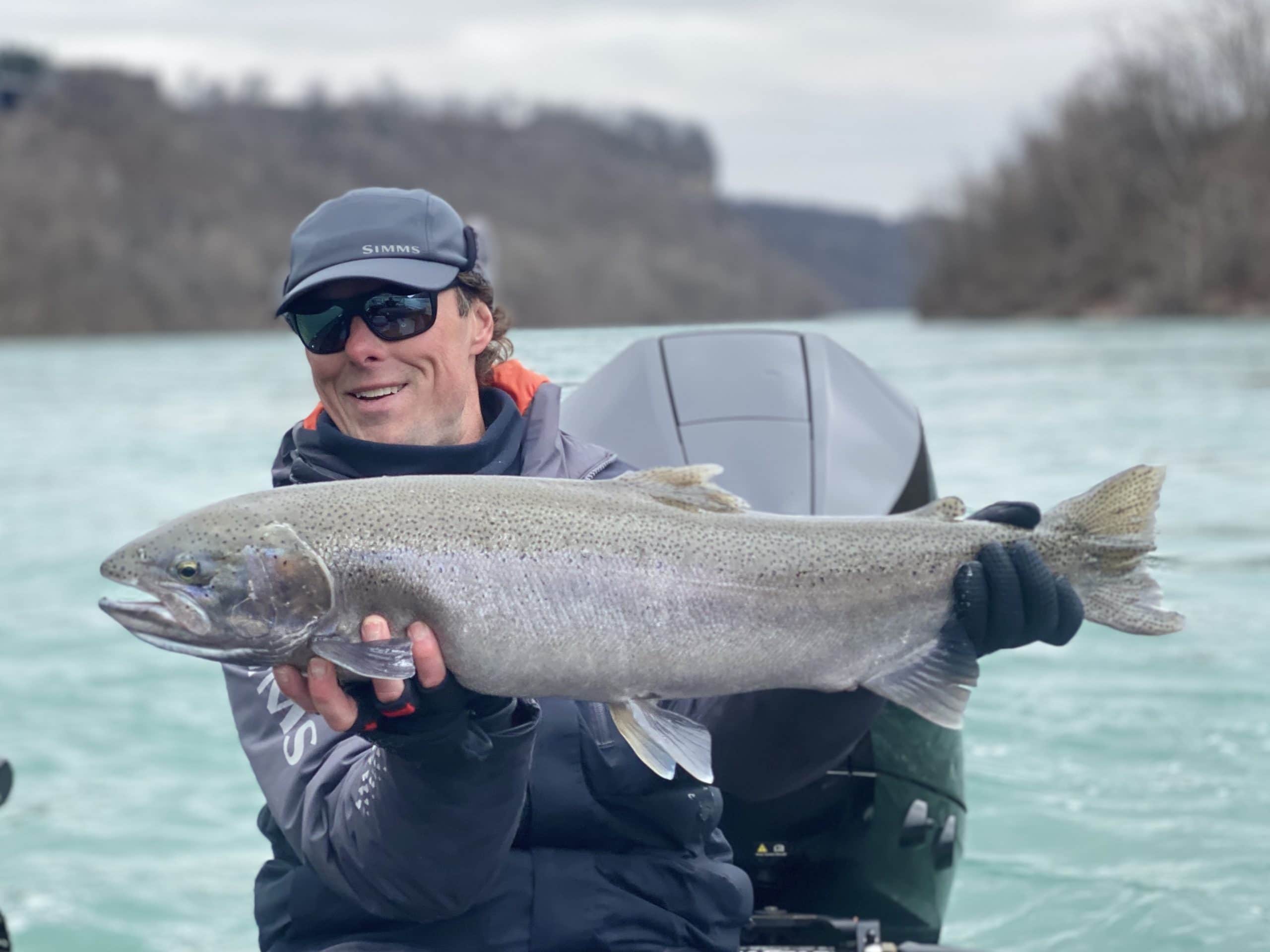 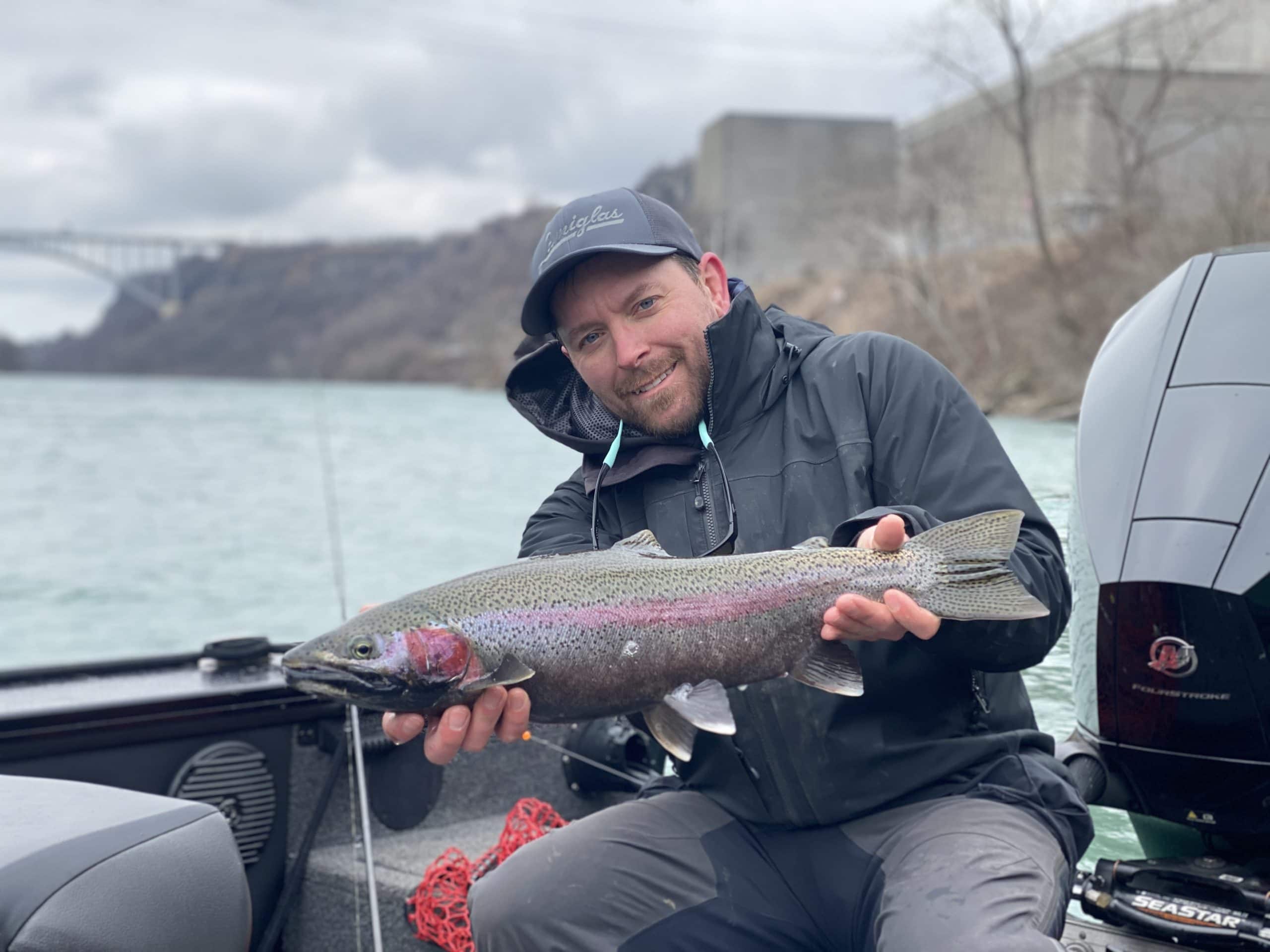 Most of my Generation X peers likely recognize those lyrics in the heading. It’s a song that just popped in my head after seeing some trends on social media that aren’t sitting well with me. If you’ve never heard this song before or if it’s been awhile, take a couple of minutes and listen to, “Everything Counts,” by Depeche Mode. Even if the melody isn’t to your liking – try to ignore that and just pay attention to the lyrics. Those lyrics were relevant back in 1983 when the track first dropped and maybe even more so today.

In the past week, I’ve noticed videos, memes, and articles advocating a sentiment that’s becoming as contagious as Covid-19 – take care of your guide(s) – they’re hurting right now and are more vulnerable than most. Social media influencers in the guiding community, many of whom I know personally, and respect very deeply, are asking clients to honor guide fees if they can’t make the trip or to allow guides to keep deposits, etc. (side note: my colleagues in the Buffalo Niagara Region haven’t been part of this trend. I don’t know why but I’m weirdly comforted by this uncoordinated alignment). My gut reaction to this empathy plea when I first saw it bubble up persists to this day – it doesn’t sit right with me.

Disruption and uncertainty are rife in every facet of life right now. Although the picture I’m about to paint is of the guiding community, it applies to every industry out there. What follows are examples of conversations I’ve had with clients lately. I’m sure I’m not alone in having these kinds of conversations. I think, when grouped like this, it paints an interesting, global kind of picture of what we’re all dealing with. Here it goes.

All of us guides have clients that are senior citizens. They’re retired, they have disposable income, and they have flexible schedules. Many of these folks have worked their asses off their entire lives and are just now living it the way they always dreamed. Because they are of the older demographic, they often aren’t in the greatest of health. These folks are cancelling because they don’t want to risk death just to go fishing. Interestingly, many other folks in that same demographic are thinking just the opposite – “I’ve worked my ass off my entire life, I’m not gonna let a bug stop me from living my remaining years the way I want to.”

As of late, isolationism is by far the dominant operating model. Many influencers are shaming folks for leaving their homes. “Don’t you understand – you’re killing your grandma!” It’s gotten to the point that if an individual even considers something that isn’t in the isolationist camp, that individual must overcome a wall of guilt in order to act. In turn, people are cancelling their trips because they don’t want to be “part of the problem.” Best to wait it out until it becomes morally acceptable to go outside and enjoy oneself again.

Many people who want to go on a fishing trips save for months (maybe more) in order to make that dream a reality. Most people on this planet are anxiety ridden right now because they don’t know where their next check is going to come from. Facing uncertainty, many folks are cancelling because they need the money originally ear marked for the fishing trip to pay bills or feed their families.

Things are getting progressively weird in this conversation. Some states are taking efforts to prohibit travel between states. Some population centers like NYC, LA, Seattle, Denver, etc. have “stay in place” orders in effect. Even though our clients that live in these places are ready and willing to go fishing, they feel forced to cancel their trip because they aren’t allowed to leave their homes without violating a regional mandate.

I can keep going but these 4 conversations are the most common. What all these conversations have in common is that they are all VERY emotional.

Another Grabbing Hand in a Sea of Empathy

So why don’t those pleas for empathy sit well with us? Because the last thing we want to do is add more emotion to an already emotional conversation. People book fishing trips because they want to experience something new, exciting, wonderous, (insert more adjectives here). It’s something they are excited about, looking forward to, and emotionally committed to. In other words, cancelling is a deeply emotional decision, one that involves a lot of contemplation prior to making the call to the guide.

These empathy pleas might make sense in other industries. Guides that are putting them out there might believe since many others in the industry are making this plea, they should as well or they’re going to miss out/lose market share. We’re not judging anyone who posts this kind of content – we don’t have a big voice in this industry, so people of this persuasion likely won’t read this anyway (unfortunately). Still, it is our hope that before any of our colleagues decide to make an empathy plea, they put themselves in the shoes of their clients.

After thinking about the empathy plea trend for days, we felt compelled to register our opinion to assure our clients – WE EMPATHIZE WITH YOU. Hell, we have a few fishing vacations on the calendar this year. If we end up having to cancel any of those trips – it’ll be soul crushing. In other words, we feel your pain. If you decide to cancel, we understand that it’s a decision you didn’t take lightly, and we wholeheartedly support you. Take care of yourself. Don’t worry about us – we’re survivors. Whenever the “new normal” emerges, we hope you consider making the trip – we’ll both need that time on the water more than ever.