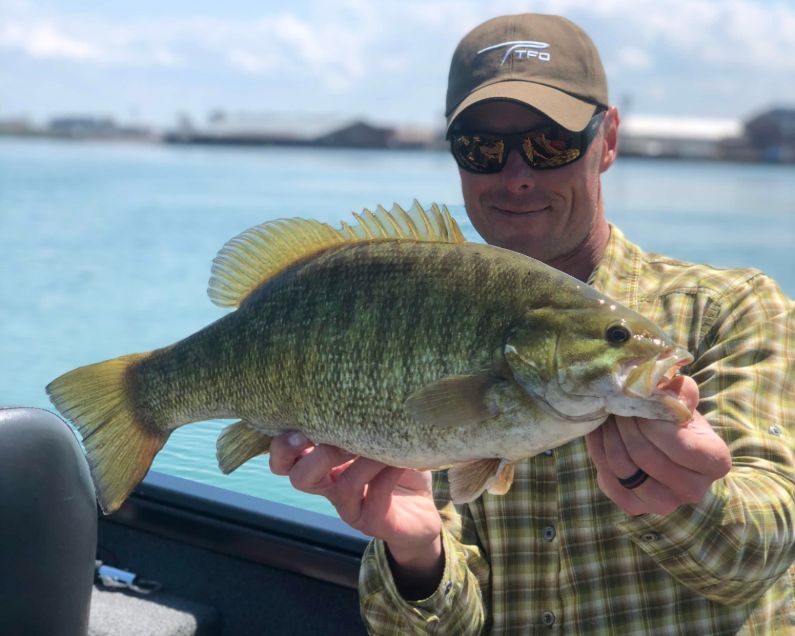 I’ve had the privilege of pursuing smallmouth bass on the fly in almost every state where they’re native as well as others where they are now wild. They are my favorite fish. One of my friends recently told me that smallmouth bass are my spirit animals. I provide this little slice of my background with smallmouth bass because Nate and I have been contemplating an idea that some might think would tarnish my love for the species or for angling in general.  However – we’re confident that it won’t.  Here it is:  It’s our personal goal to set the fly tackle world record for smallmouth bass. 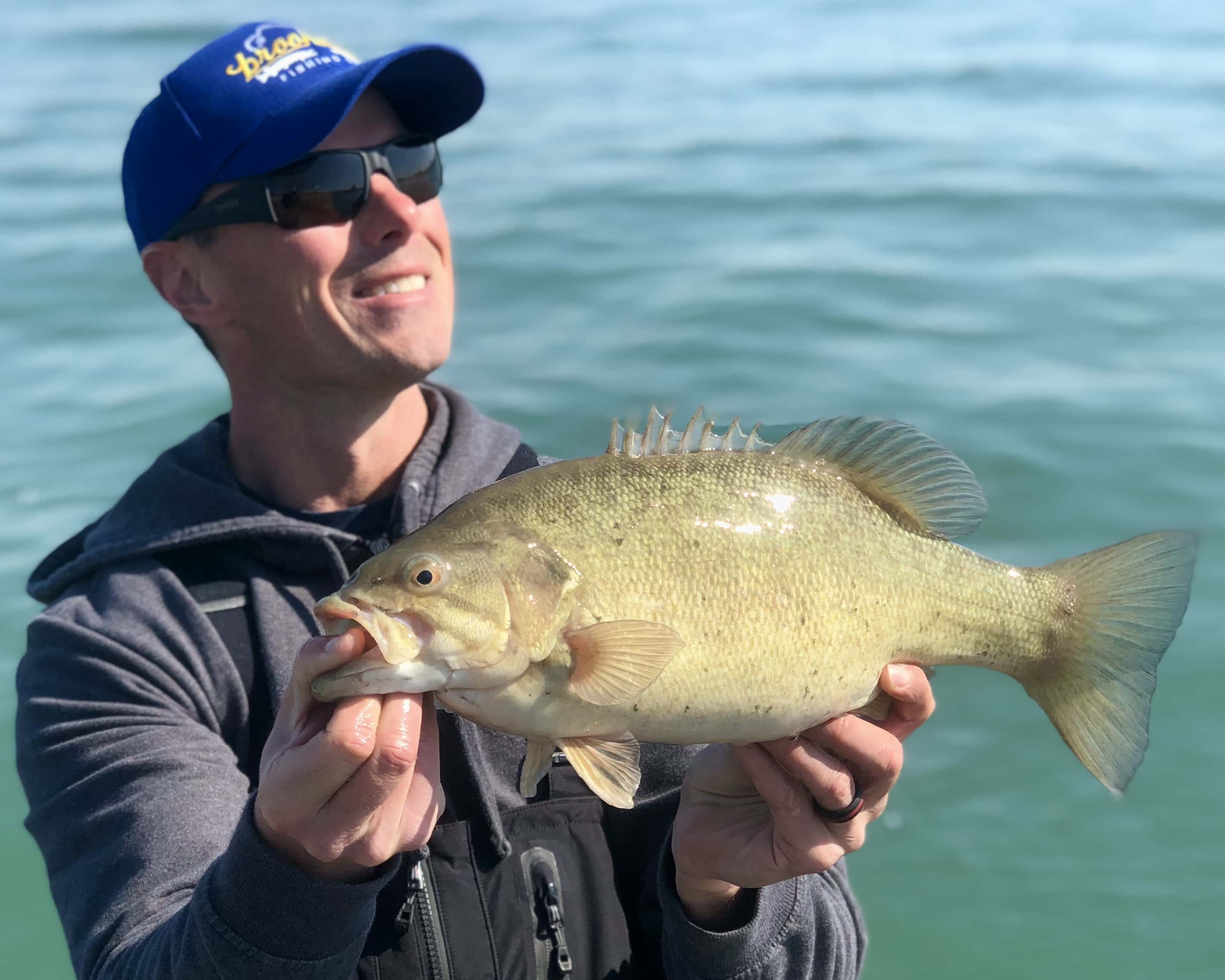 I’m not trying to make a case that I’m a talented smallmouth bass angler. I’m just a guy who happily pursues them on the fly, has had some pretty good success over the years, and am rarely, if ever, disappointed by this pursuit. However, I am disappointed about the lack of love our region receives for pursuing smallmouth bass on fly tackle. 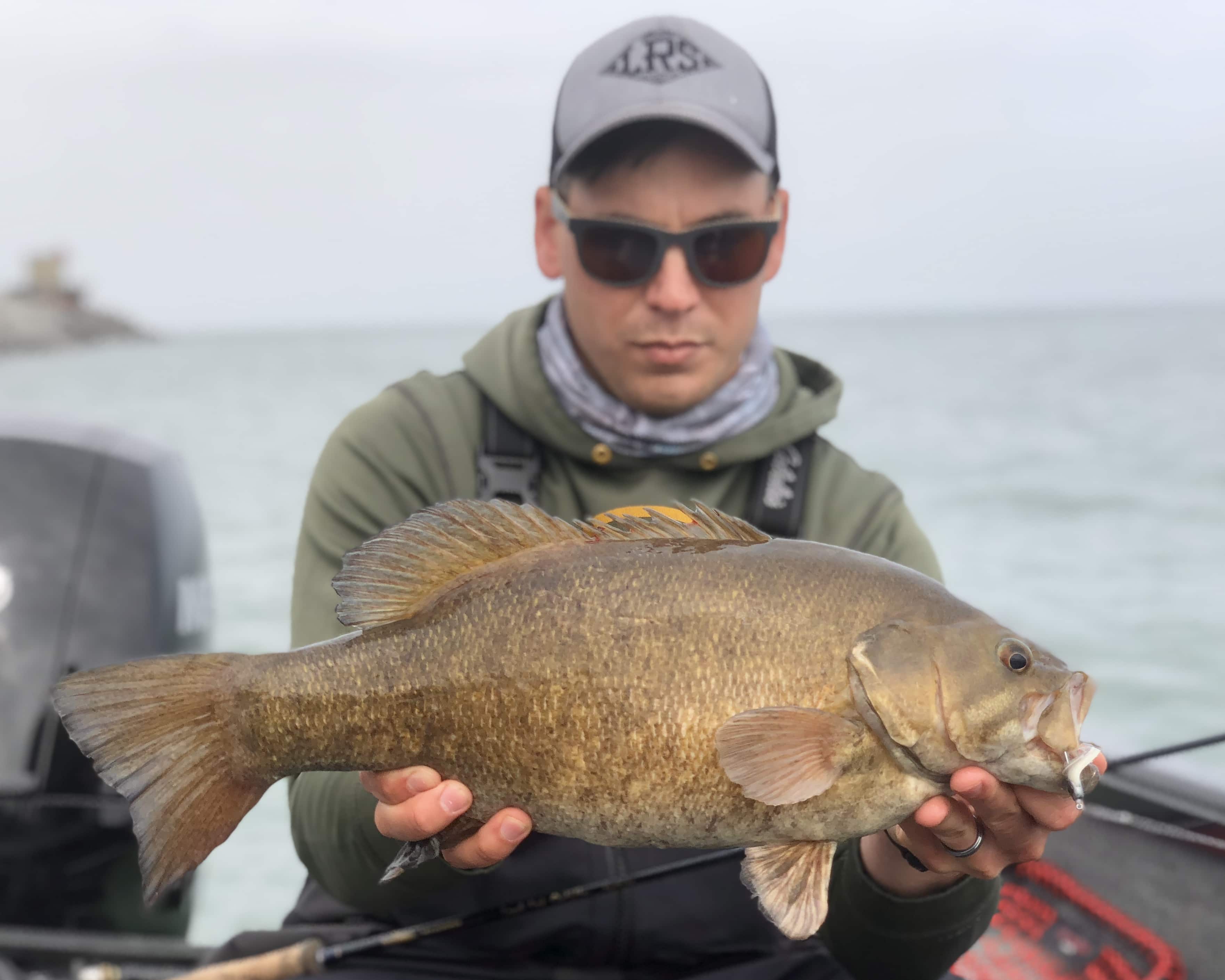 The conventional tackle world has known about the quality of our smallmouth bass fishery for generations. More than half of our conventional tackle clients last year in May and June were NOT from New York. We want the same balance to emerge with fly fishing clients. How better to evoke this shift than appealing to the ego?

Honestly, I’m ambivalent about setting the fly tackle world record for smallmouth bass. I’m not a record chaser but I understand those that pursue world records. Although ego plays some role in this pursuit, I’m willing to bet that most people who pursue records do so because they are goal oriented. Like my goal to fish 50 states on the fly before I turn 50, pursuing world records focuses travel plans, allows you to meet new people, and forces you to learn new techniques. Plus, there’s the added benefit of quantifying and cataloging your efforts in a captivating way. 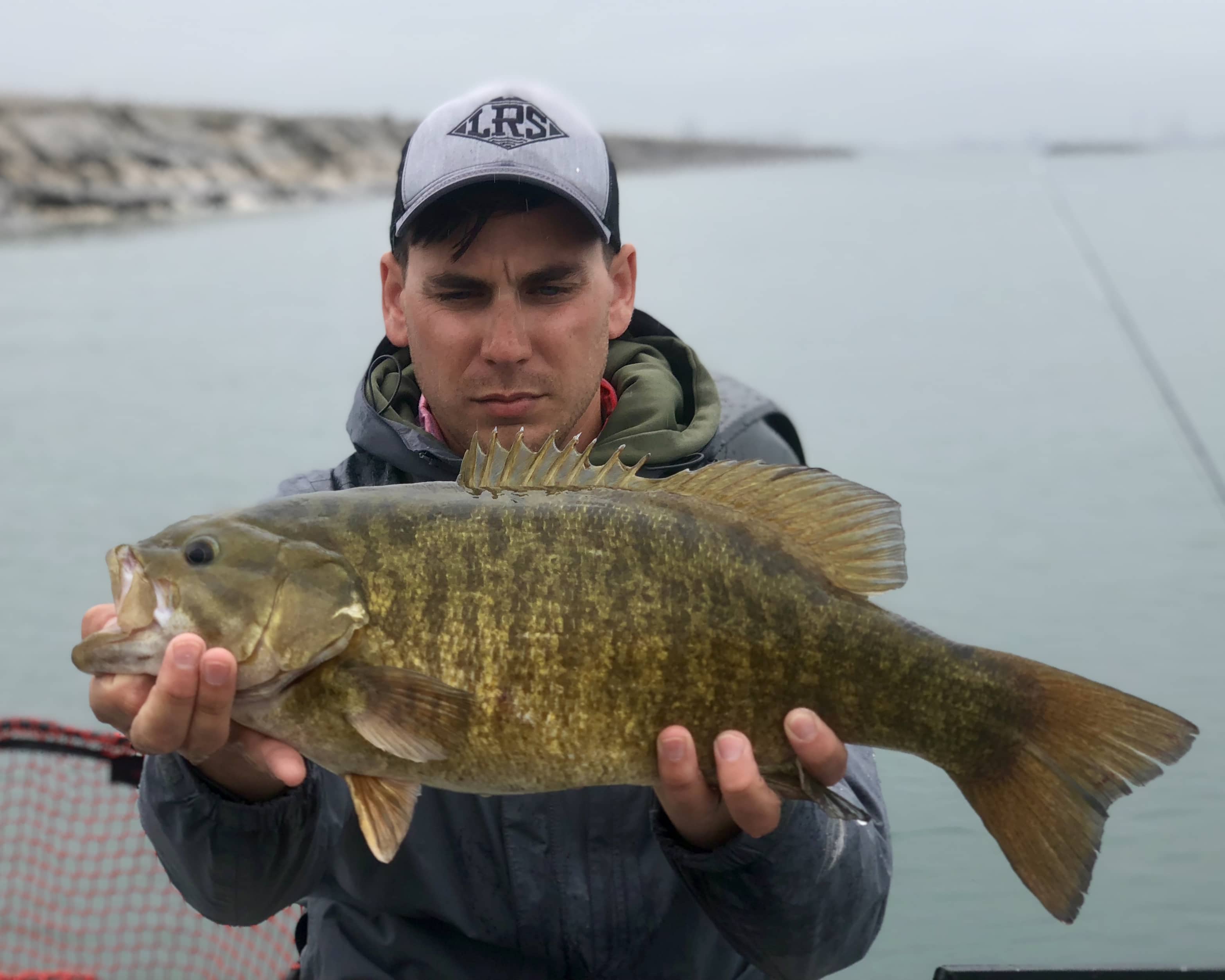 Although I rarely count fish caught in a day or take measurements, I completely understand why people do. It’s that statistic, that figure, that one can toss into those inevitable conversations we have as anglers – the infamous “fishing stories.” This tendency to make comparisons is completely natural and if done so respectfully, can provoke thought and improve everyone’s game. Add “world record” to the conversation and things take on a tone that’s a little more serious and a lot more captivating.

Time for the Buffalo Niagara Region to Represent

Setting a fly tackle world record for smallmouth bass in the Buffalo Niagara region is VERY POSSIBLE. I personally broke the record last year and I know of quite a few more people that did as well. You may be asking yourself why nobody from the region claimed the title. I can only answer for myself but I’m willing to bet it’s the same answer for everyone else – we didn’t know what the record was. 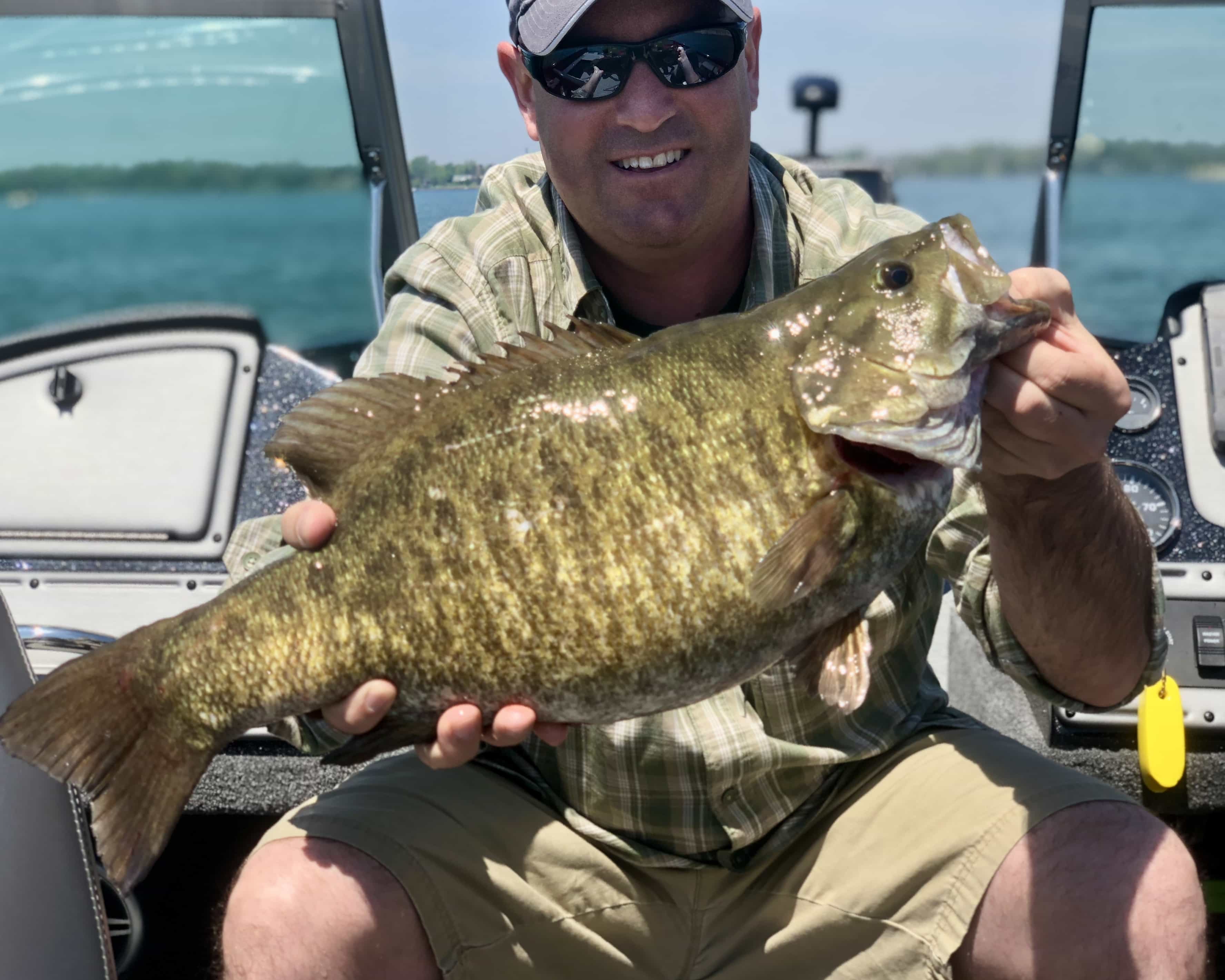 Late last June, a friend and I were reflecting on a particularly insane day on the water when he asked what the fly tackle world record for smallmouth bass was. I didn’t know. So, I looked it up. Here’s the chart but you’re better off clicking here so you know it’s official:

6lbs 12oz – That’s the target. If one was so inclined to break any of the tippet class records – that’d be easy to accomplish if you put in the work. 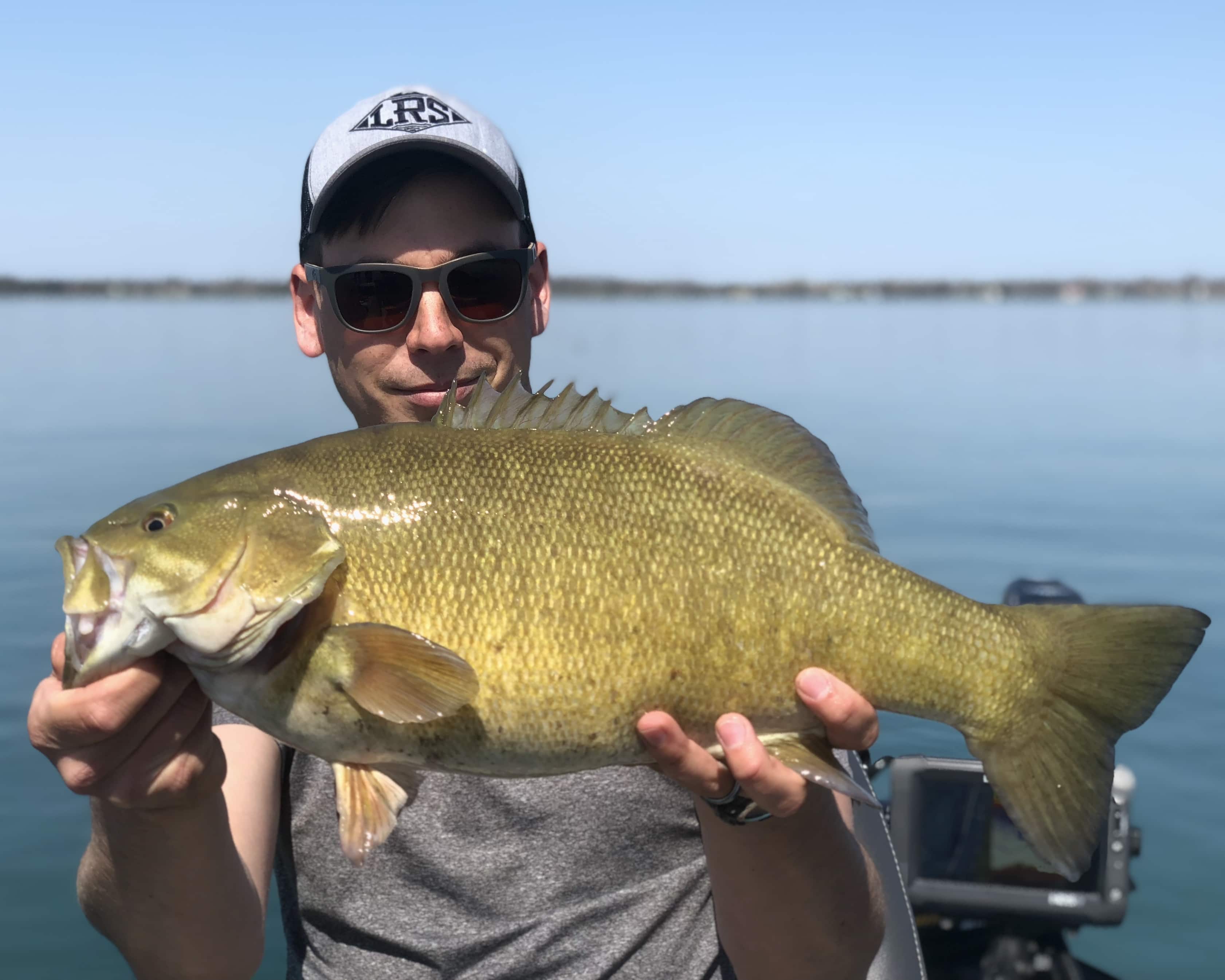 Why Put this out There?

Some people reading this might be wondering why I’m introducing this idea to the masses vice quietly going for the record myself and showcasing it once accomplished. The answer to that question is simple: as I stated before, I’m not a record chaser. I want the Buffalo Niagara smallmouth fly-fishing scene to gain the fame it deserves. If one was to look at the IGFA as a source for information that people can use to pursue the biggest fish of the species – we’re not even registered!

I don’t care who earns the record – if the region gets the exposure it deserves – mission accomplished. So, I guess this is a call to arms for local fly anglers that have access to a boat and love to pursue smallmouth bass on the fly. Let’s all try to break the record.

If your name is currently on the IGFA record board, stand by – I’m very confident it won’t be there after this year. There are more than enough fly anglers with boats in the Buffalo Niagara region to break these records just fishing casually in early summer. 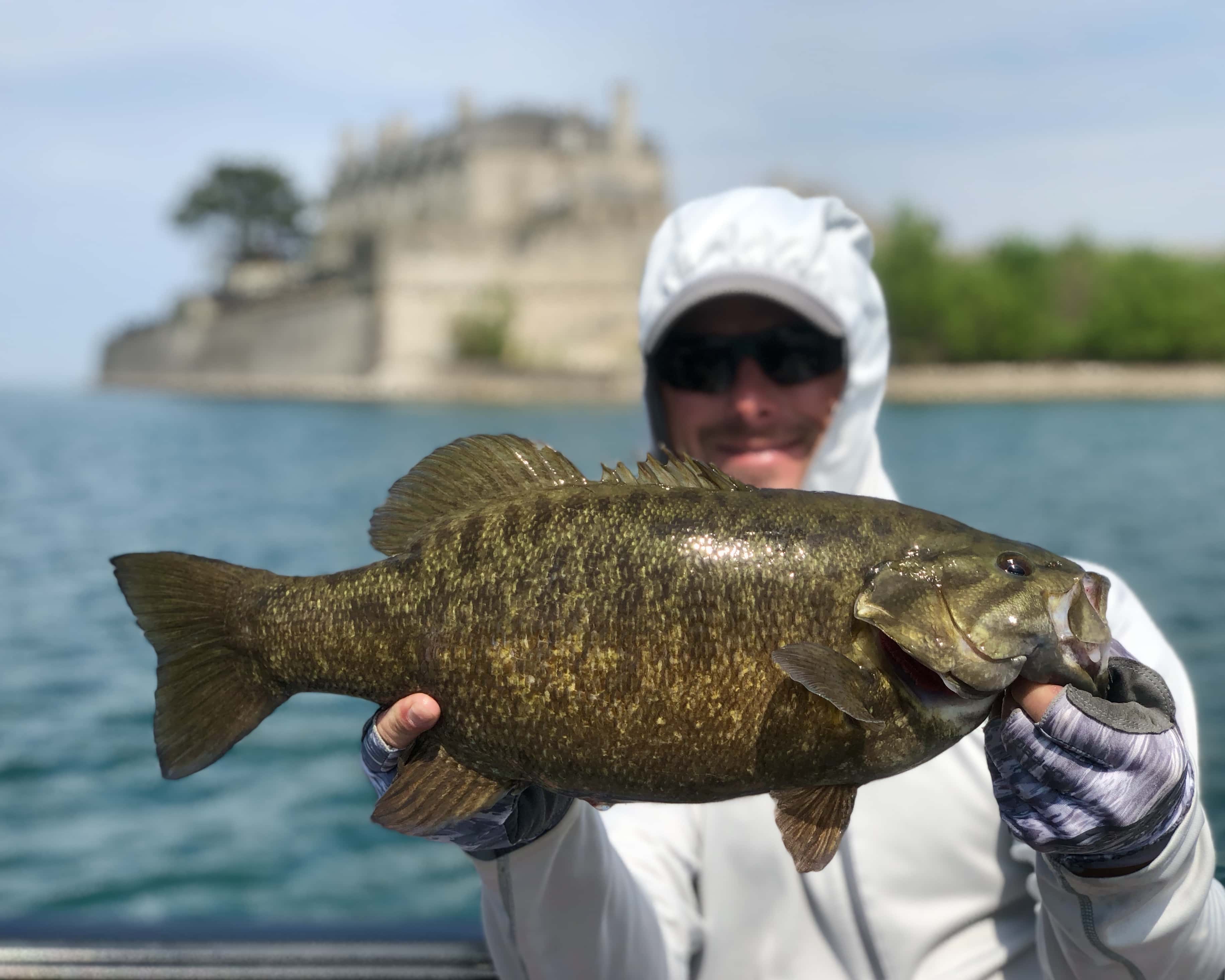 My primary concern in all of this is the safety/well-being of the fish. Read all the IGFA rules and regulations CAREFULLY (tap here). Watch this for proper handling procedures (tap here). A fish that breaks the fly fishing world record is a gem – a natural wonder – don’t shit all over it like humans often do. Admire it, handle it carefully, and let it go. 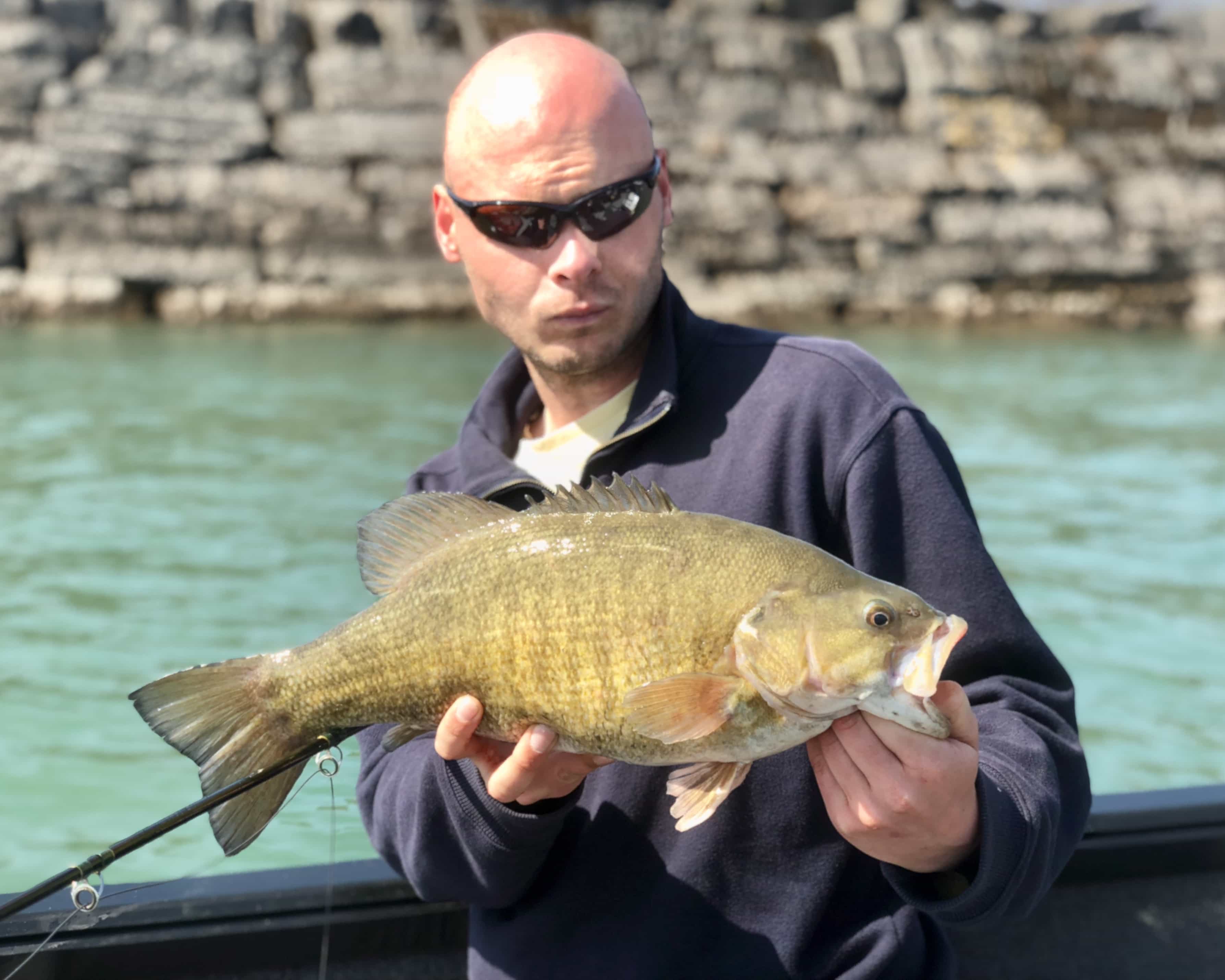 See you on the water!

Note:  every bass pictured in this article could’ve broken a line class world fly fishing record.  One of them – you know which one – would’ve beat it by 3/4 of a lb.

Women anglers – if you don’t break the record here this year, you didn’t put much time on the water.  In other words, it’s yours for the taking.