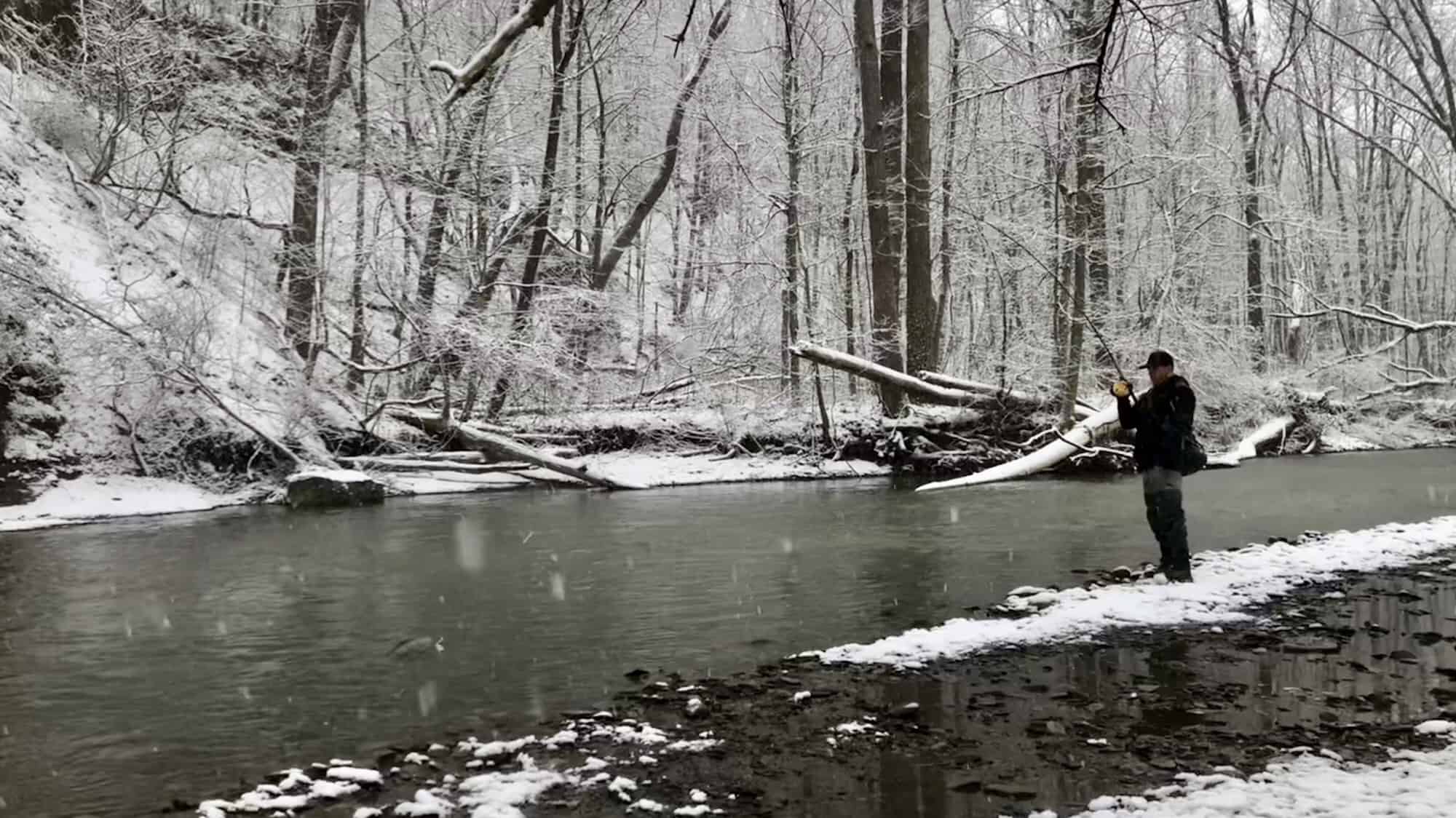 What is a false spring? I made the term up this past week. Well…in my head I made it up and haven’t bothered to research if it’s a real thing. A false spring is when the images and sensations one so fondly associates with this season don’t seem to come to pass. Things like budding trees, warmer temperatures, increased time outside, the smells of flowers, pairing of animals, birds you haven’t seen in a while showing up, etc. just don’t seem to be happening.

The Vernal Equinox was nearly 3 weeks ago, yet it snowed on us while we were on the water 3 times this past week. Ice continues to choke up most of the Niagara River. I haven’t seen evidence of budding trees anywhere. Mid-day yesterday, while breaking the ice out of the guides on my fly rod for the fiftieth time, I culminated. Being cold is getting old. When will this false spring turn into something all of us usually associate with this time of year? 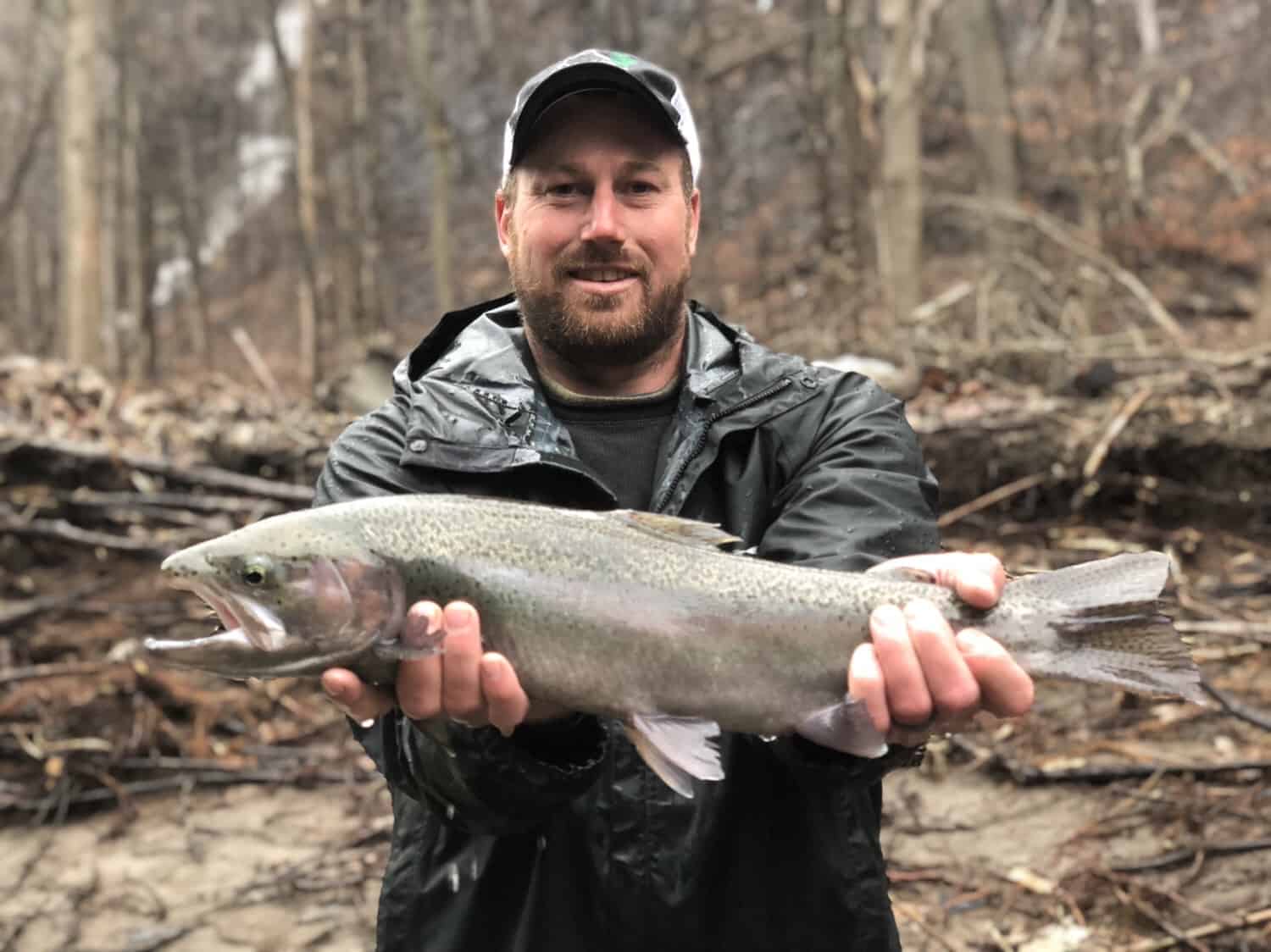 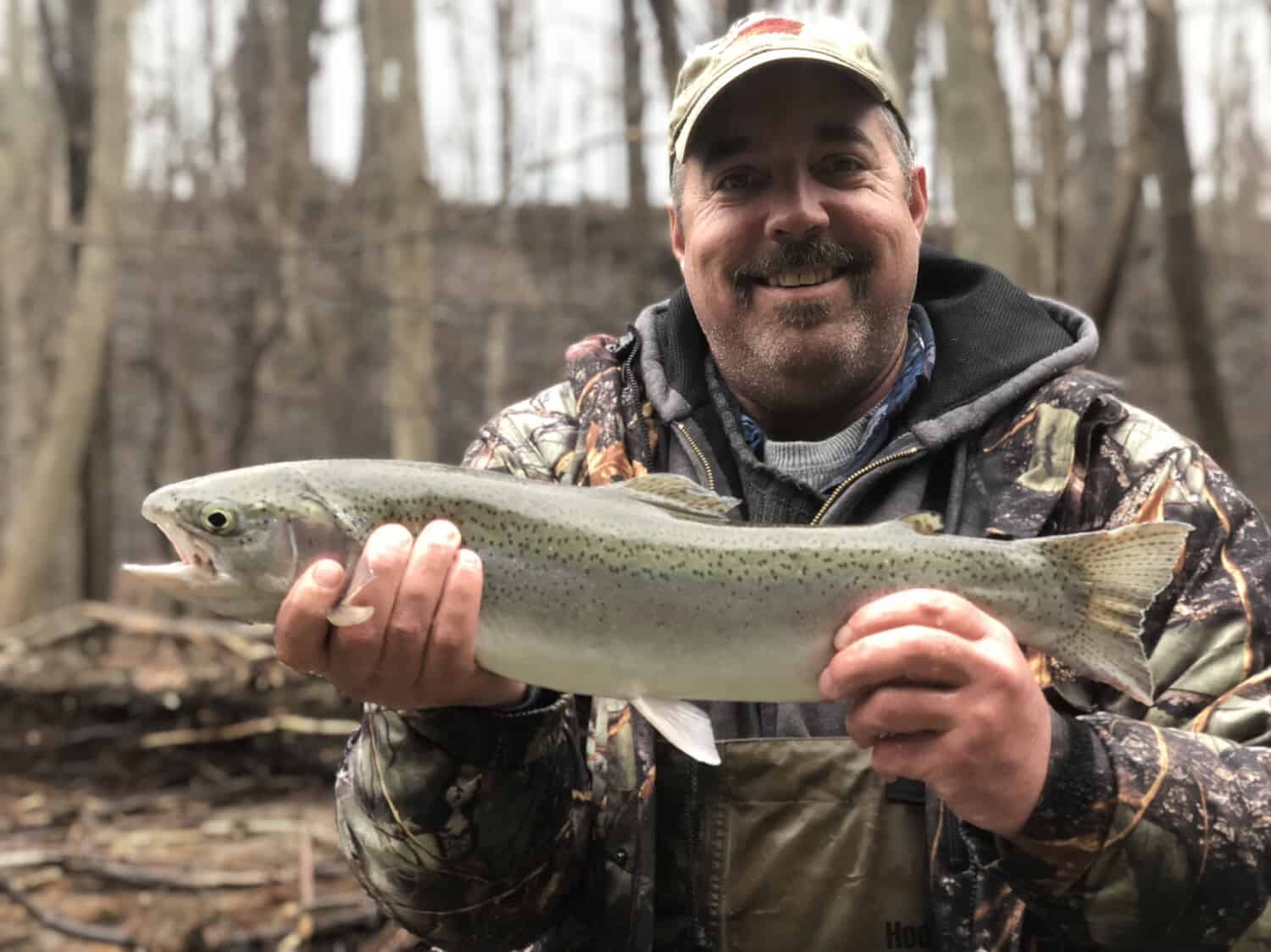 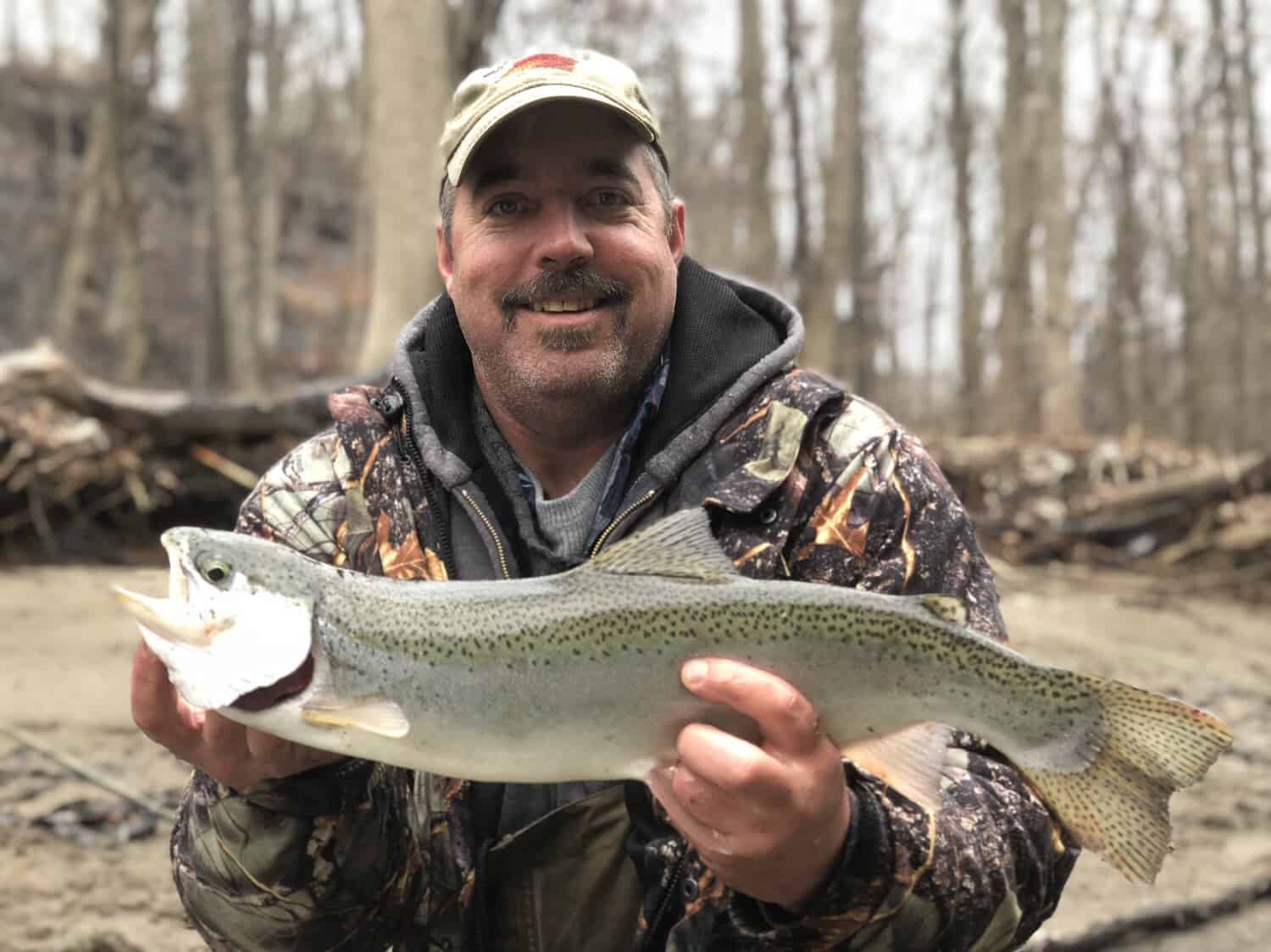 The Silver Lining of a False Spring

Although I have a high threshold for pain, watching the snow fall as I write this is generating a little bit of anxiety. Admittedly, my first response to watching these big flakes come down is, “REALLY! REALLY!” Although this weather is gloomy and somewhat painful (mentally and physically), there is a silver lining for those who love to catch steelhead. 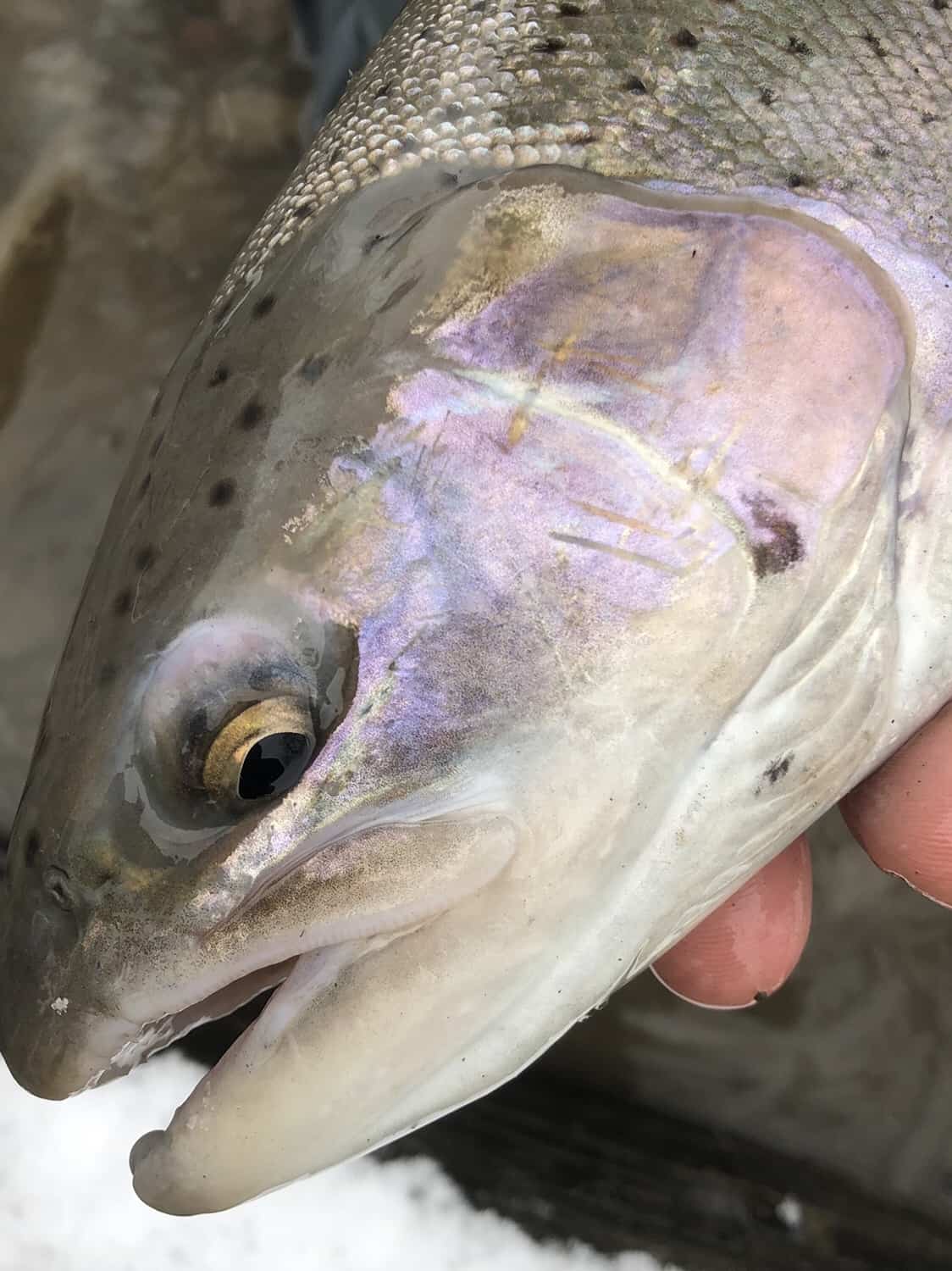 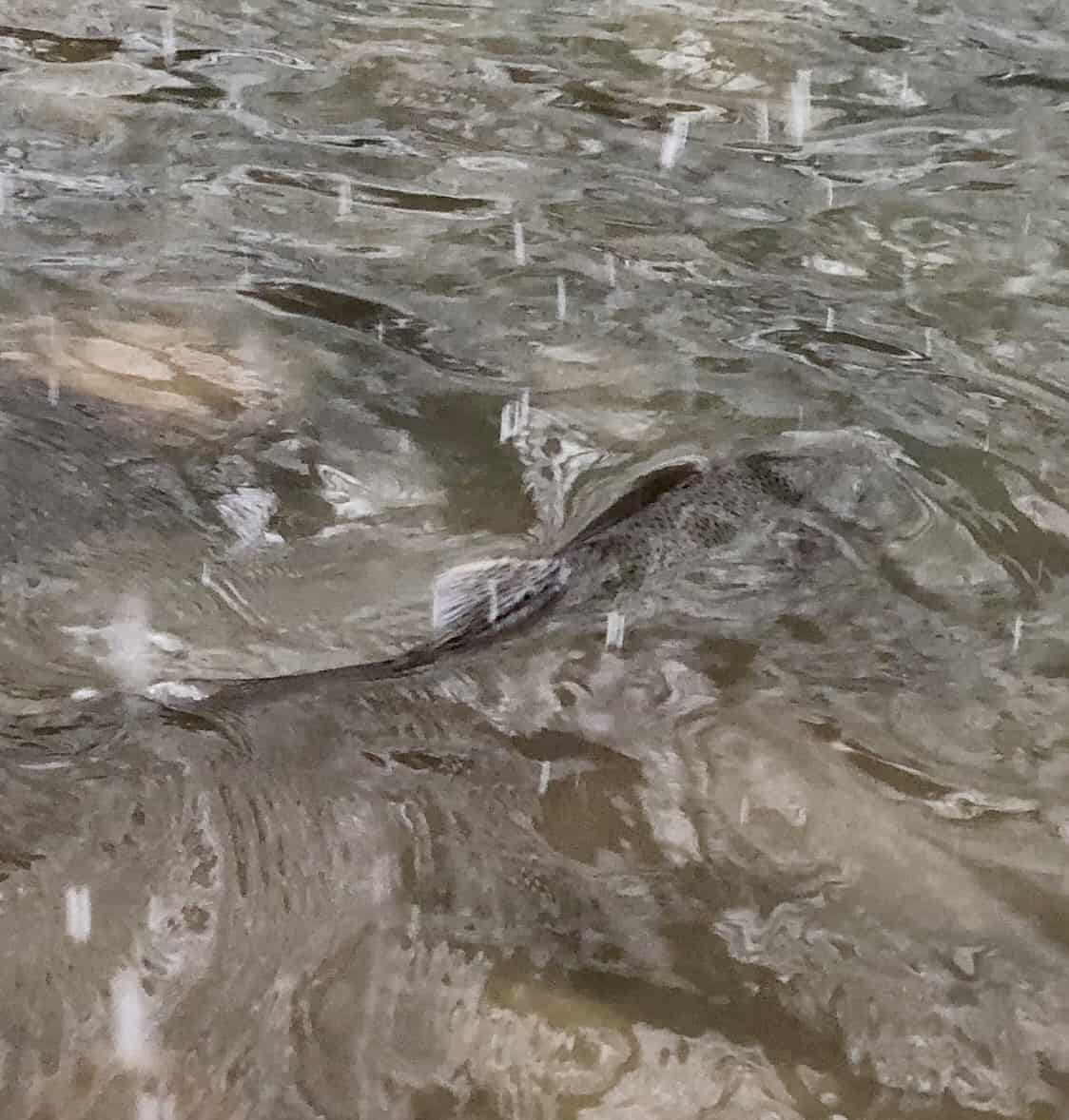 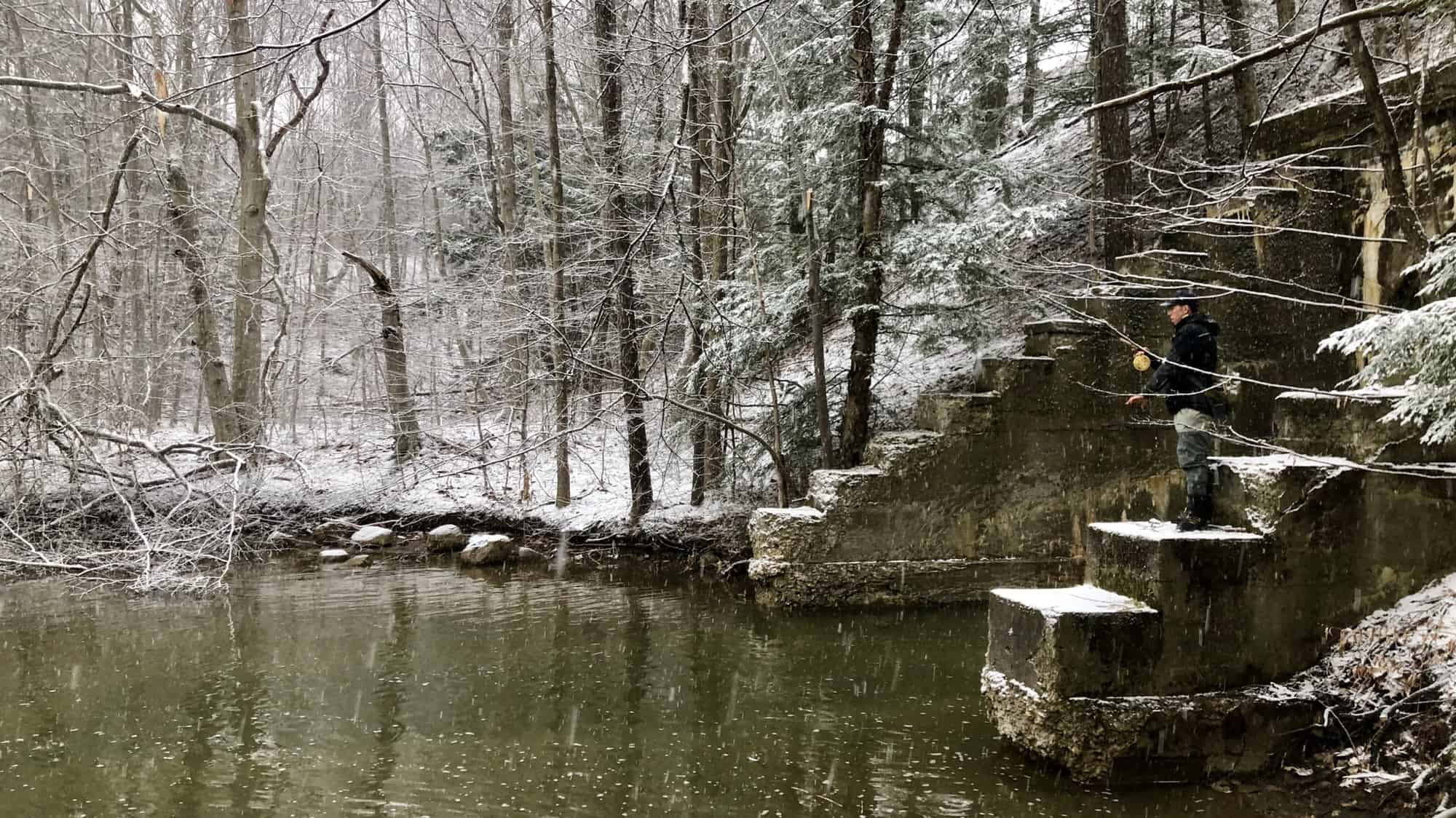 Many of the steelhead fanatics around here are somewhat excited about this false spring phenomenon. I say somewhat because few, if any, people want it to remain cold for too much longer. However, these cold temps are keeping the steelhead in the creeks and that’ll likely remain the case until early May. I can’t honestly say that I’ve seen a spring run of steel kick off in earnest. Sure, a few chrome fish started popping up before Wednesday’s crazy wind storm, but the overwhelming majority of the steel landed lately have been drop backs.

If the spring run is happening in earnest, it’s a slow walk rather than a run. That’s exciting because catch rates have been high lately. If fresh fish continue to enter all the tribs while the fall run fish slowly drop back, we’ll be in for some amazing days on the water in the upcoming weeks.

From a guide’s perspective – that’s great news. From this guide’s perspective – that’s cool BUT I’m longing for change. What I love the most about guiding in the Buffalo Niagara Region is the variety this fishery has to offer. As seasons change, the target species change as well. We’ve been fishing for steelhead since last October. It’s felt like winter here for nearly six months. Although steelhead are a lot of fun and I will happily take advantage of the prolonged pattern of this false spring, I’m also ready to wet the net with something new (read SMALLJAWS!!!). This time last year, we filmed the first part of this video and were guiding clients on the tribs for smallies. Look at the difference.

We’re keeping our fingers crossed for something spectacular to happen. A quick shift to warmer temps might just push a ton of smallies into the creeks while the steelhead are still in heavy but dropping back. To some extent, this happens every year. However, it’s amazing when there is a significant overlap. Every cast is anyone’s guess about what species may hit. However, there is no guessing about the size of the fish – it’ll be big.

We logged a lot of time on the water this past week. We had clients in from Maine on a fishing bender that they executed like pros. On Easter, we recon’d the tribs to get a sense of when they’d be fishable (recall the ton of rain we received the few days prior). On Monday, we hit the river and had an awesome day. Good numbers and a few nice sized fish. We walked the tribs Tuesday and caught 2 of them just right. Perfect water clarity and temperature resulted in an awesome streamer bite and many fish brought to the net. Then the big storm rolled in Wednesday and messed everything up. Well, it messed up the big water but the tribs recovered quickly and continued to produce fish for the rest of the week. 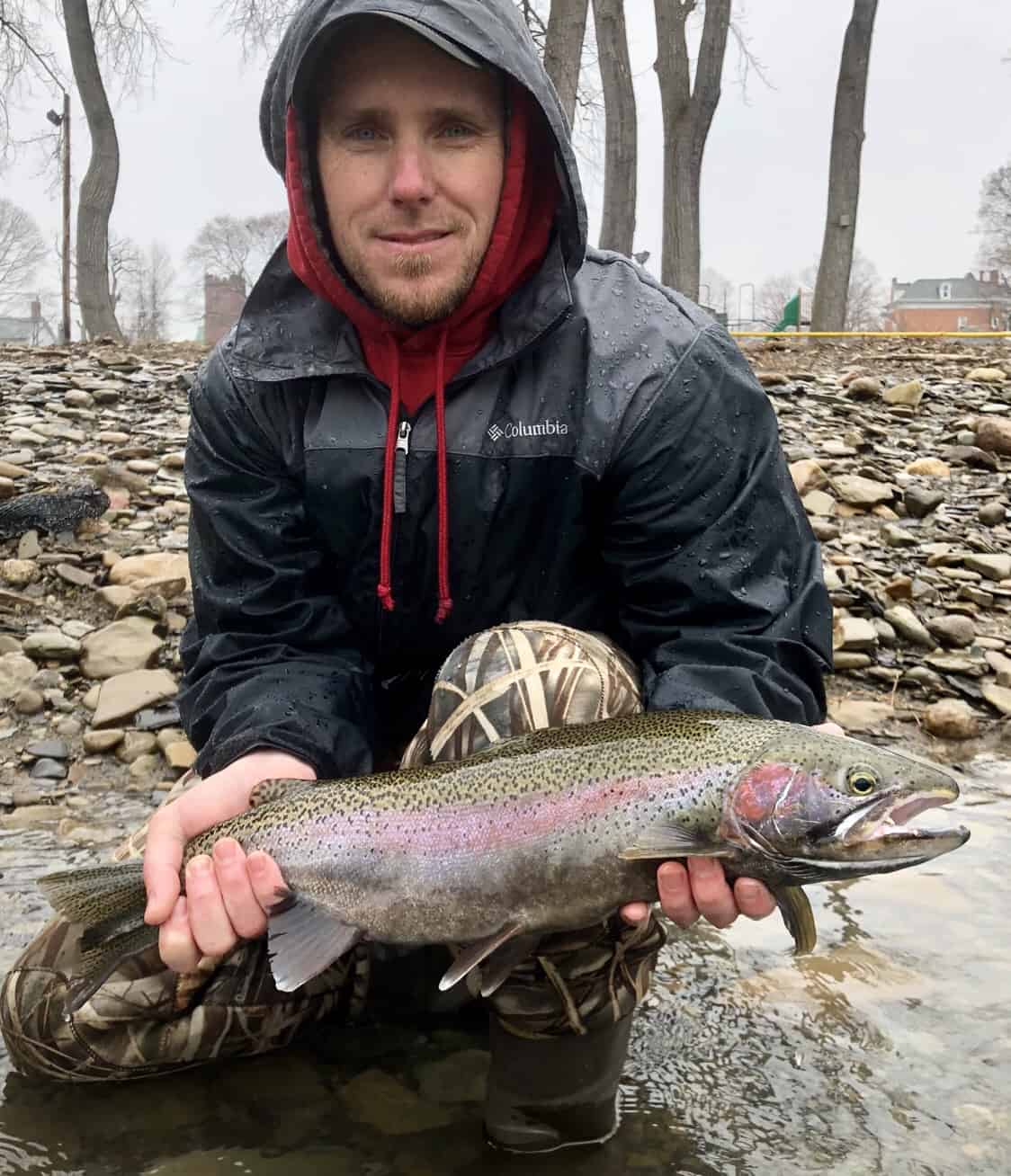 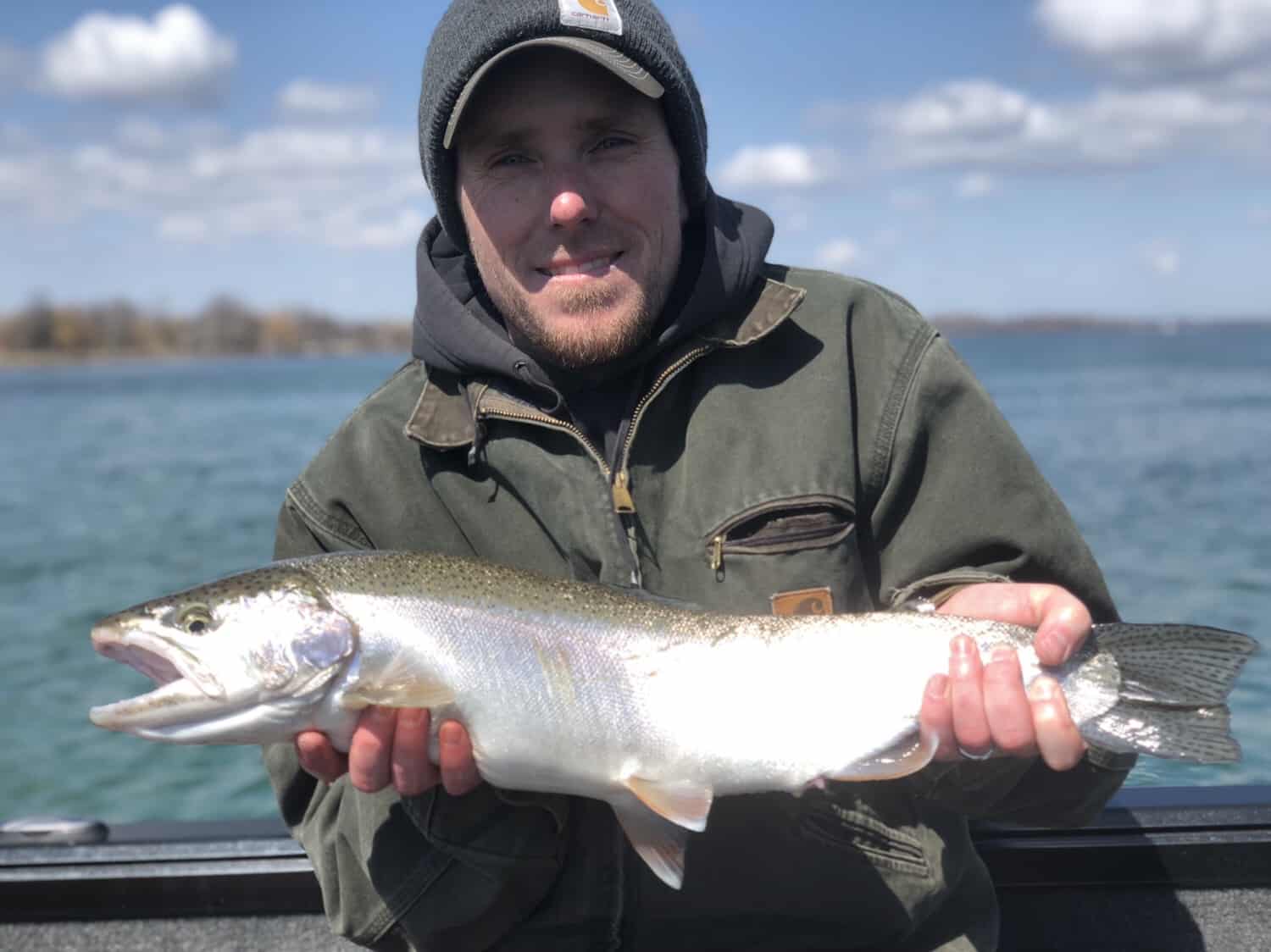 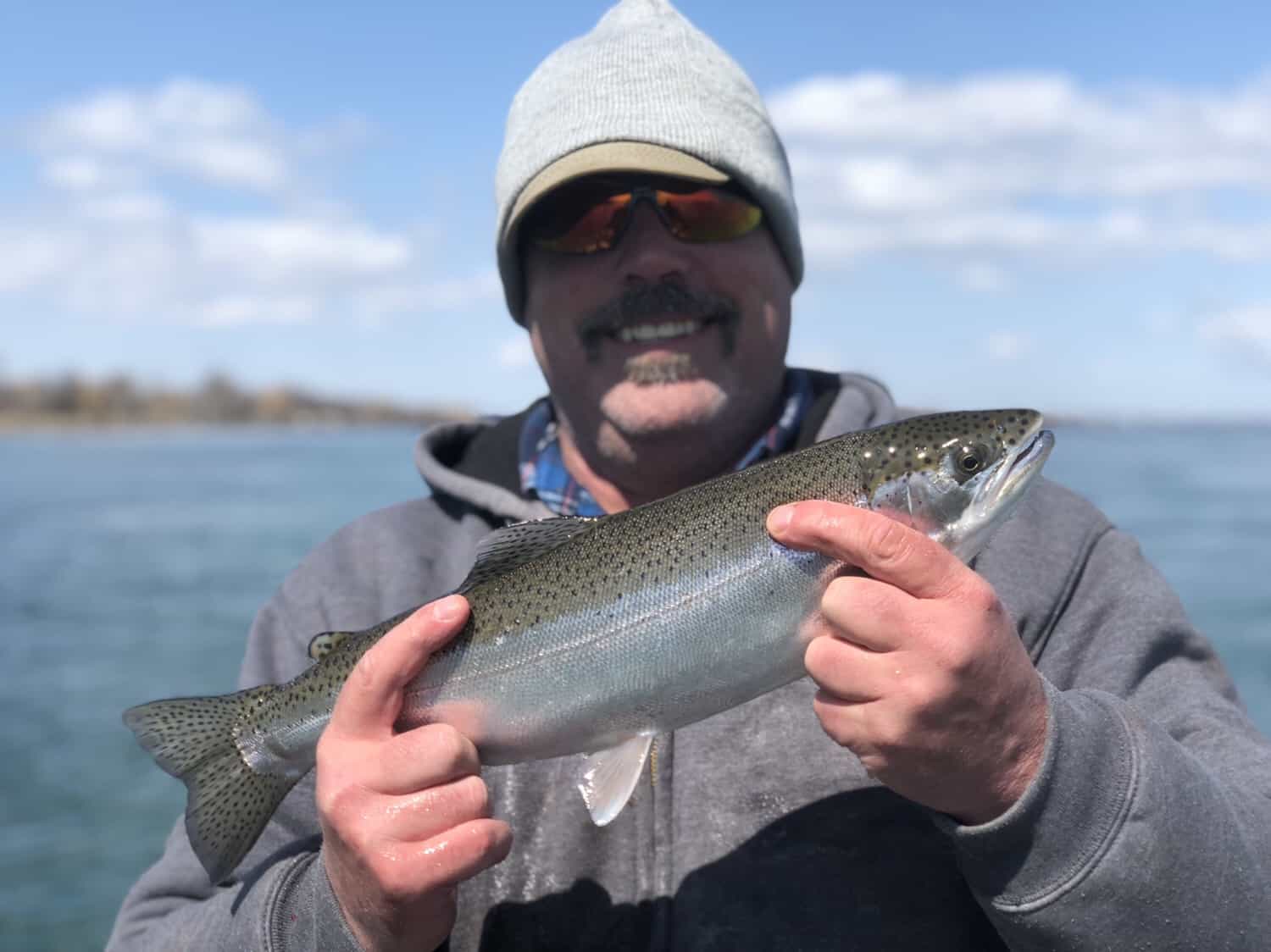 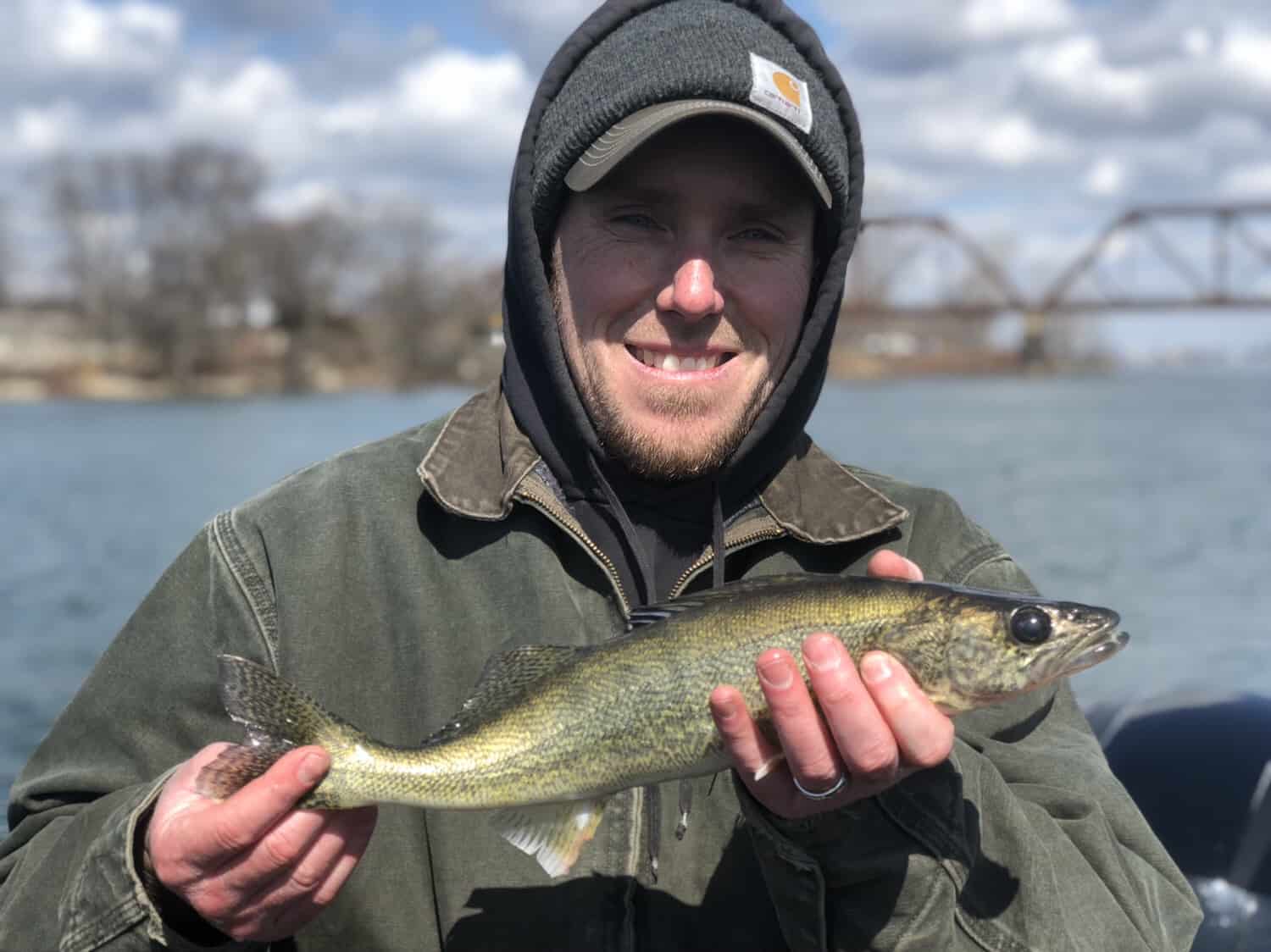 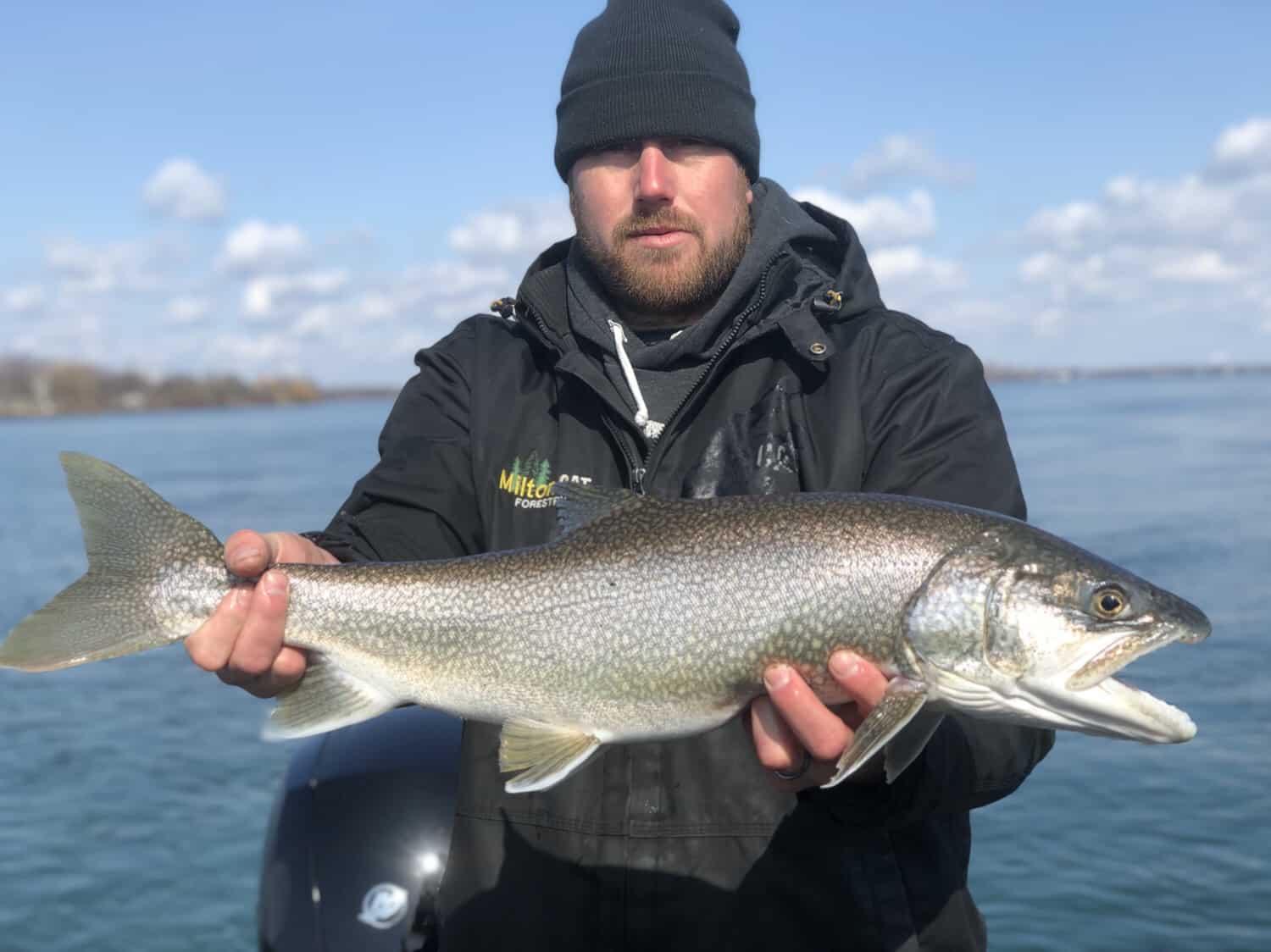 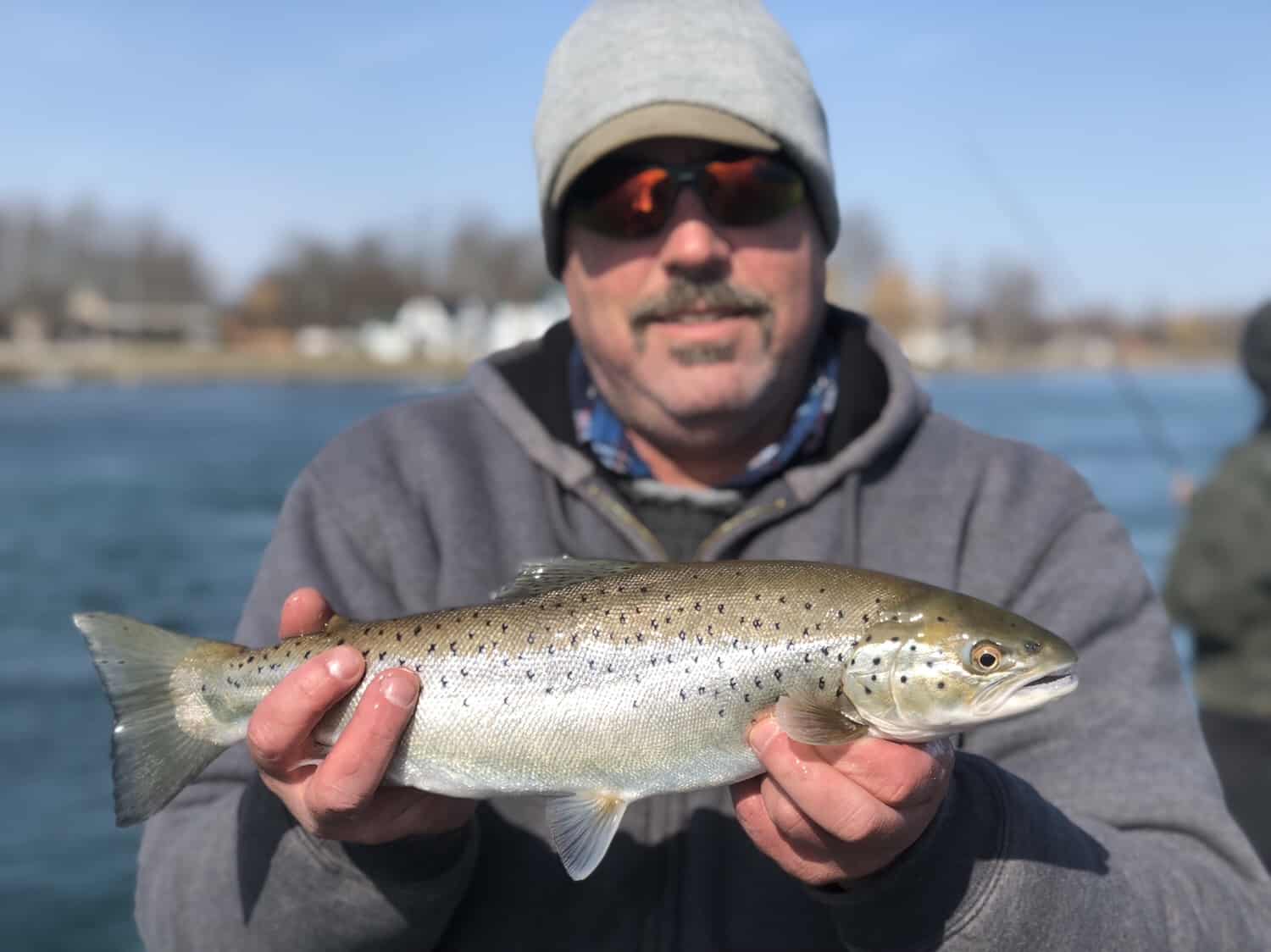 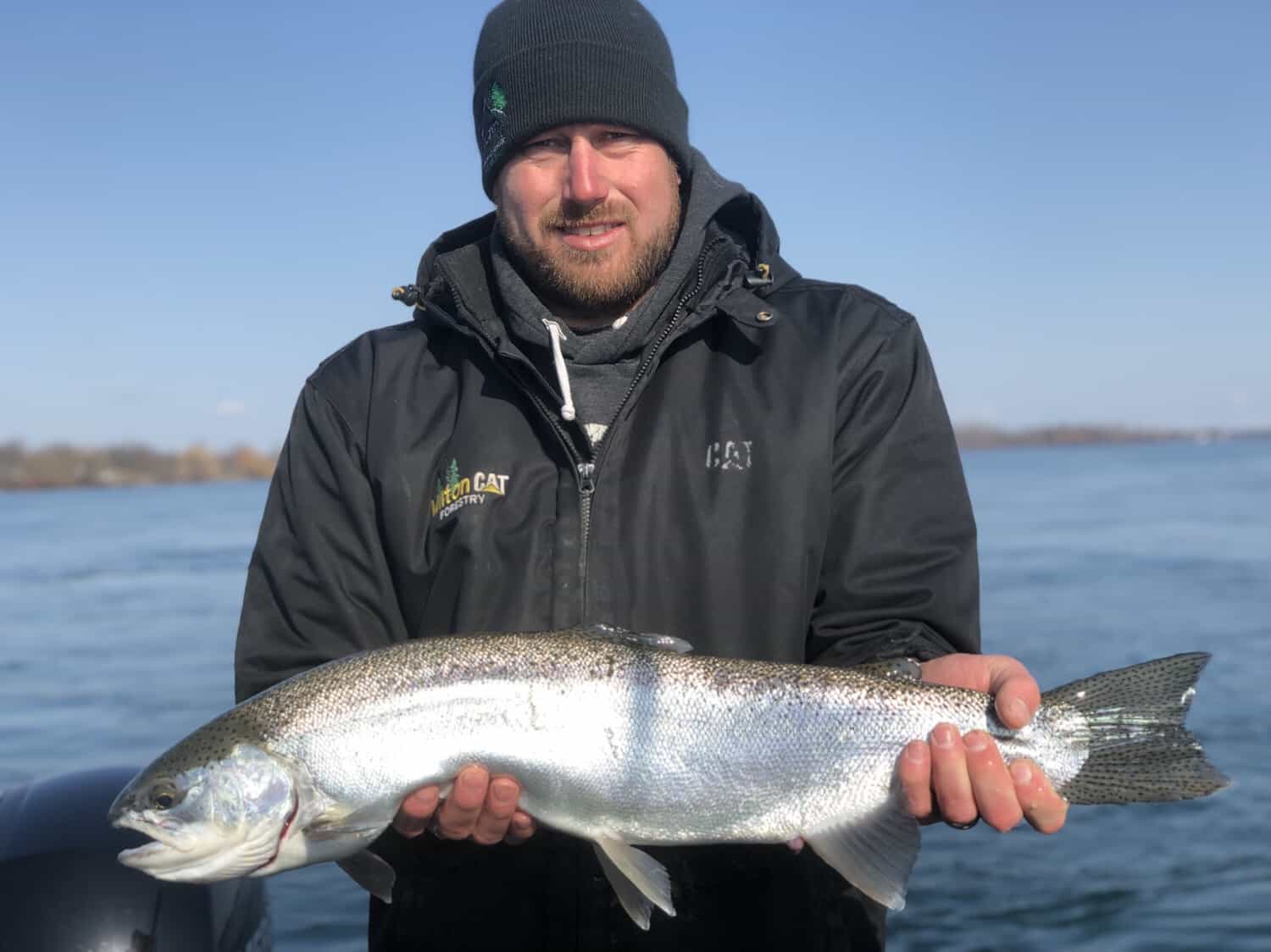 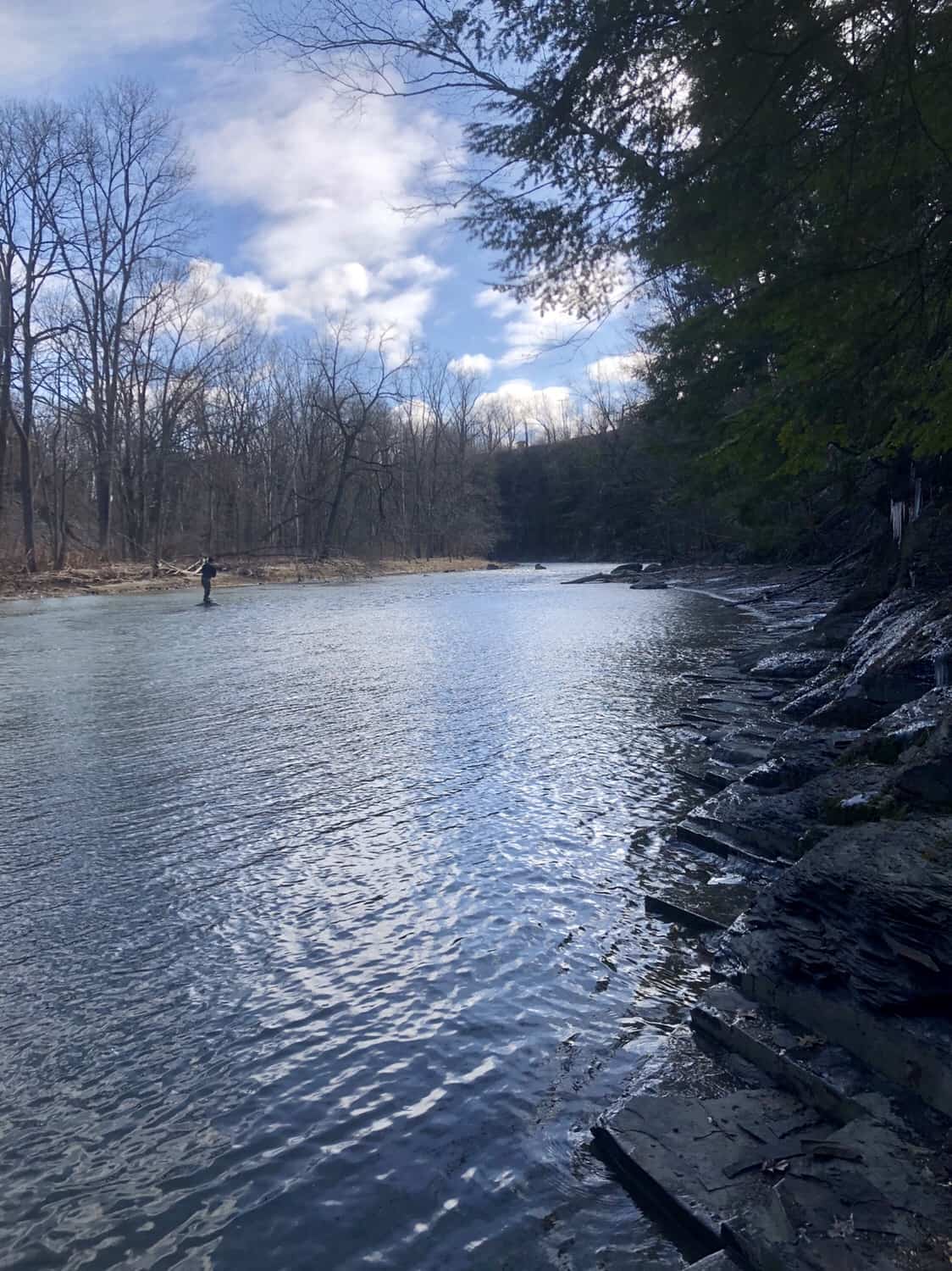 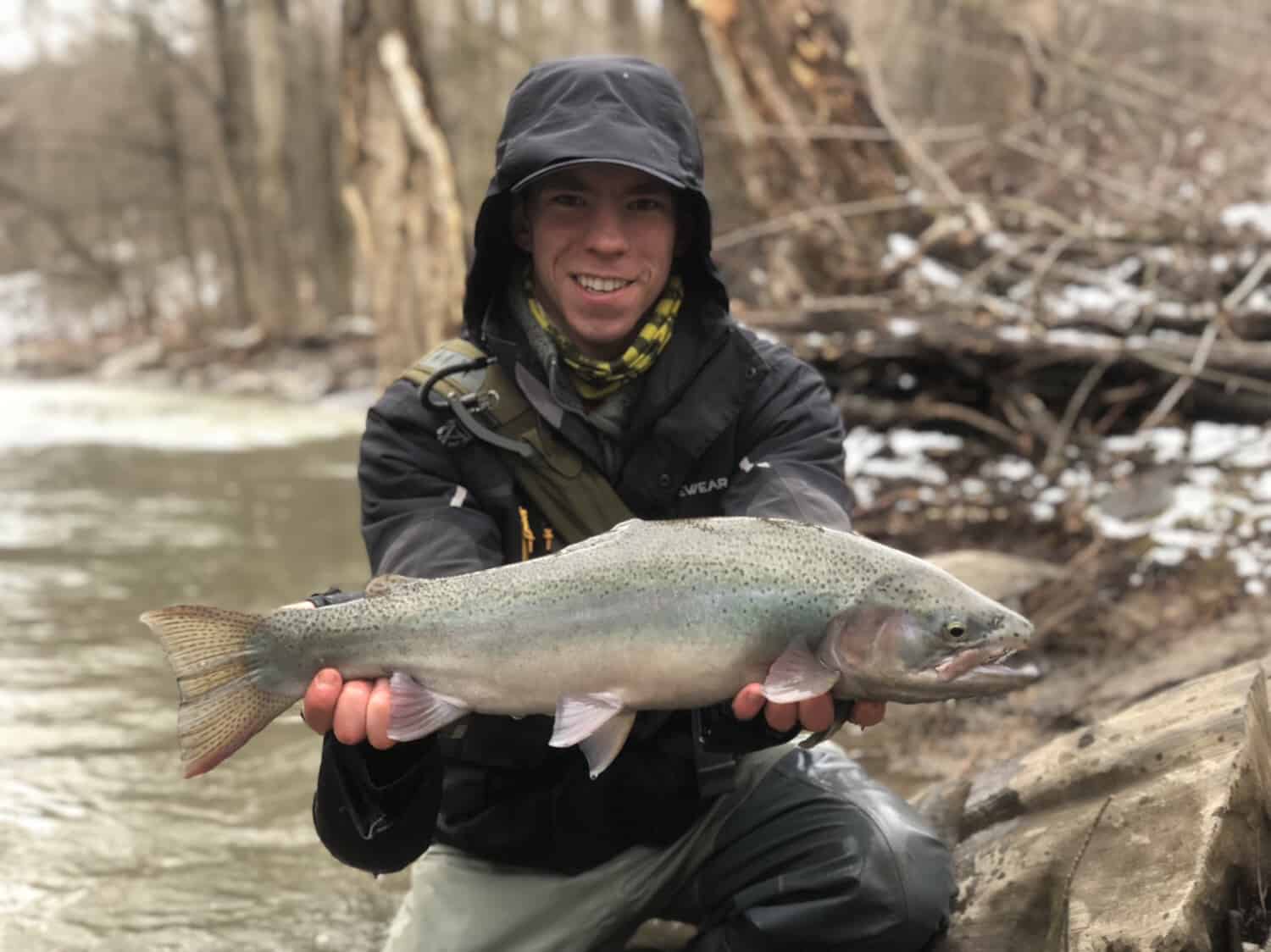 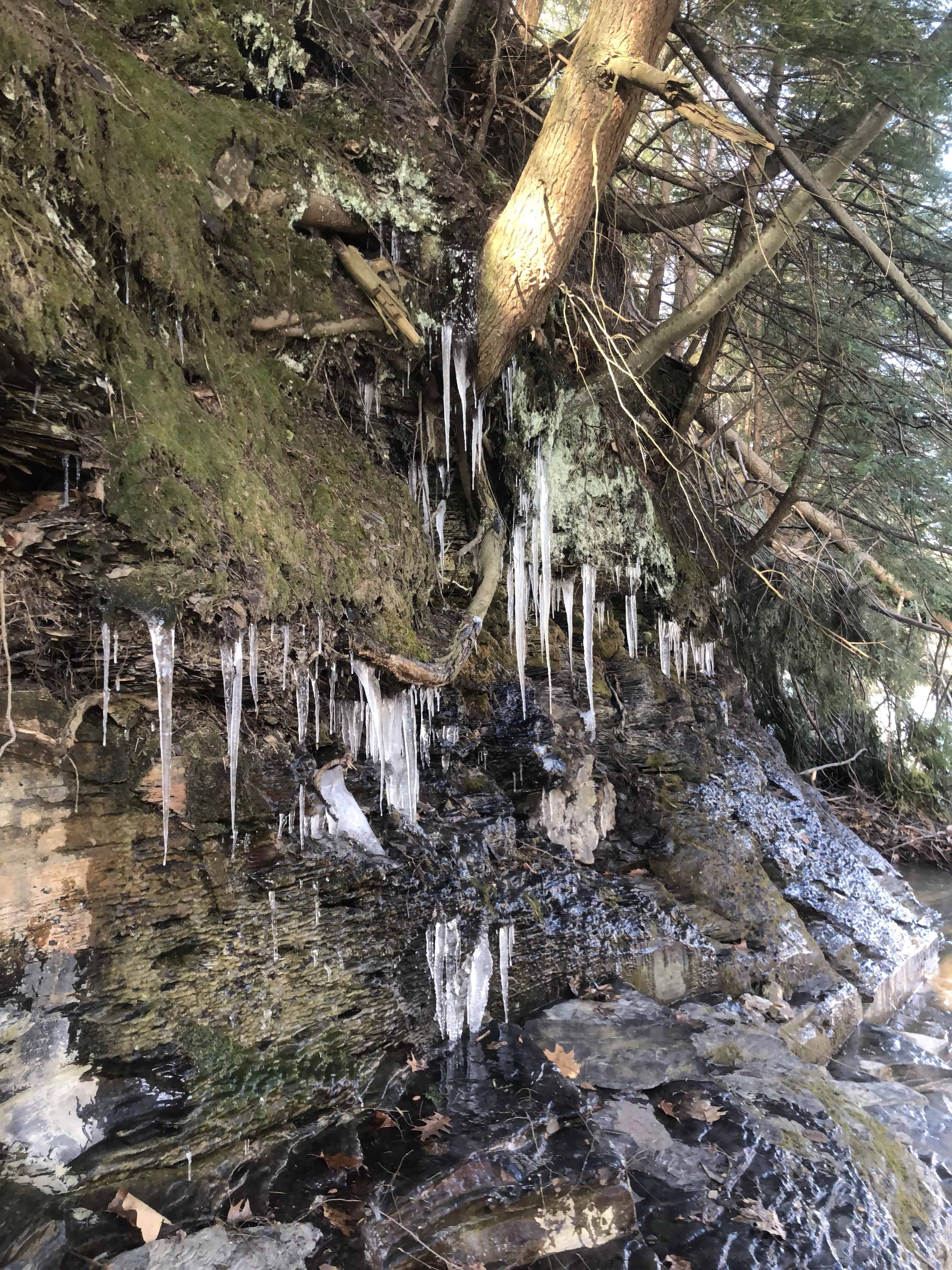 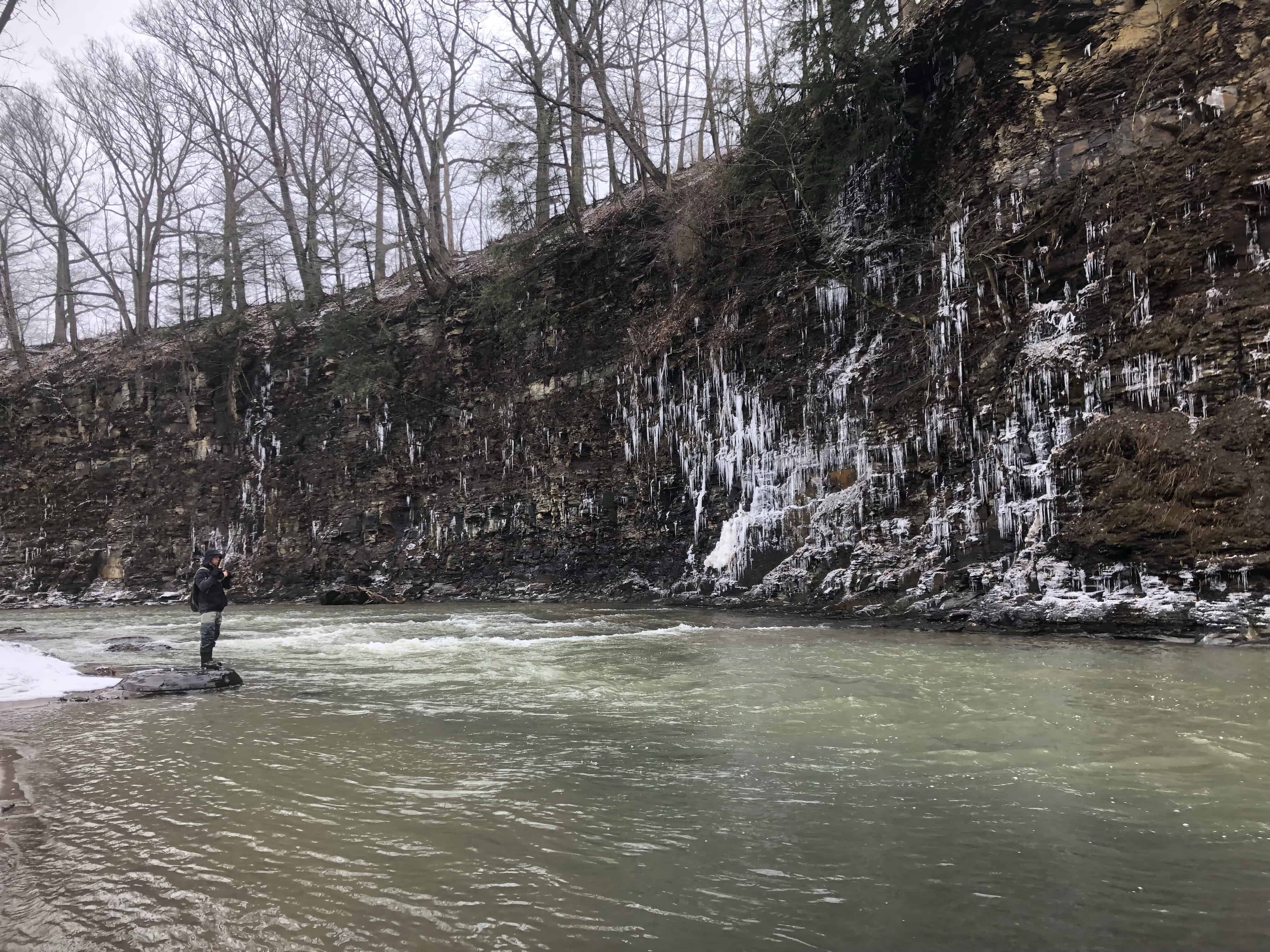 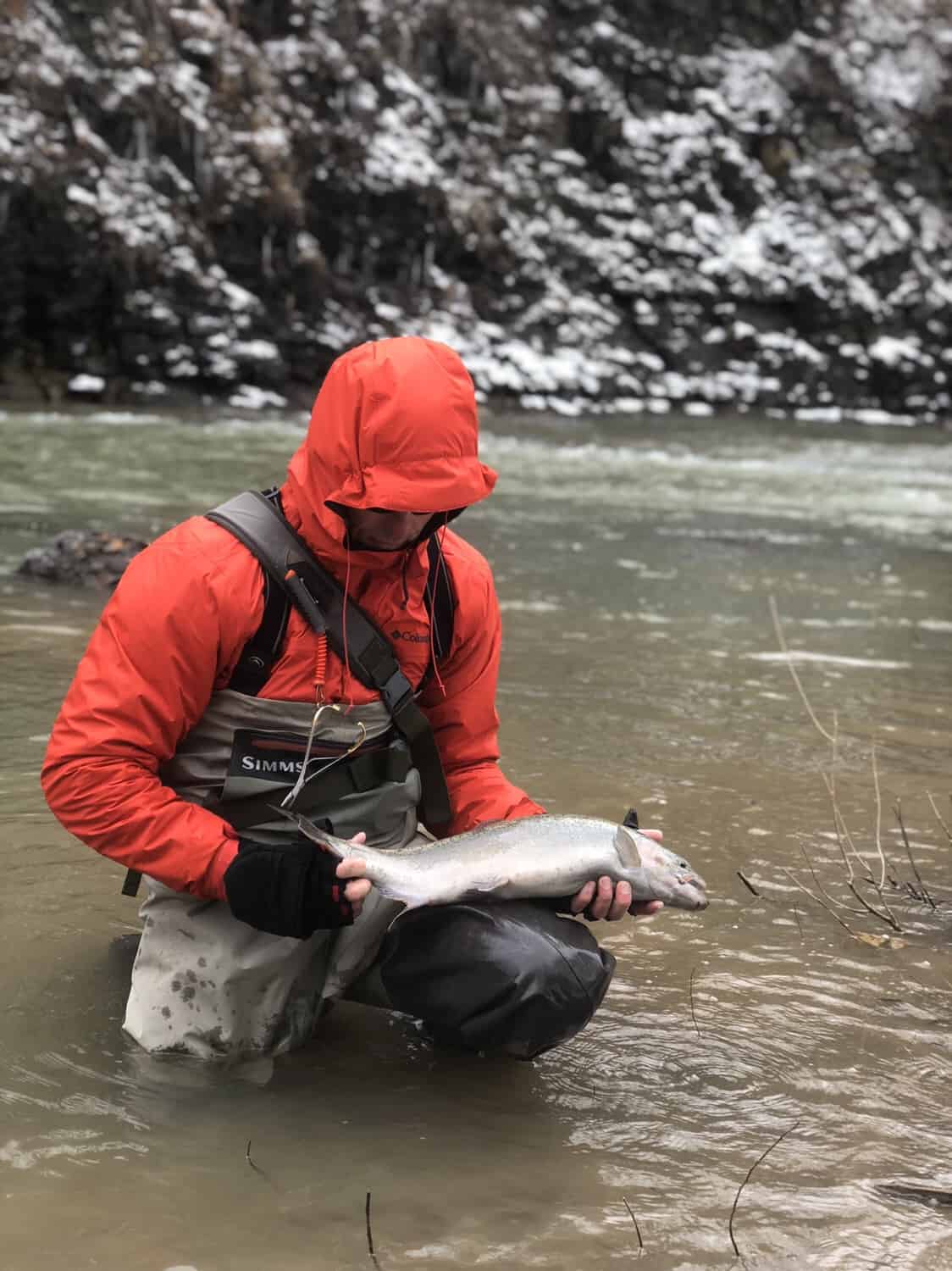 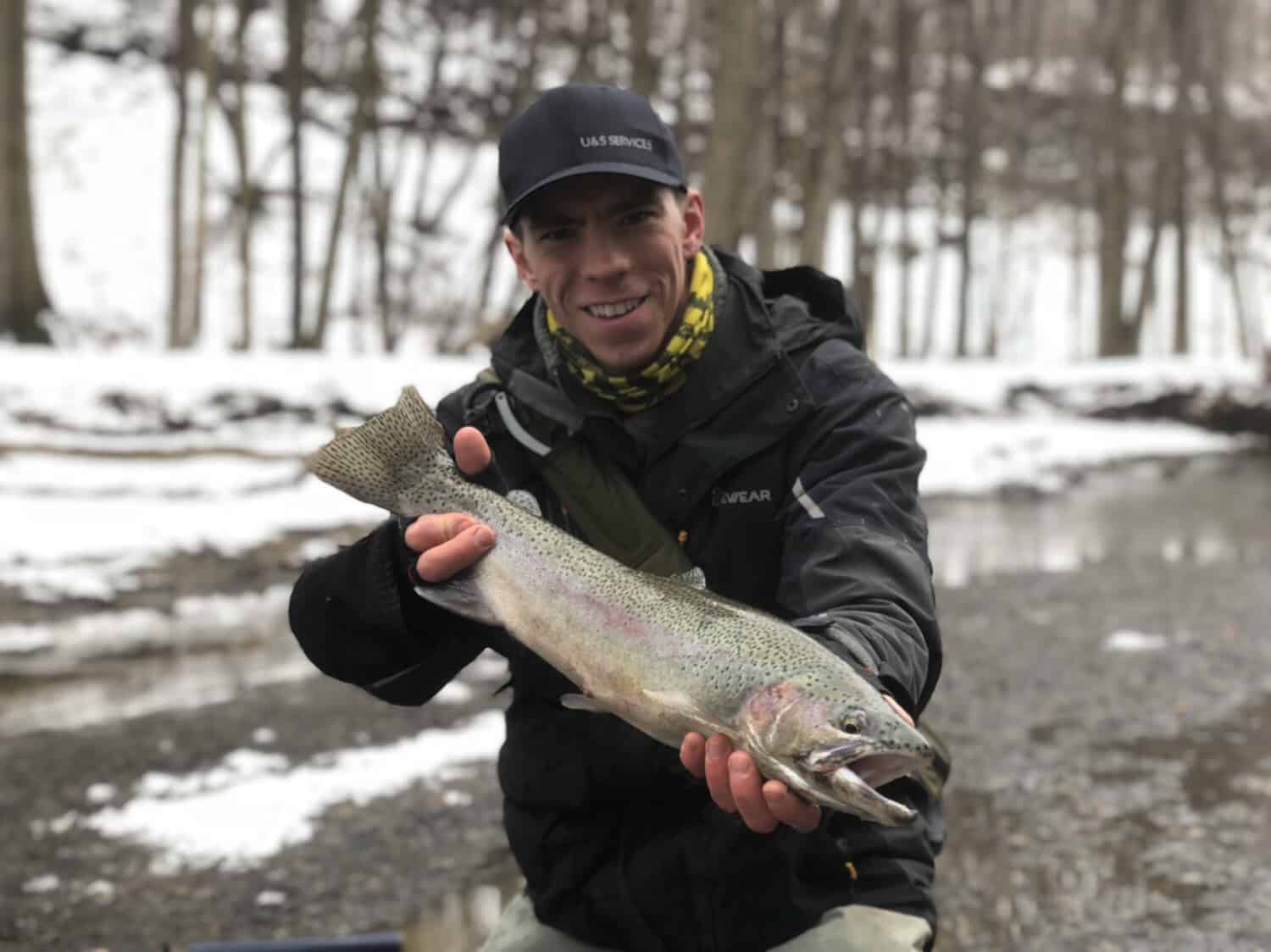 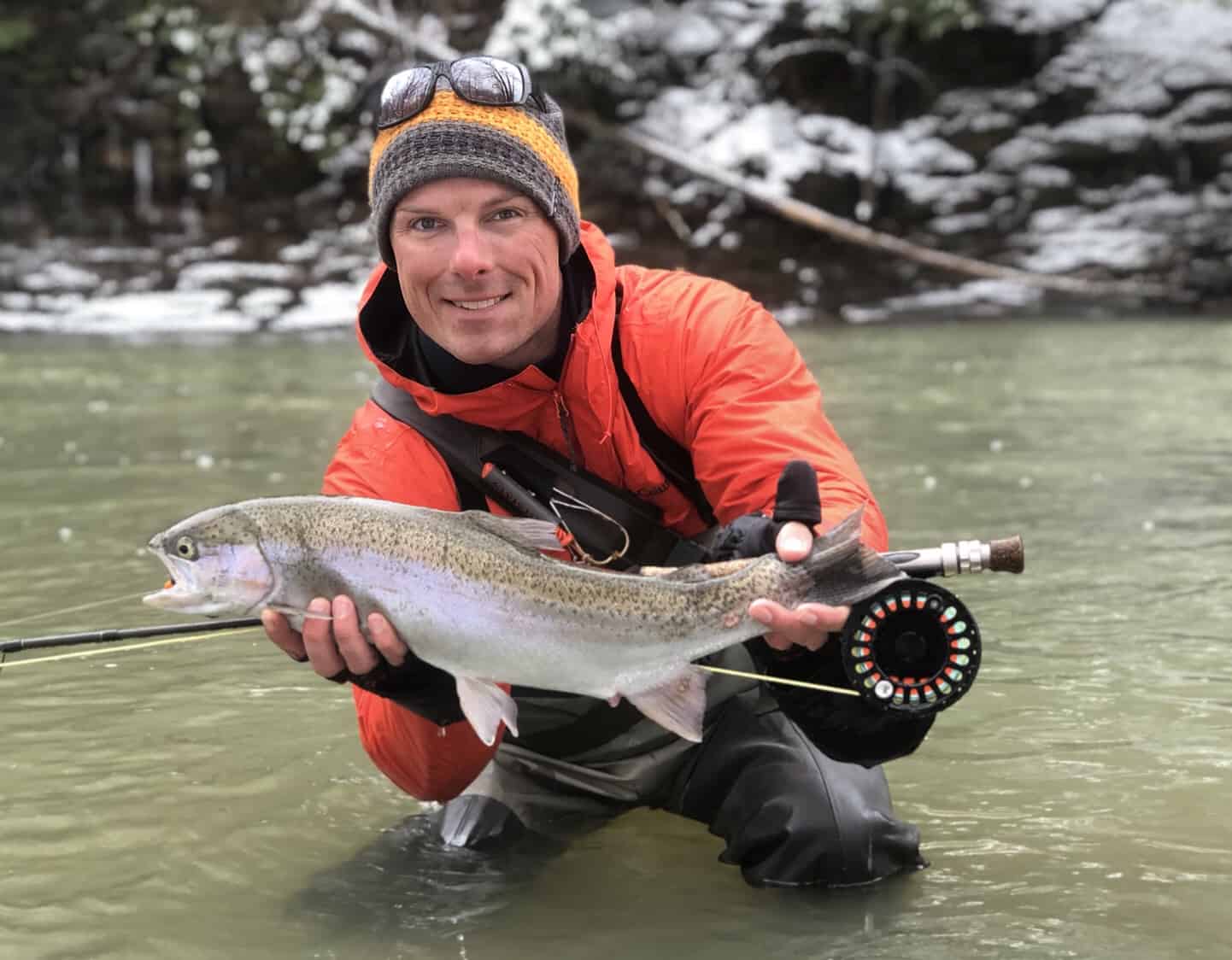 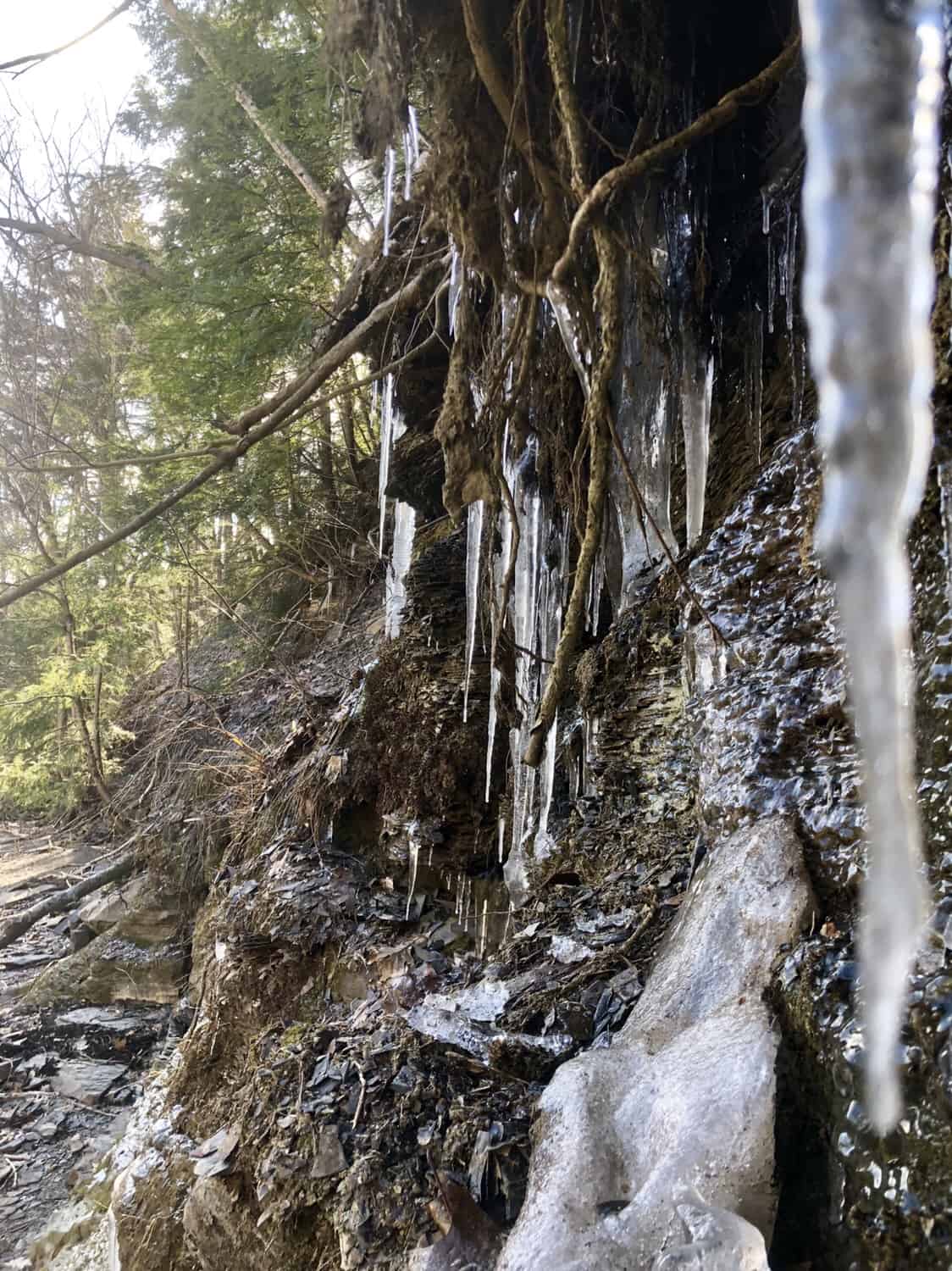 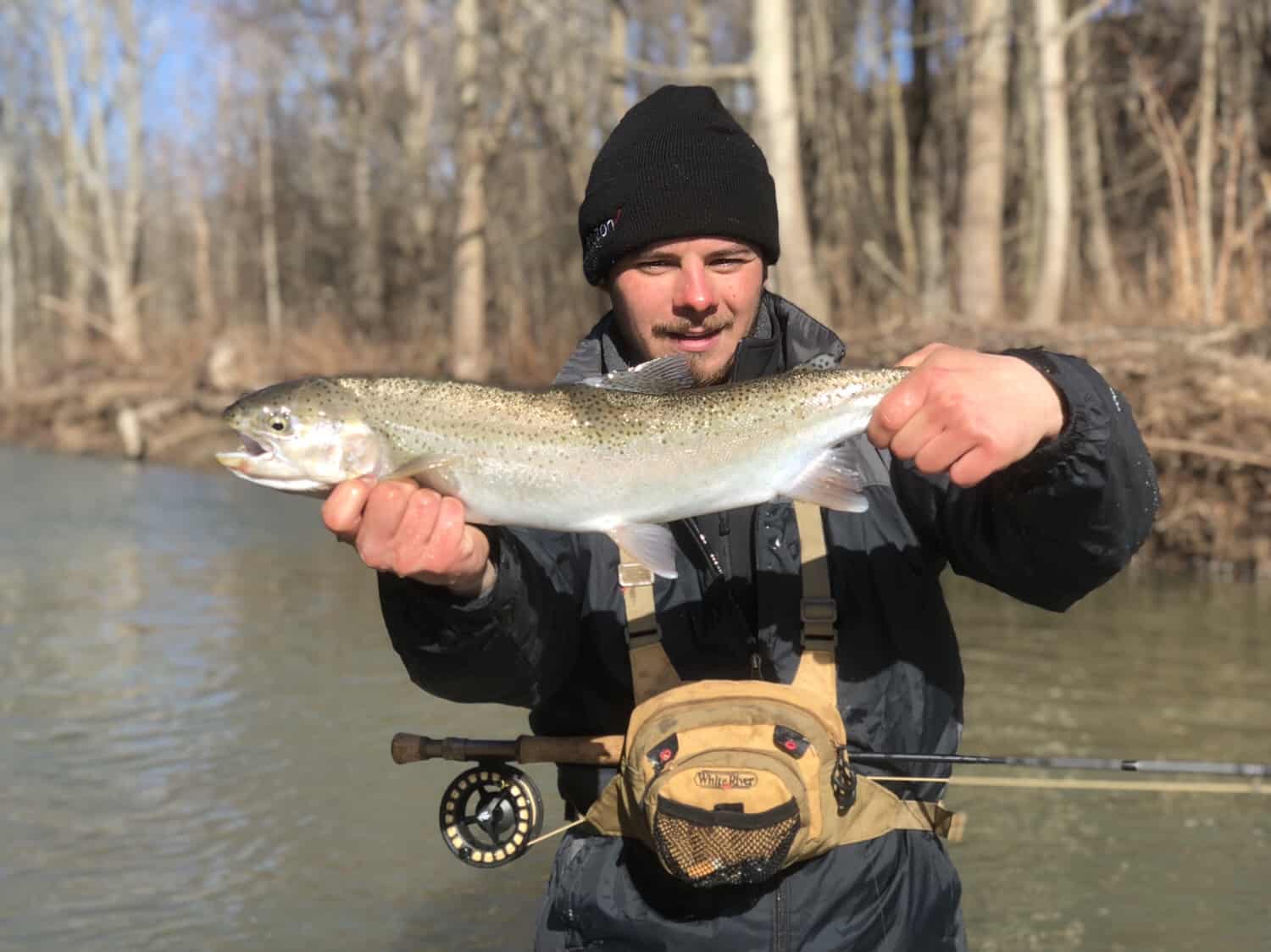 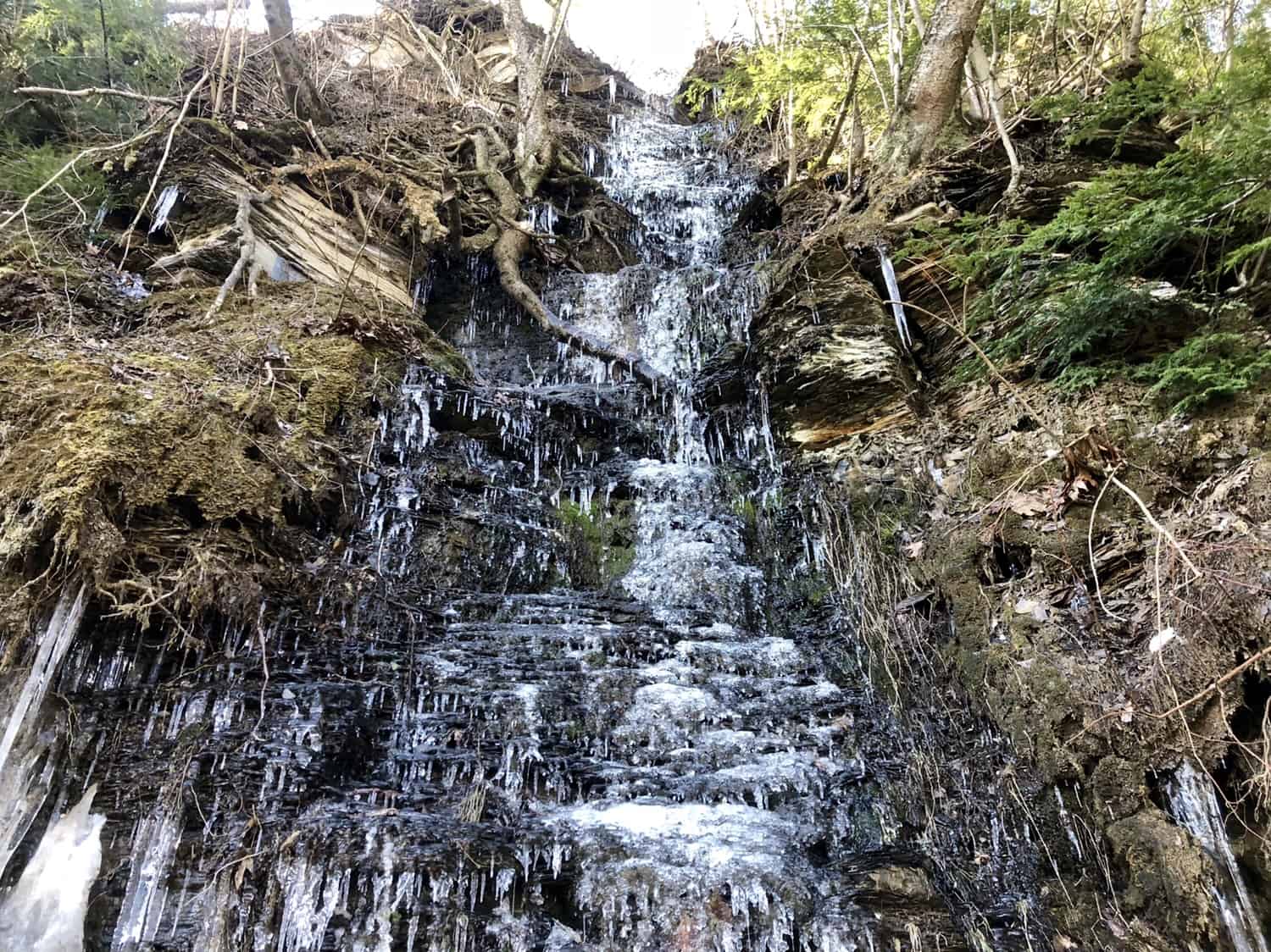 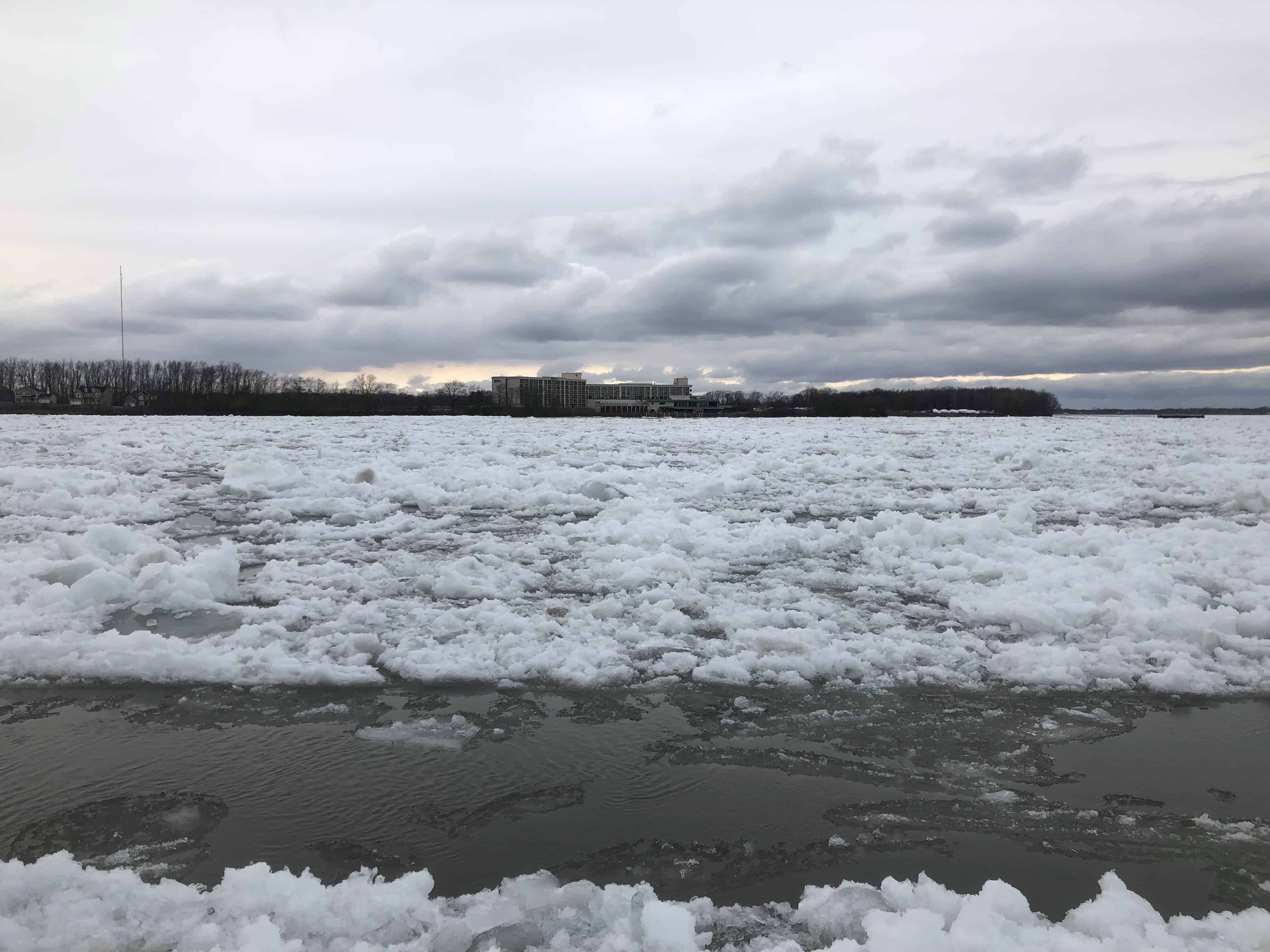 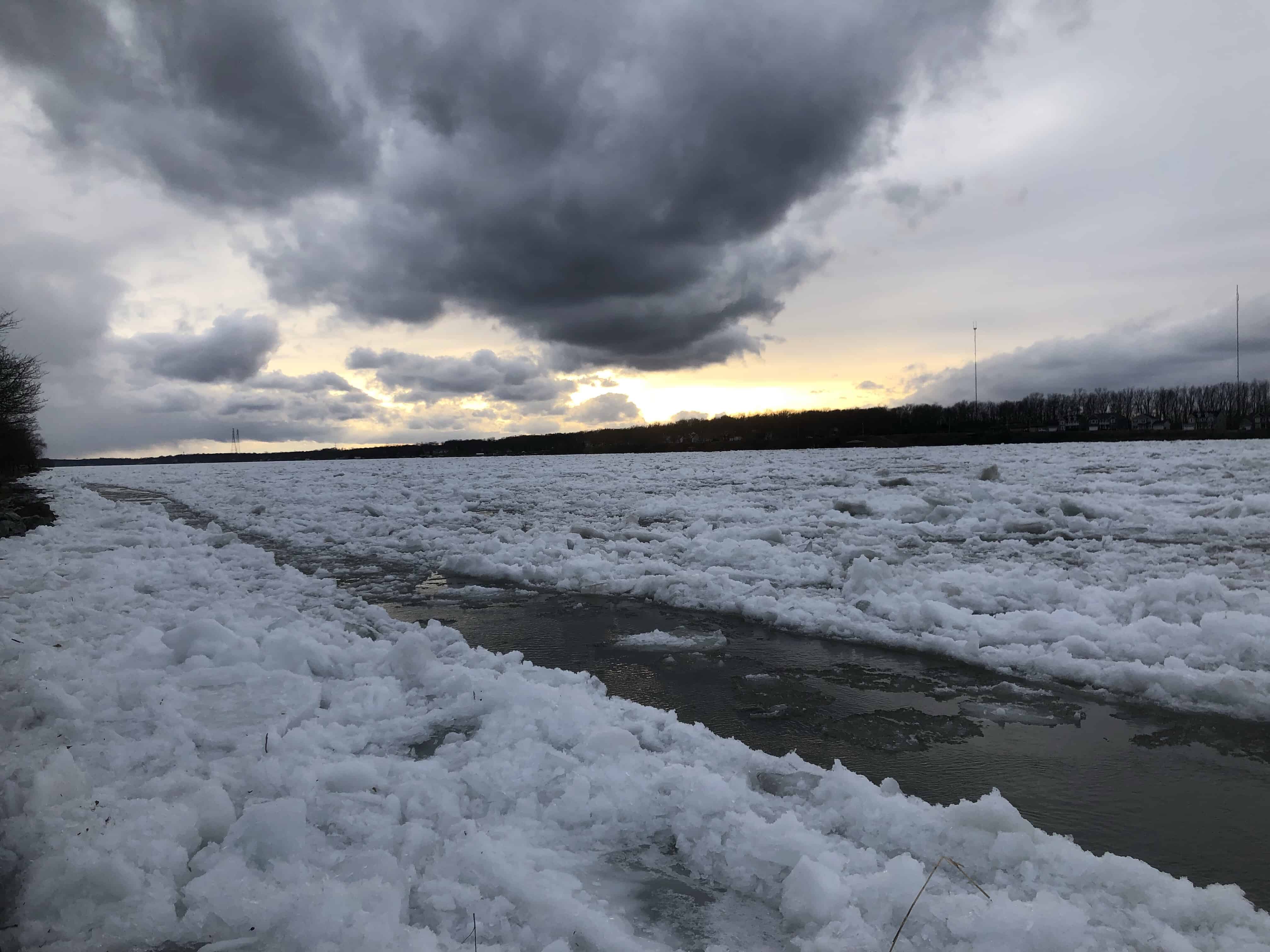 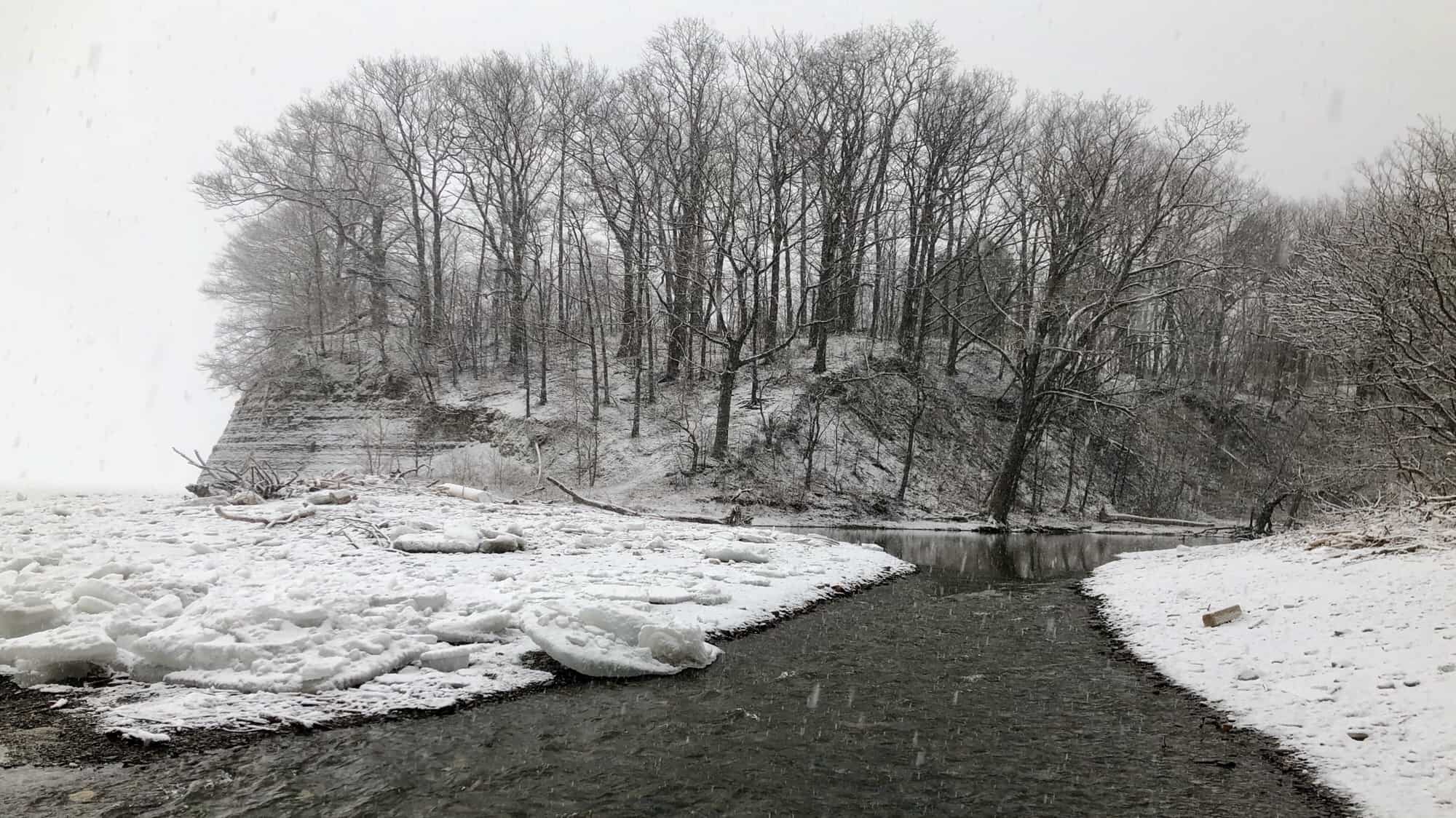 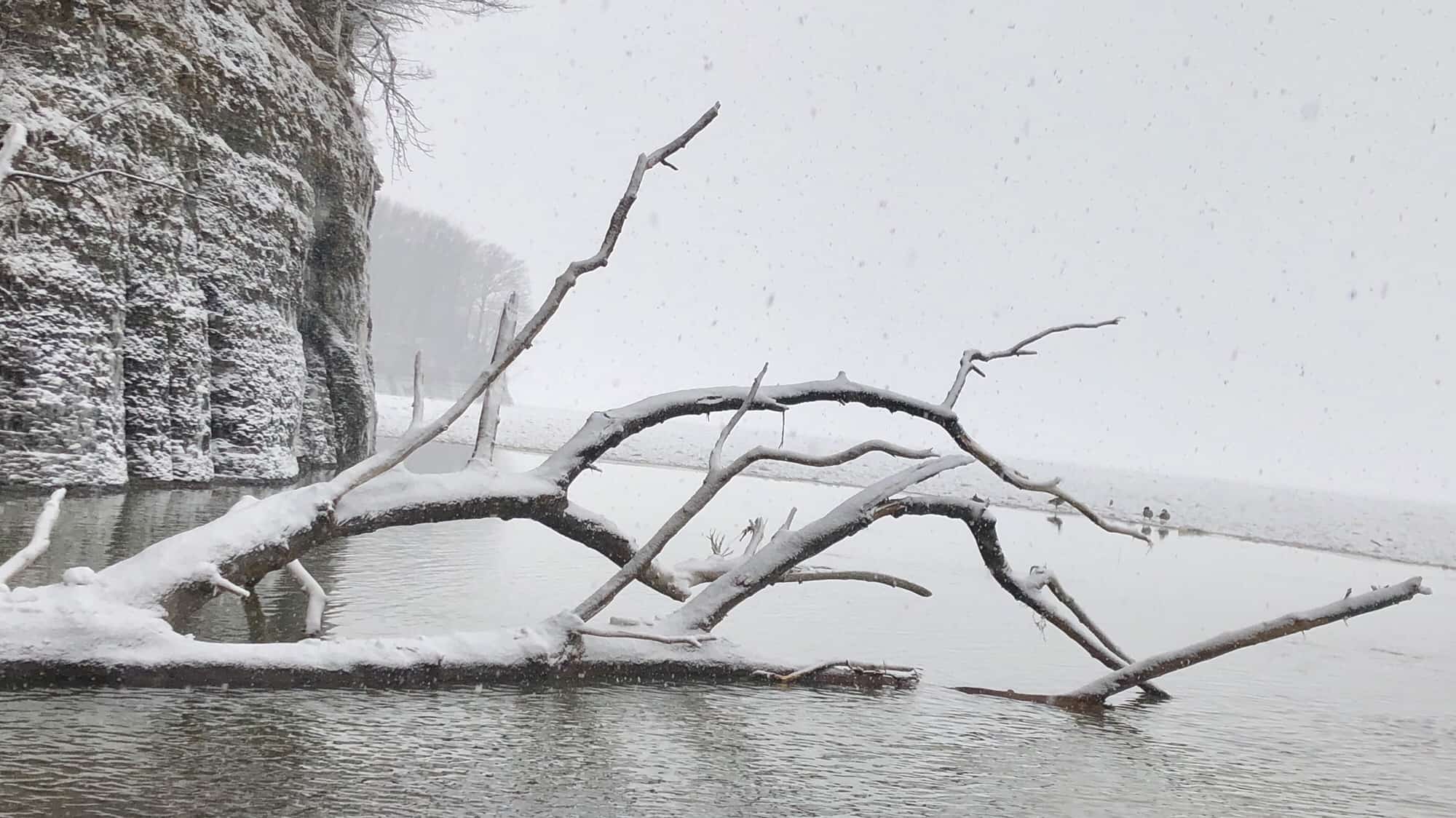 Guess what? According to the forecast, the false spring continues…somewhat. It’s going to be slightly warmer with few lows below freezing. Maybe there will be a day I don’t have to triple layer and wear gloves. It’s anyone’s guess about how long it’s going to take for the big water to clear up. It’s both muddy and filled with ice and Lake Erie still has plenty of ice around. Take a drive down HWY 5 if you don’t believe me. The boat launches on the upper river (U.S. side) are completely encroached with ice. We’d need a snow plow to open them up (call me if you’re willing to volunteer – I’ll make it worth your time). We will be looking at the big water daily and will take an opportunity to fish it if one presents itself. However, most of our time this week will be spent walking the tribs and recon’ing some areas we think have some promise for a new program we’re considering. The forecast looks good for the tribs. Give us a call if you want to experience false spring fishing at its finest.