A New Authoritative Source for Musky On The Fly

Over the past few years, much has been made of pursuing muskellunge on the fly and for good reason.  These fish they get huge, have sharp teeth, are photogenic, and are difficult to catch. Muskellunge (or musky) are THE apex predators with gills in freshwater.

Because they are at the top of the food chain, they eat when they feel like it.  This makes them hard to target on the best of days. However, when you do hook one, hold on.  The fight is like playing tug of war with a pit-bull. With violent head shakes and the occasional acrobatics, no other fish displays such intense anger toward its captor as the musky.

All of these characteristics are more than enough to attract a seasoned fly angler that is up for a challenge. The ability to cast big flies and stay focused through what could be many fishless hours is crucial.  If this piques your interest OR if you’ve played the game before and want a new perspective, Rick Kustich’s book, “Hunting Musky With A Fly,” needs to make it into your literary collection.

A Buffalo Niagara native and current resident, Rick spent his life fly fishing and exploring waters both local and across the country.  Along the way, he captured his experiences and insights in a number of books.  “Hunting Musky With a Fly,” his latest edition to this collection doesn’t disappoint!

This book is a must read.  Whether you are just curious about chasing musky on the fly or if you are already obsessed with throwing flies for these beasts, it has something for everyone.  The book is as visually pleasing as it is full of great content!

We are extremely proud to have contributed to one of the only and most comprehensive texts written on the topic.  Big thanks to Rick for allowing us to play a small part! We also want to send props to Nick Pionessa for his beautiful photos throughout – especially the featured flies section! 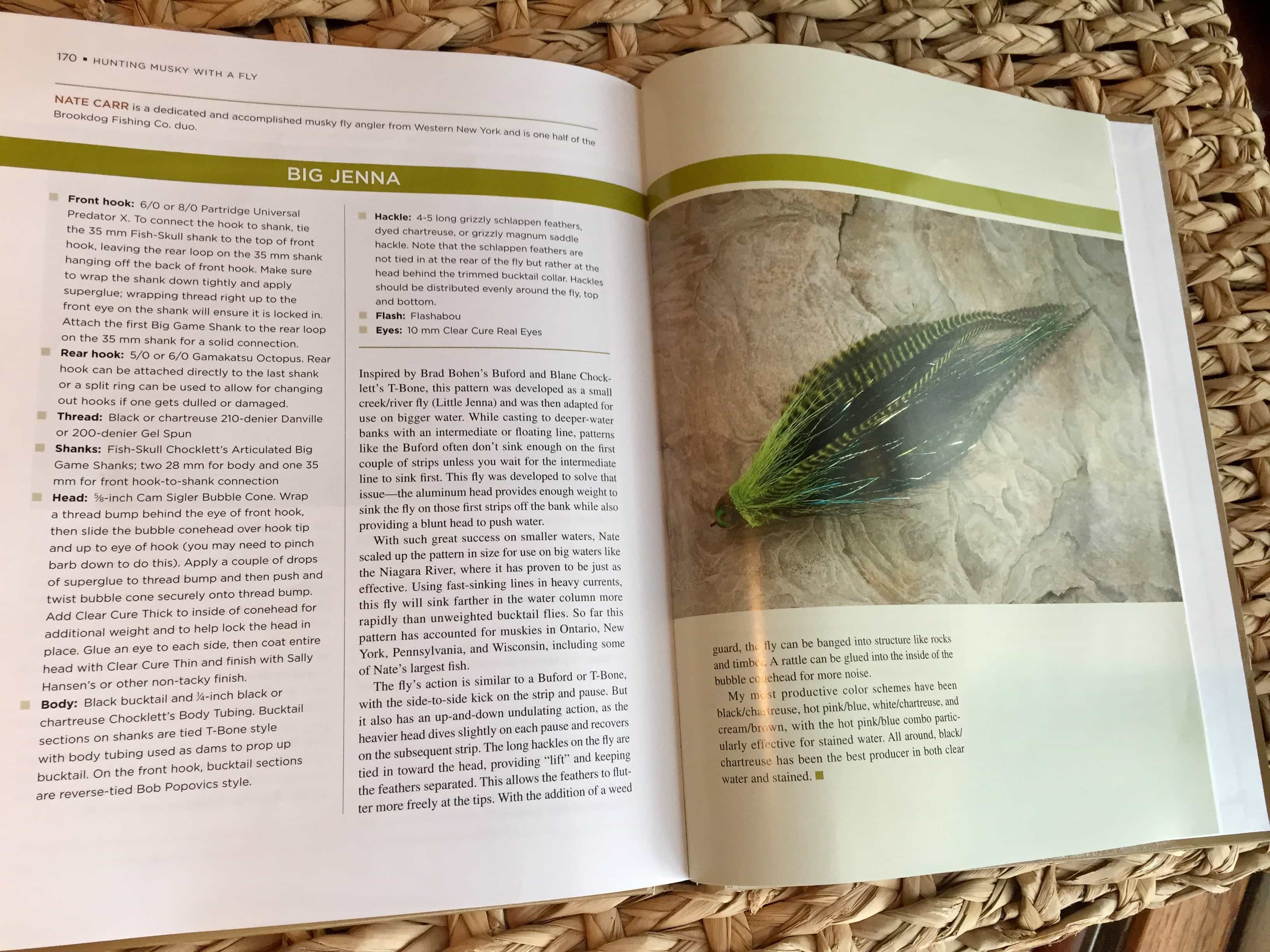 Hunting Musky With a Fly