A few months back, the mother of one of my young clients contacted me with a request. She explained that her son had been attending some sort of summer camp for the past few years, but he always came home bored and unfulfilled. She went on to say that her son loves to fish and that she had been looking around for a summer fishing camp for kids…to no avail. So…she asked me if I could put one together and if I could, she was confident she could find other kids to attend.

I told her that I thought it was a great idea and asked her to give me a little time to think it though. A couple hours later I developed a program, sent it to her, and asked if this is what she had in mind. She loved it. So, I gathered a couple brother charter captains (Mike Trifiletti and Paul Schirmer) and got into some detailed planning. We’re proud of/very happy with what we came up with.

Our goal was simple – to turn kids that are interested in fishing into competent anglers – while having a ton of fun in the process. We would accomplish this goal by exposing these kids to as much of our regional water as we could in 5 days. While covering the region, we would teach these budding anglers a variety of techniques, important skills they should possess when on the water, and some knowledge about the ecosystem and how to preserve it/show their appreciation for it. 3 kids per boat, 3 boats, every tool available in our angling arsenal, awesome and super supportive parents – we had everything we needed to be successful.

Mission accomplished. The pictures say it all. Check ‘em out.

We started where we had the highest confidence that the kids would boat big numbers of big fish…and that’s what happened.

In the original plan, we were going to take them on the upper Niagara River. However, most of them were around 12 years old and their angling ability wasn’t at the level where we could take them finesse fishing. Plus, the Upper has been tough since July and we wanted to keep them in the action. So, we opted to stay on Lake Erie for the second day but took a different approach. 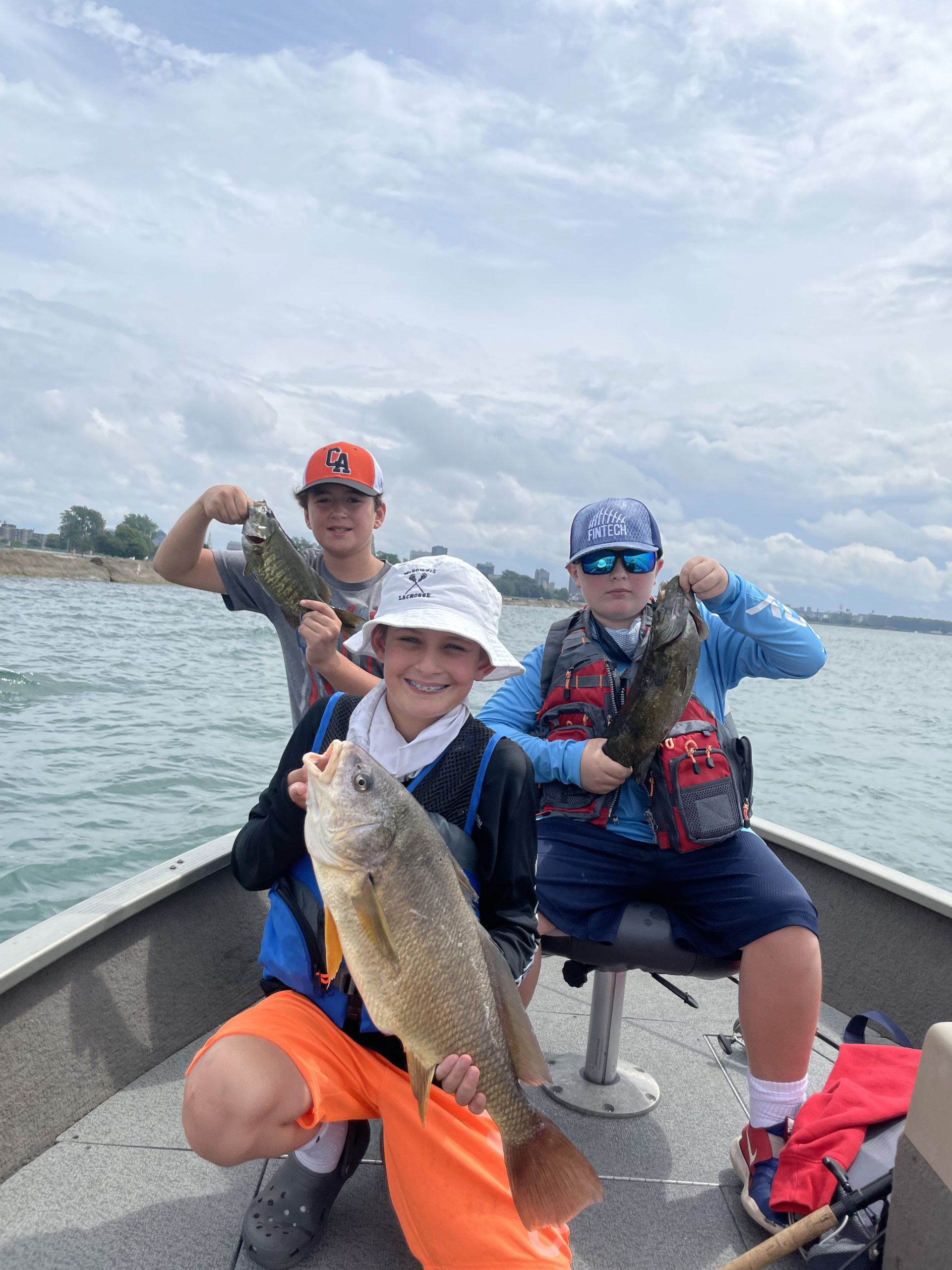 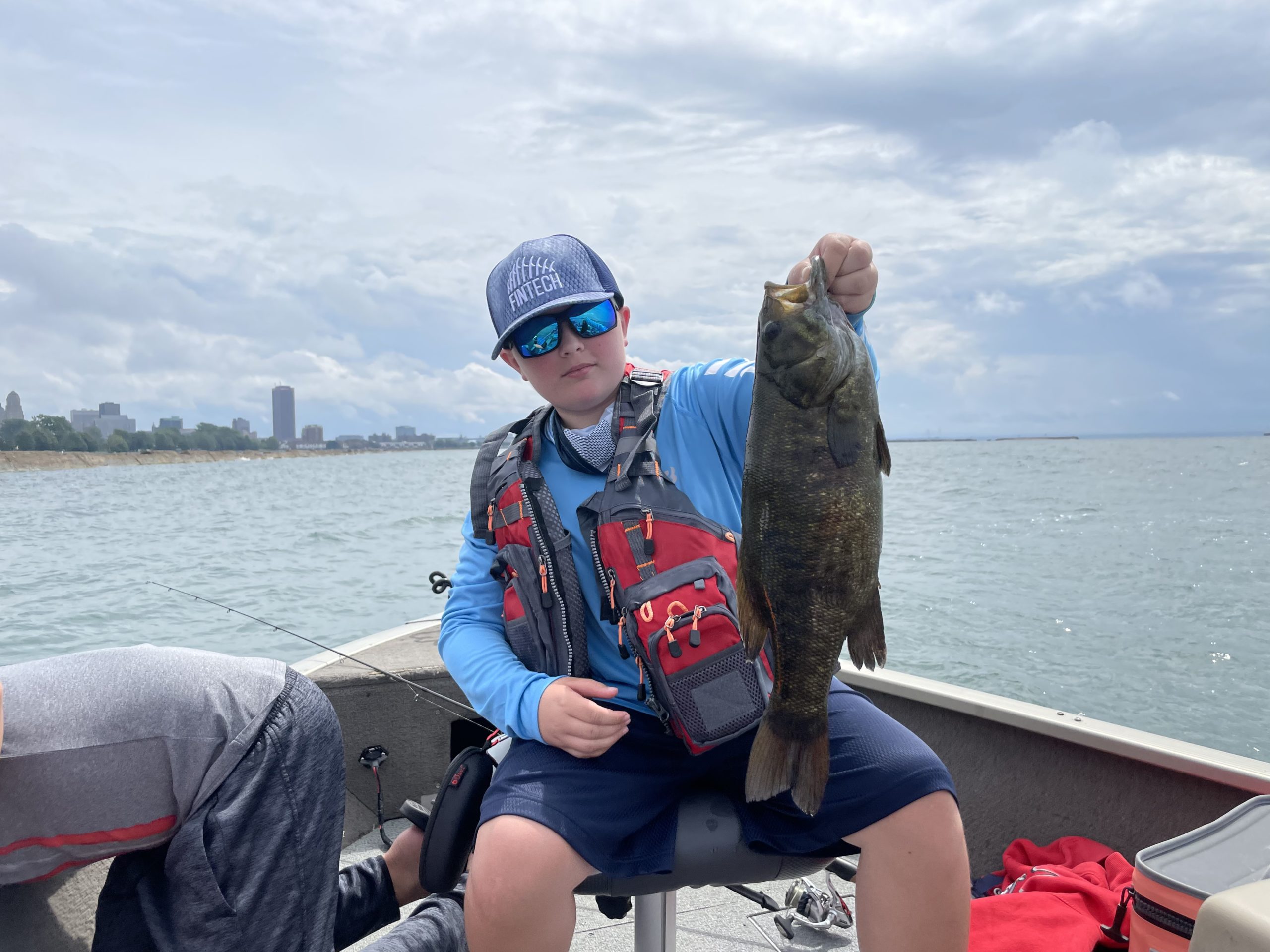 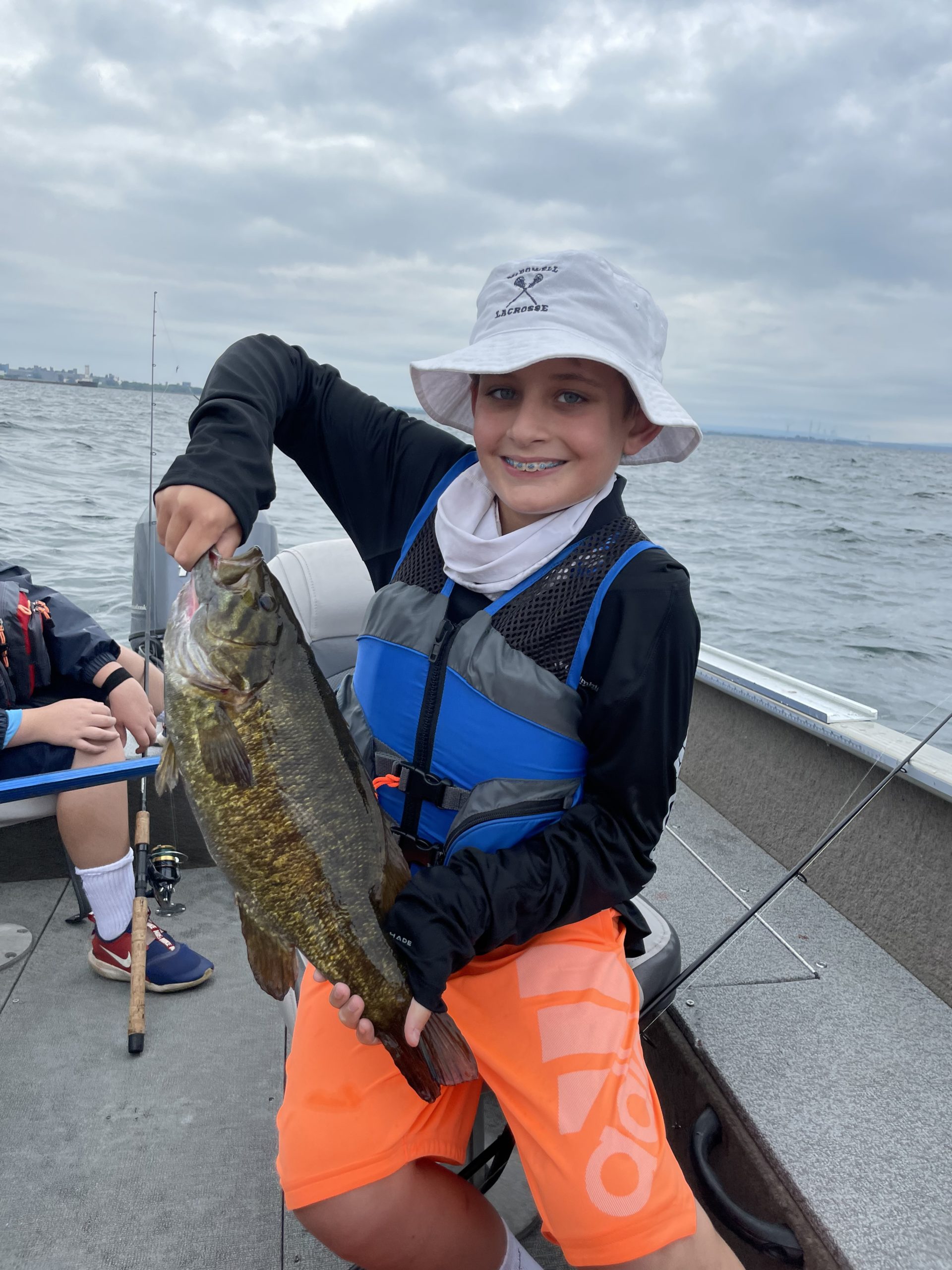 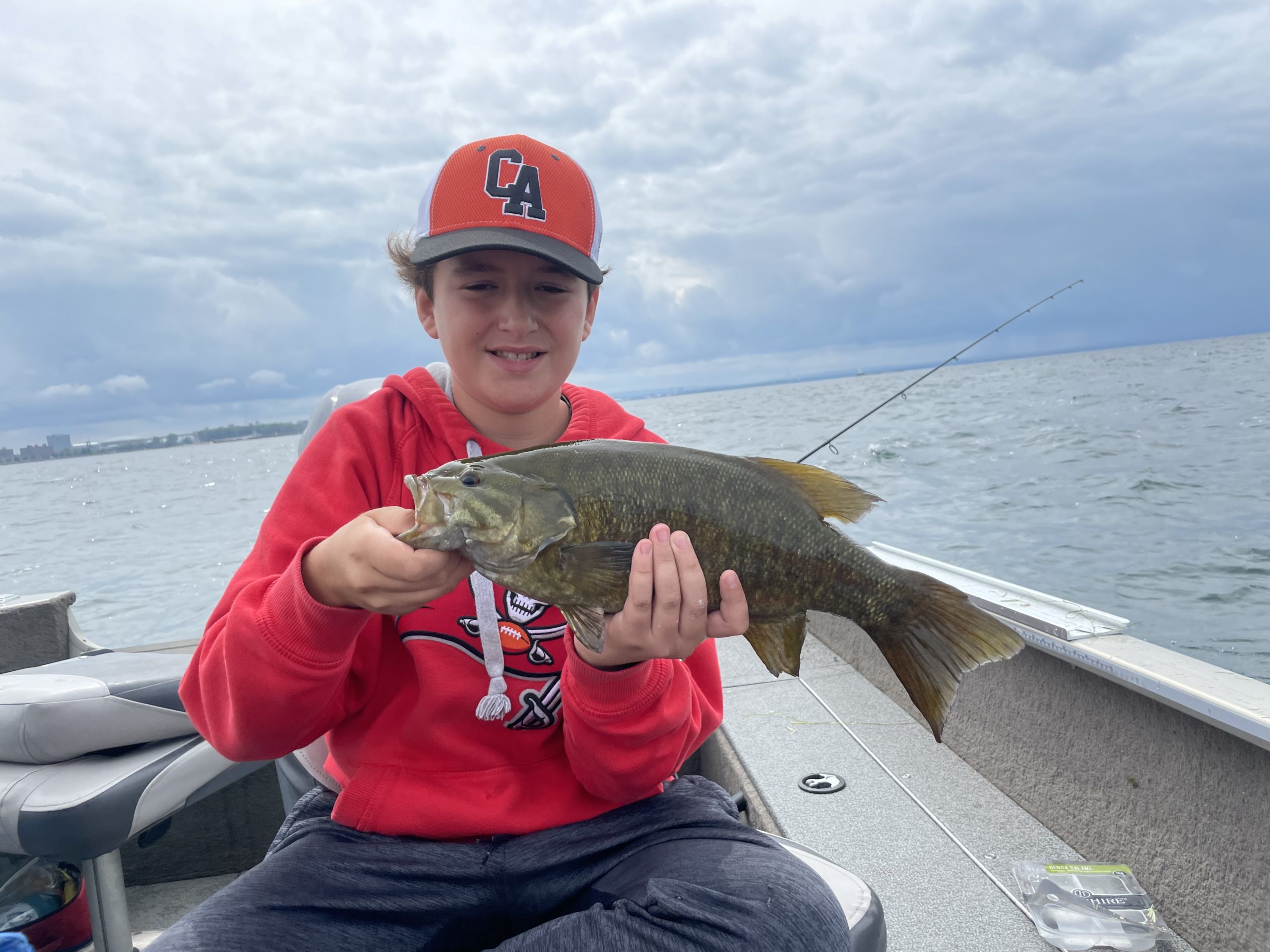 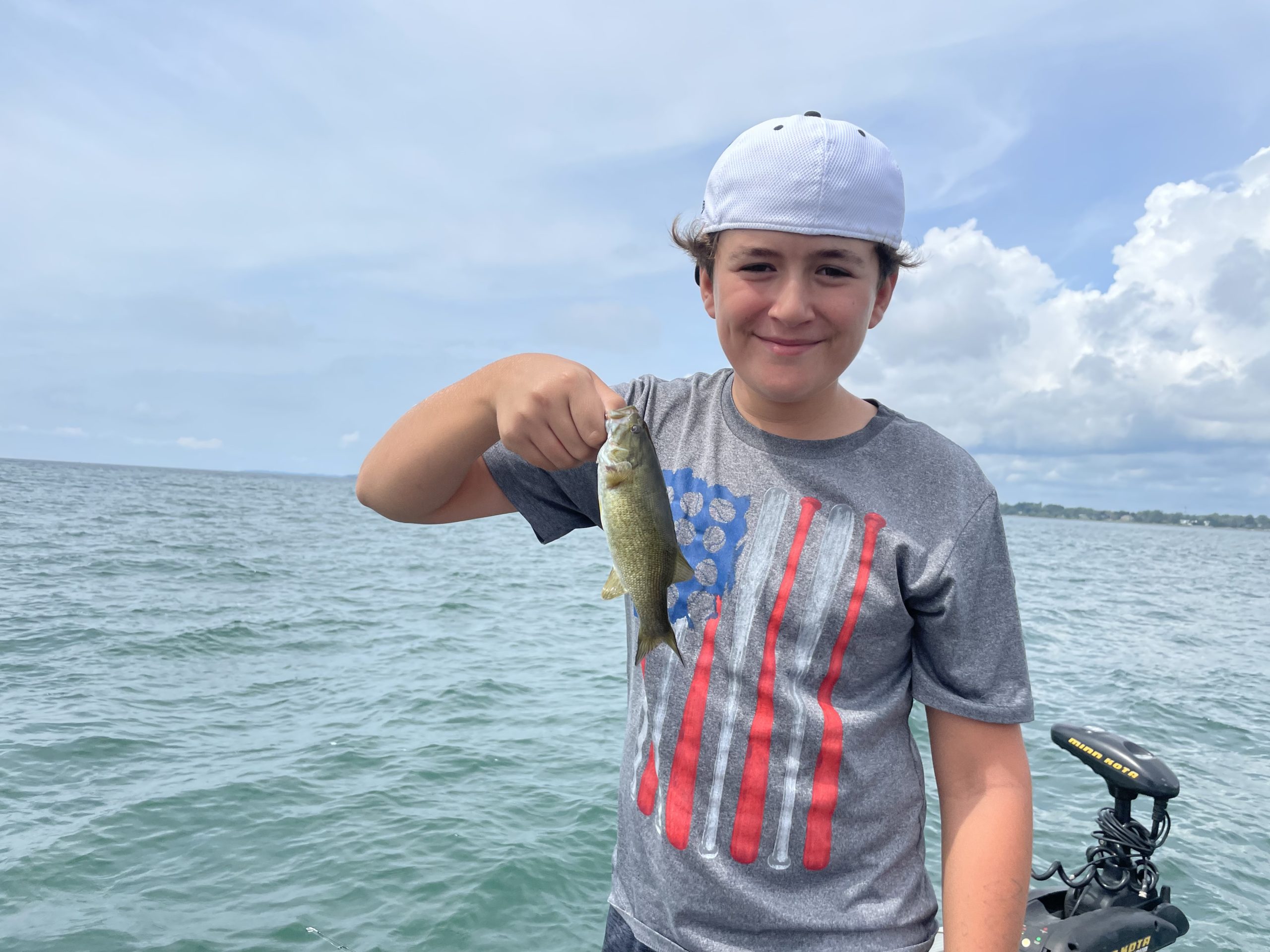 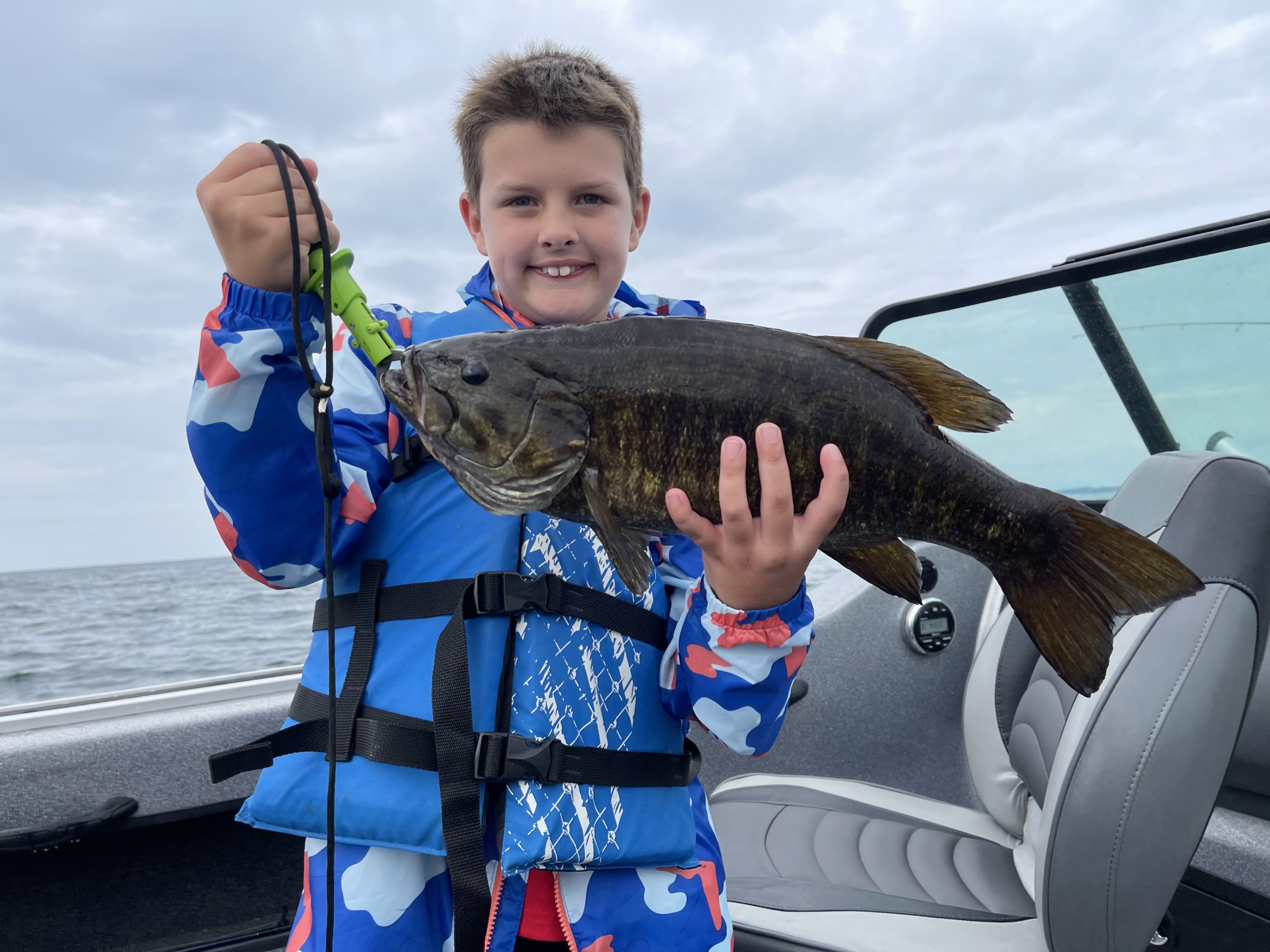 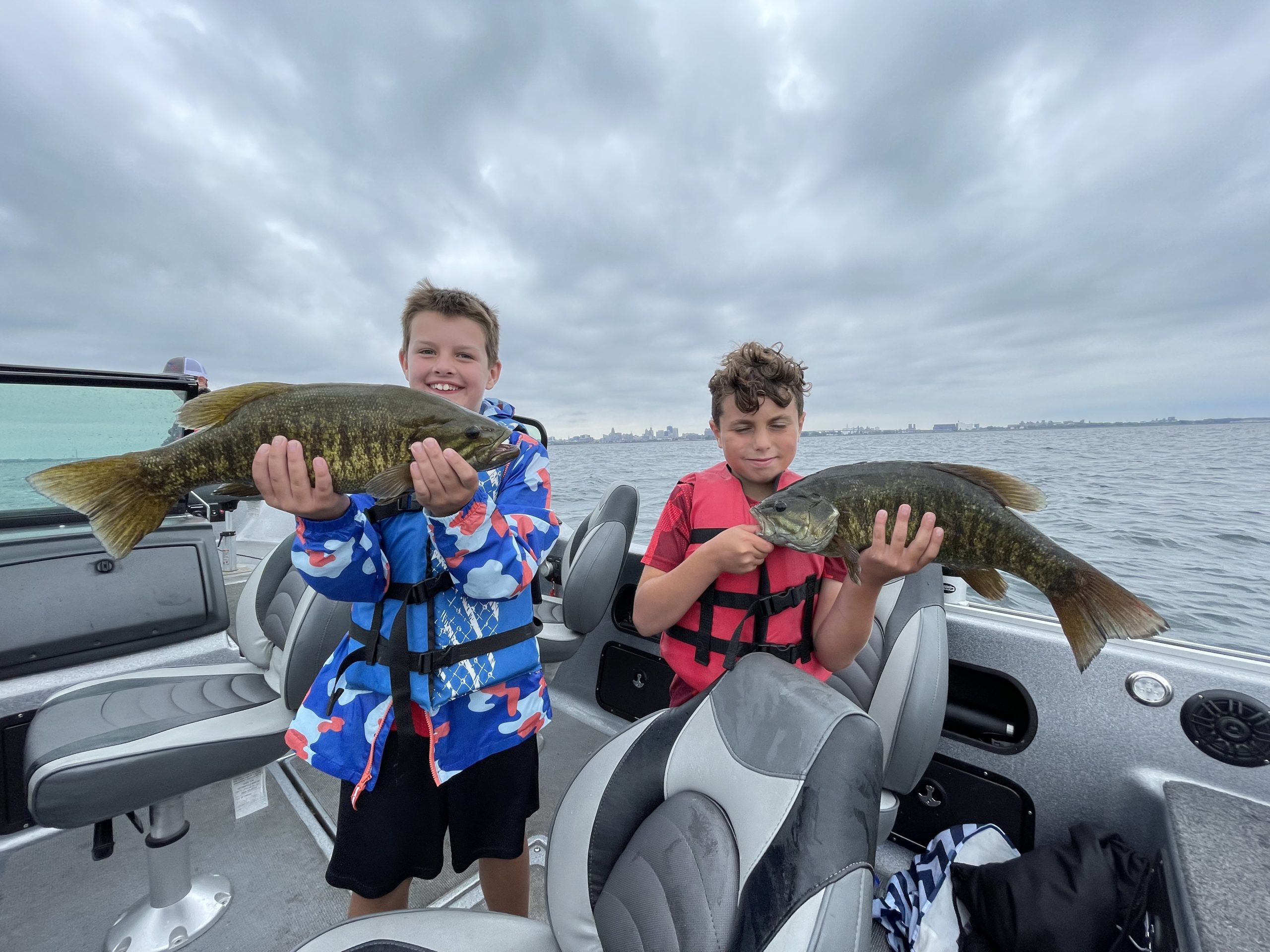 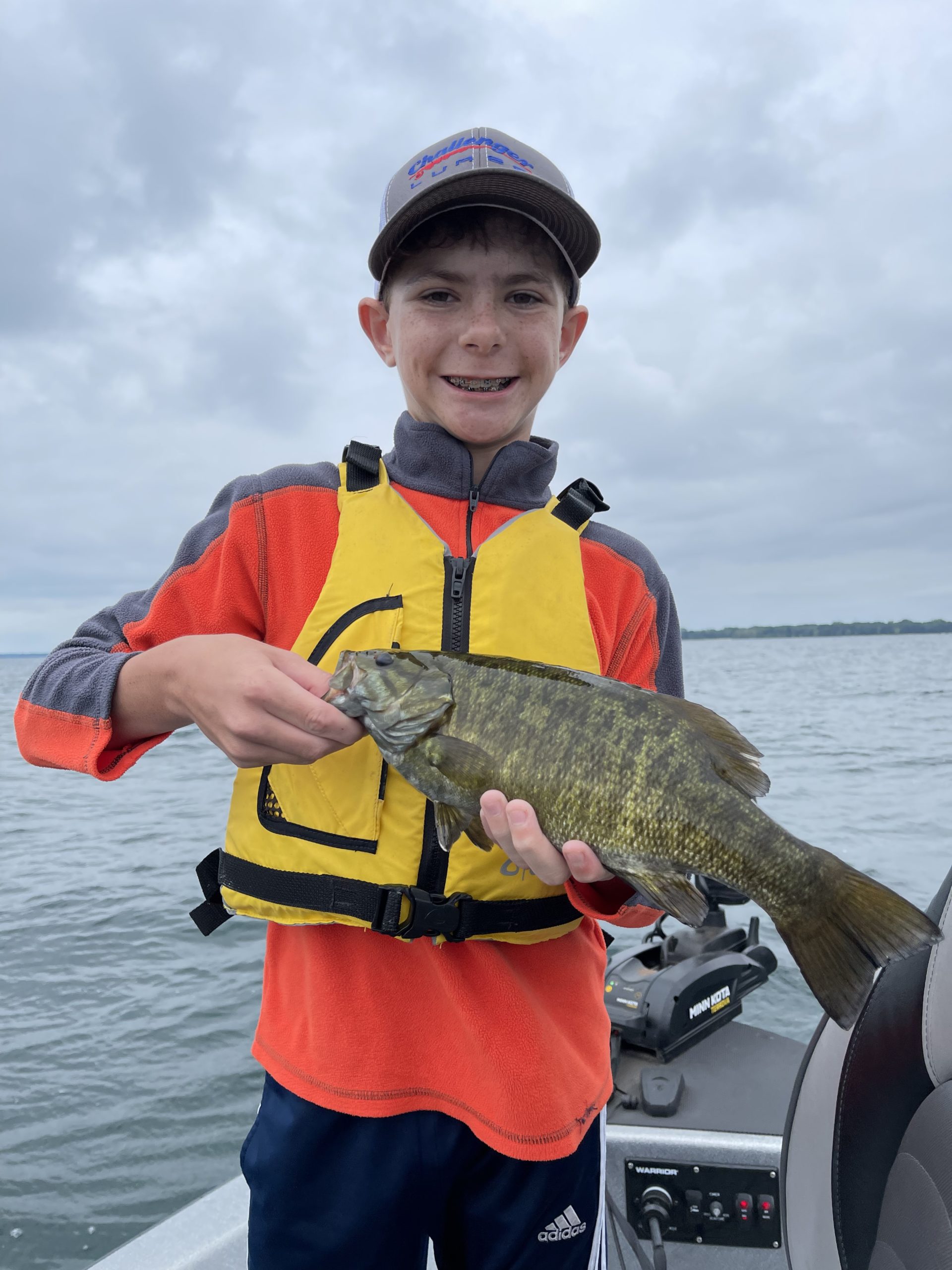 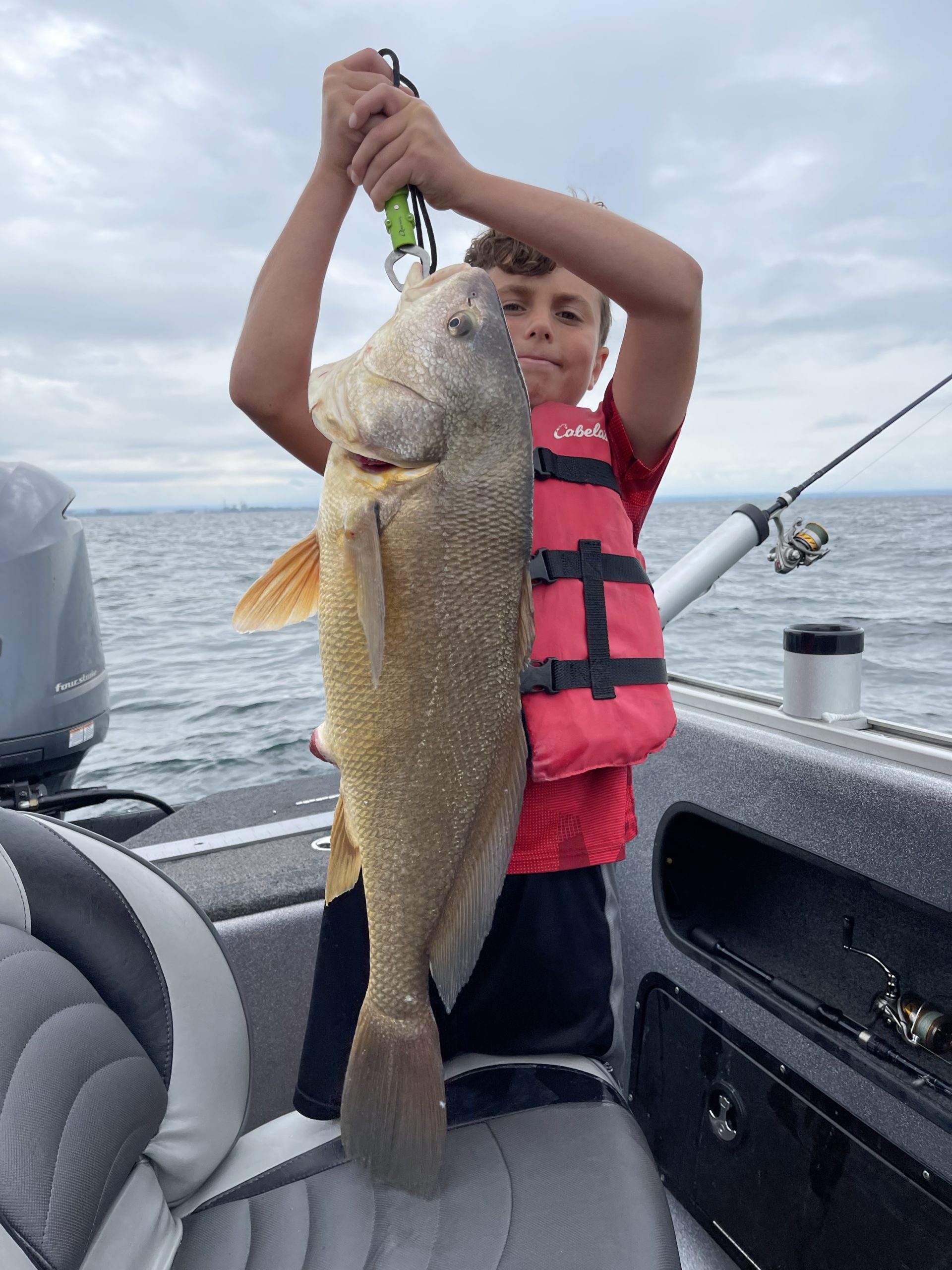 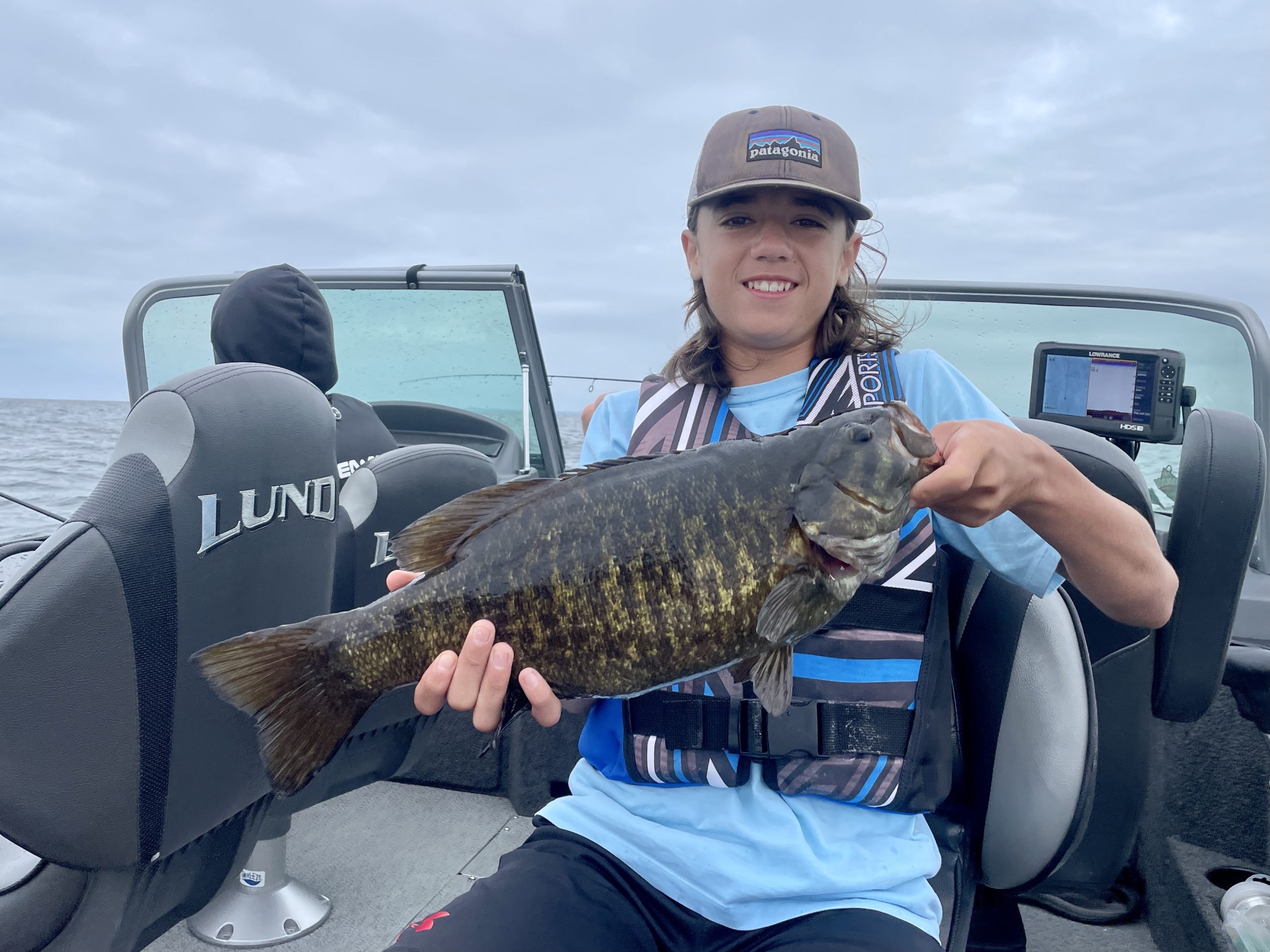 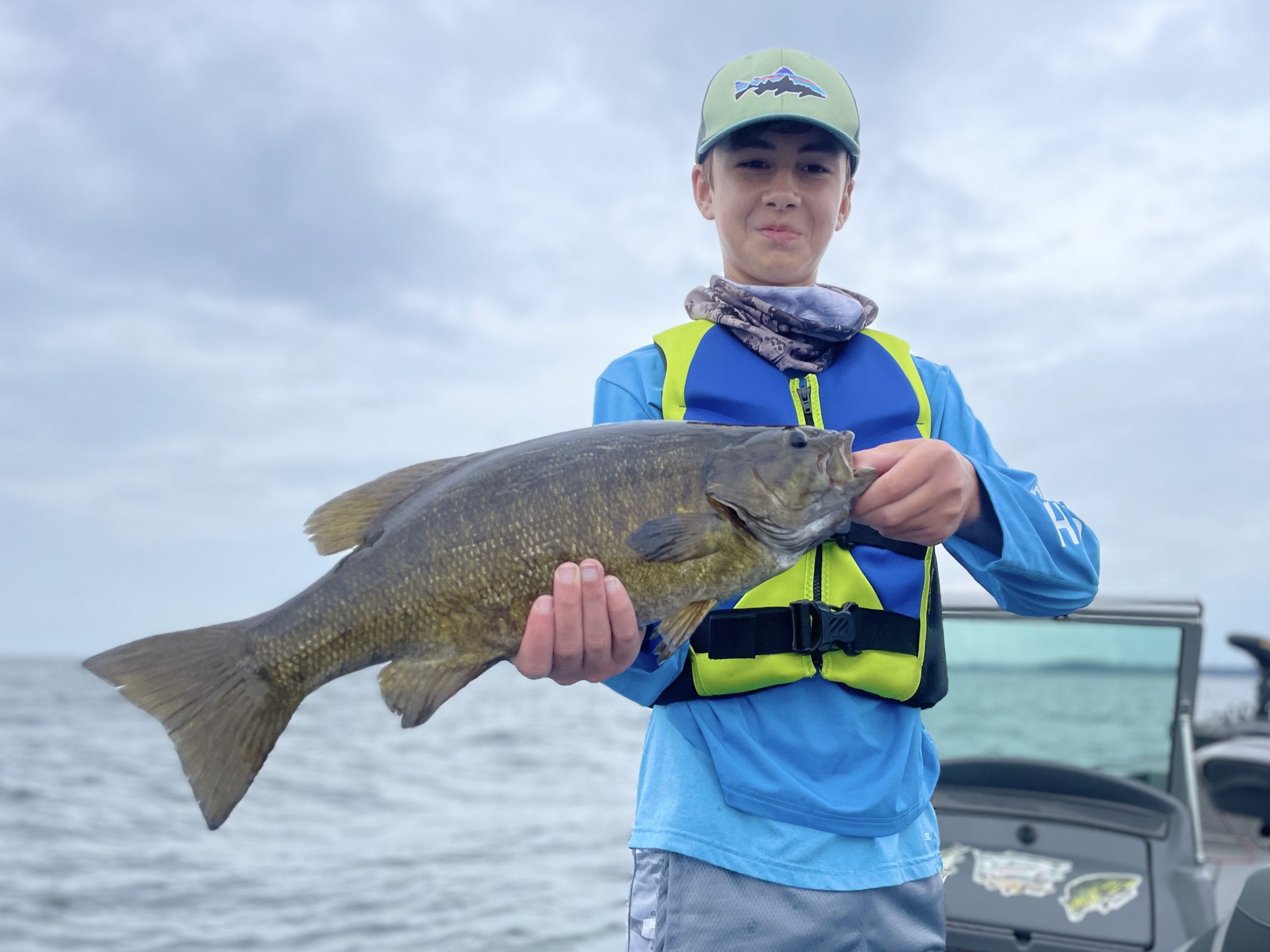 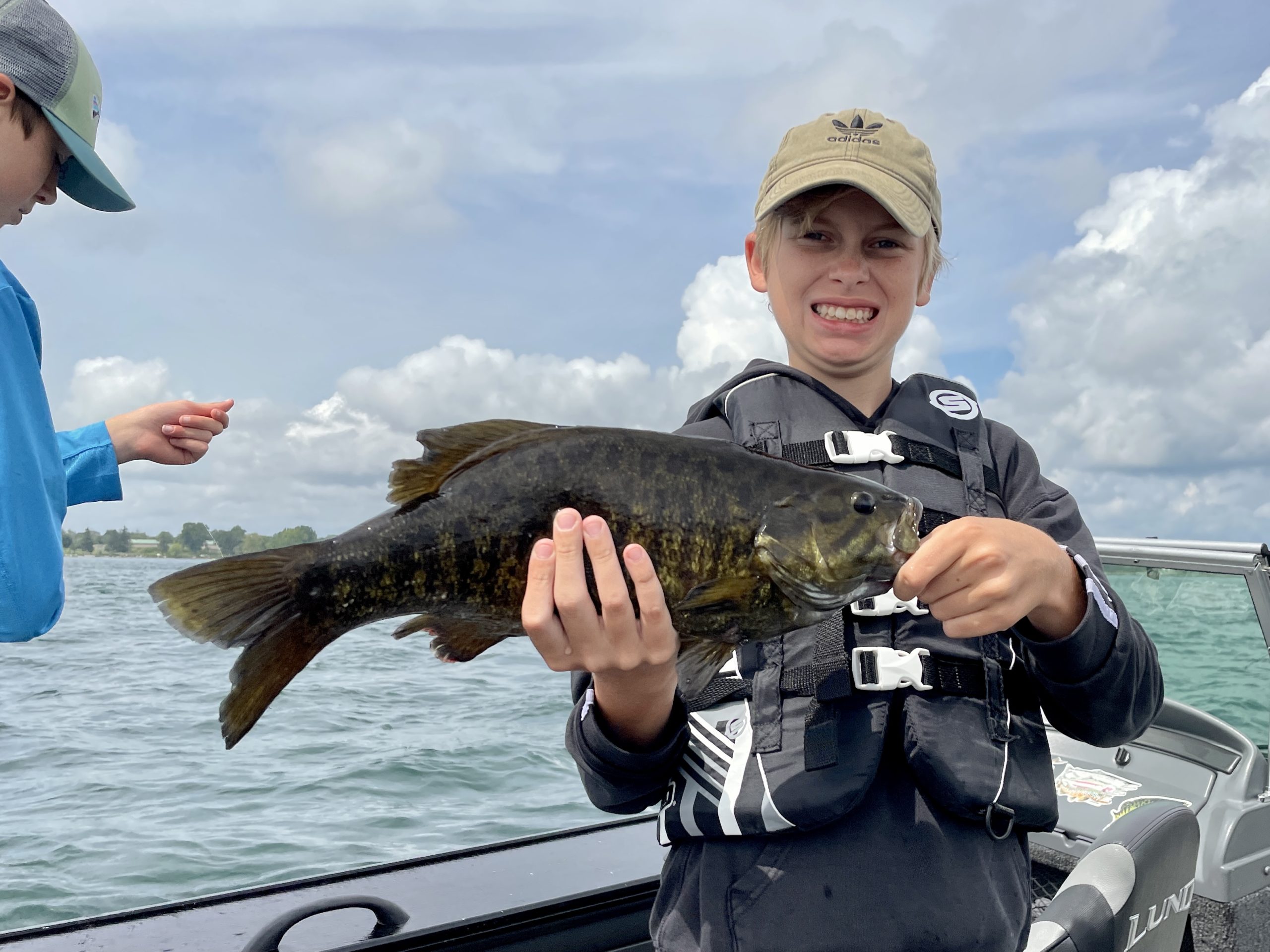 To start the day, we immediately encountered adversity, made quick adjustments, and got to fishing. The kids handled it all in stride. Furthermore, the fishing was super slow, but the kids managed to make their own fun/keep themselves entertained throughout the day. Mike, Paul, and I remarked that we wished we had adult clients that could handle adversity and slow action the same way…maybe something to learn there if you’re an adult reading this. 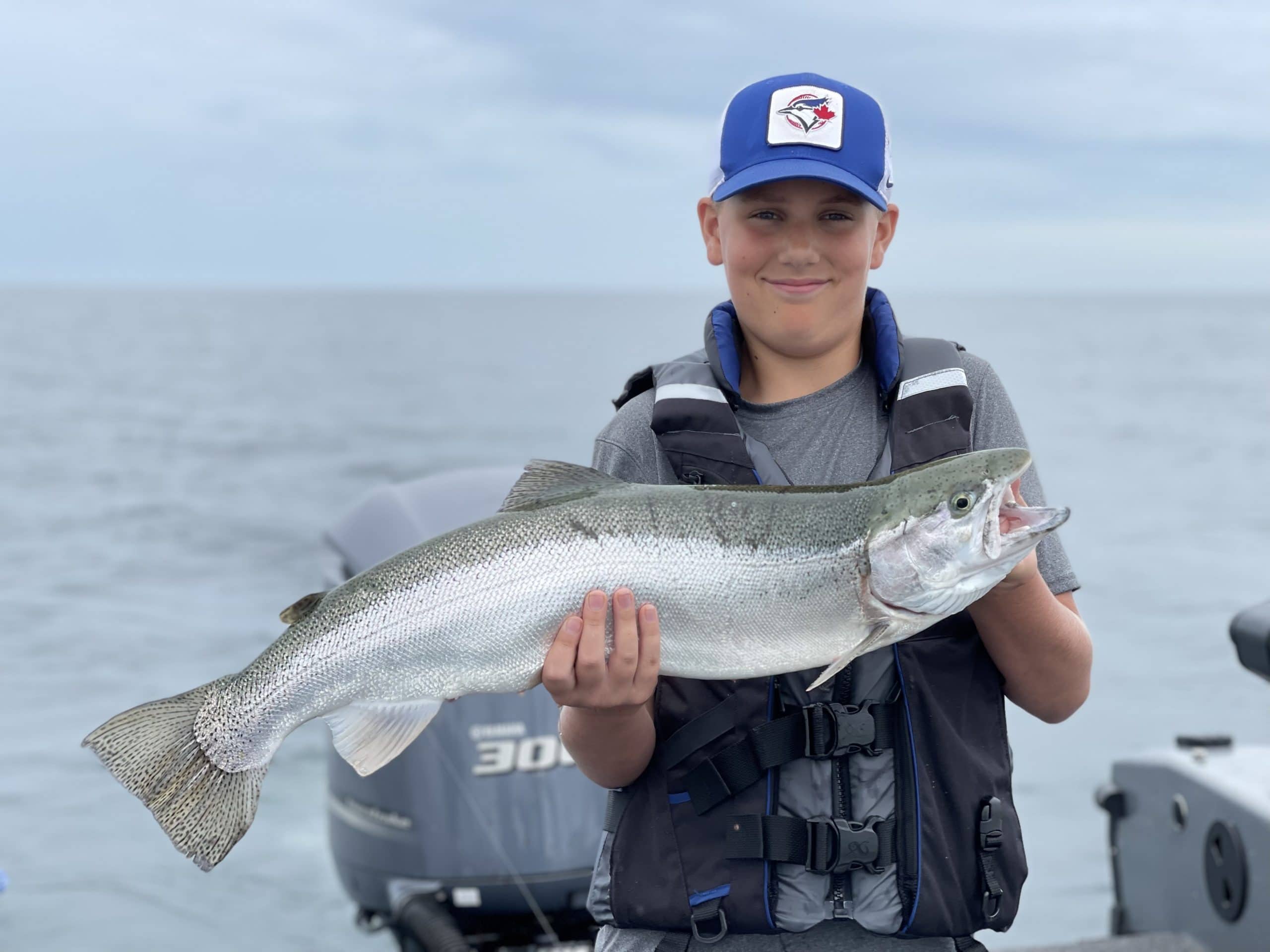 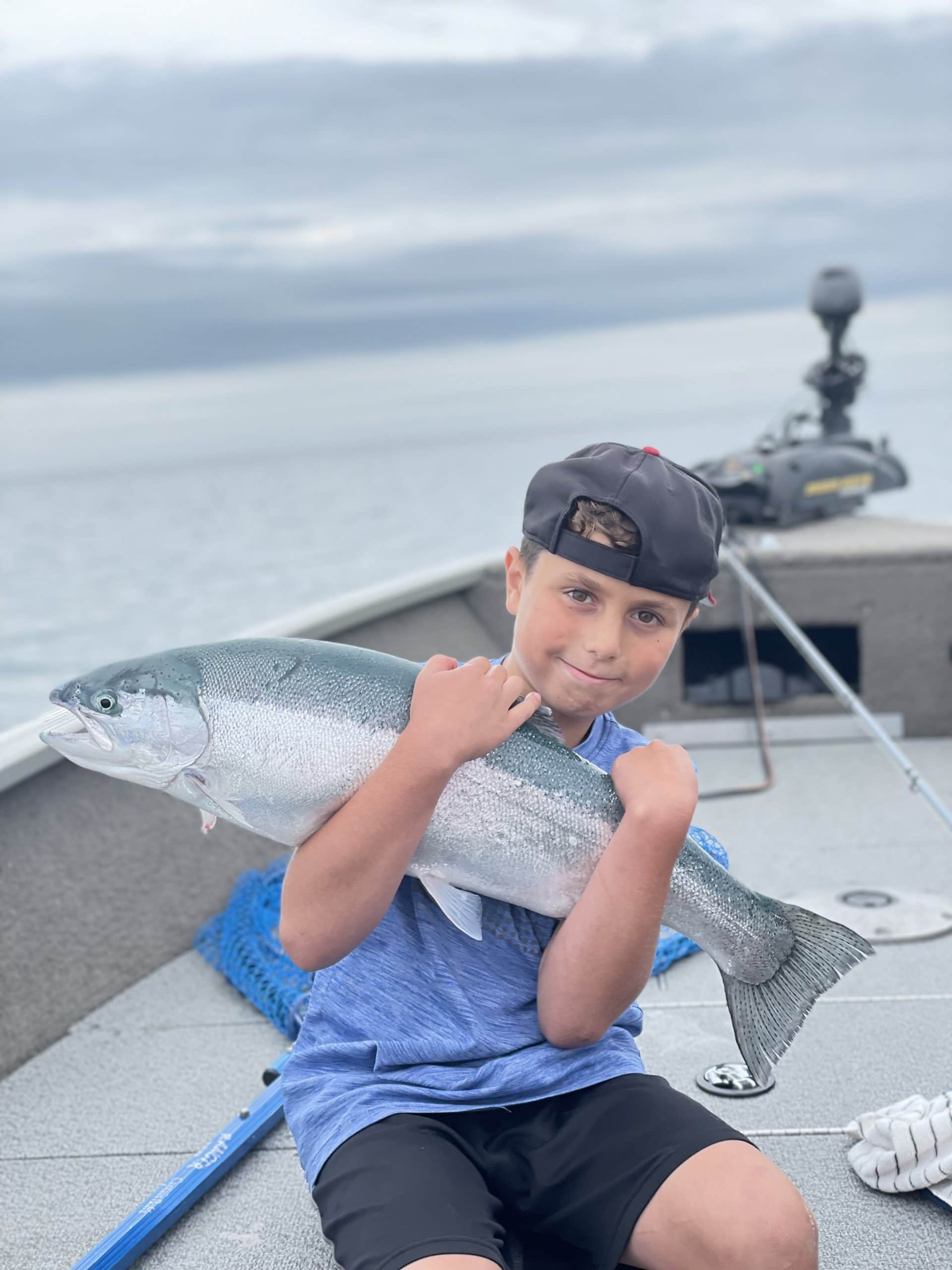 Because Lake O was super slow, we had to get them back into the action, so we returned to Lake Erie. The lake was super glassy, so we covered some serious ground. 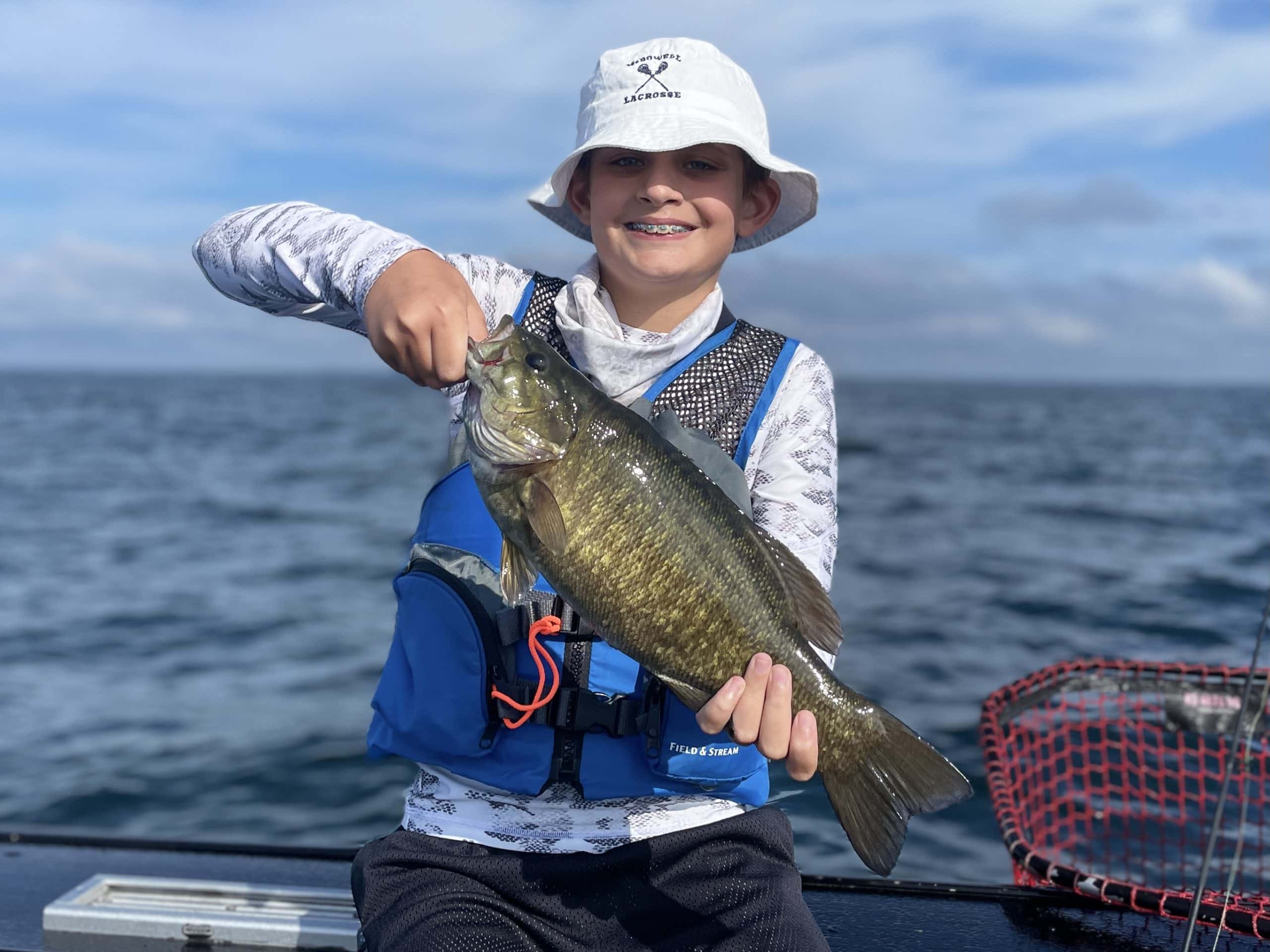 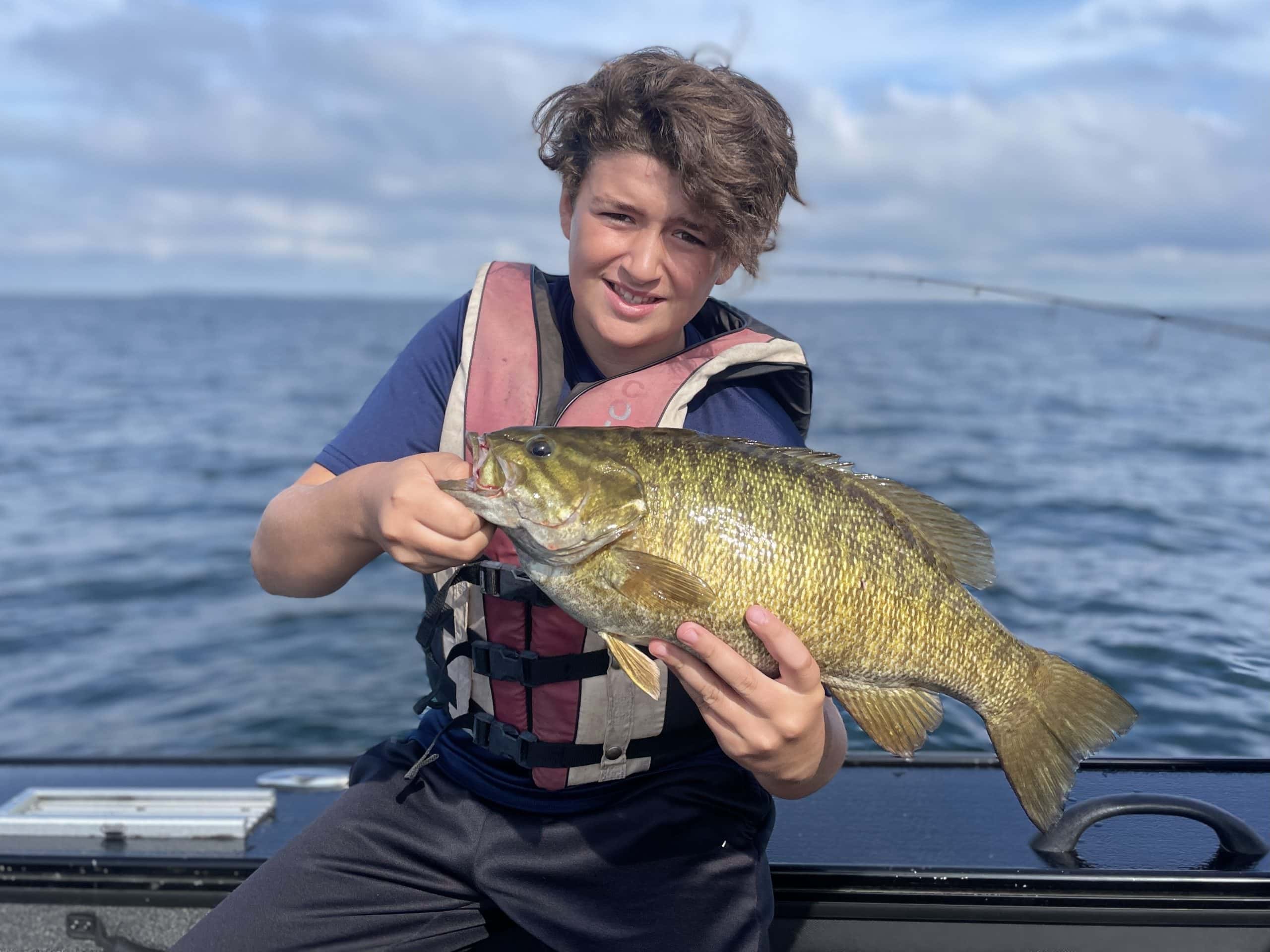 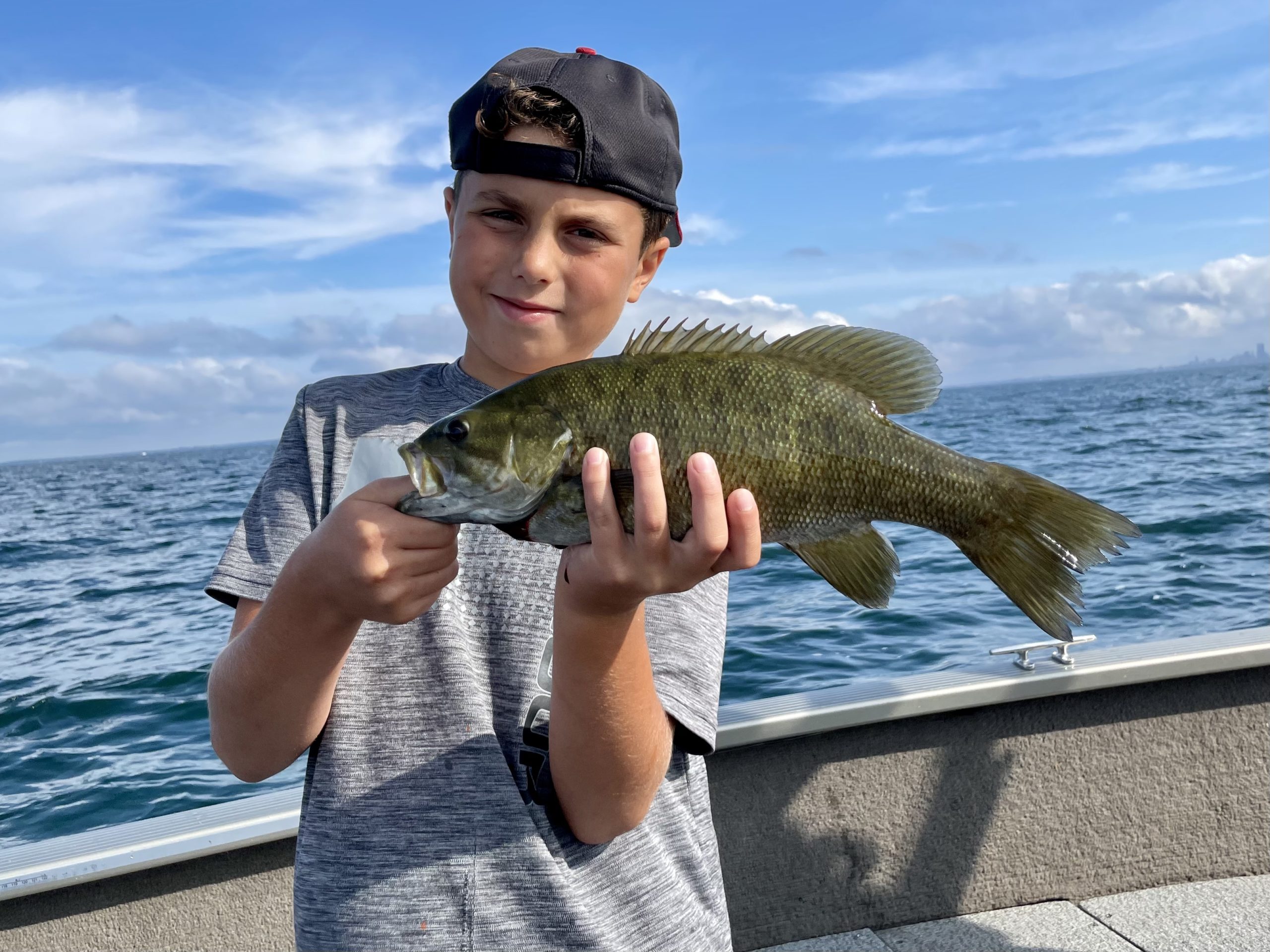 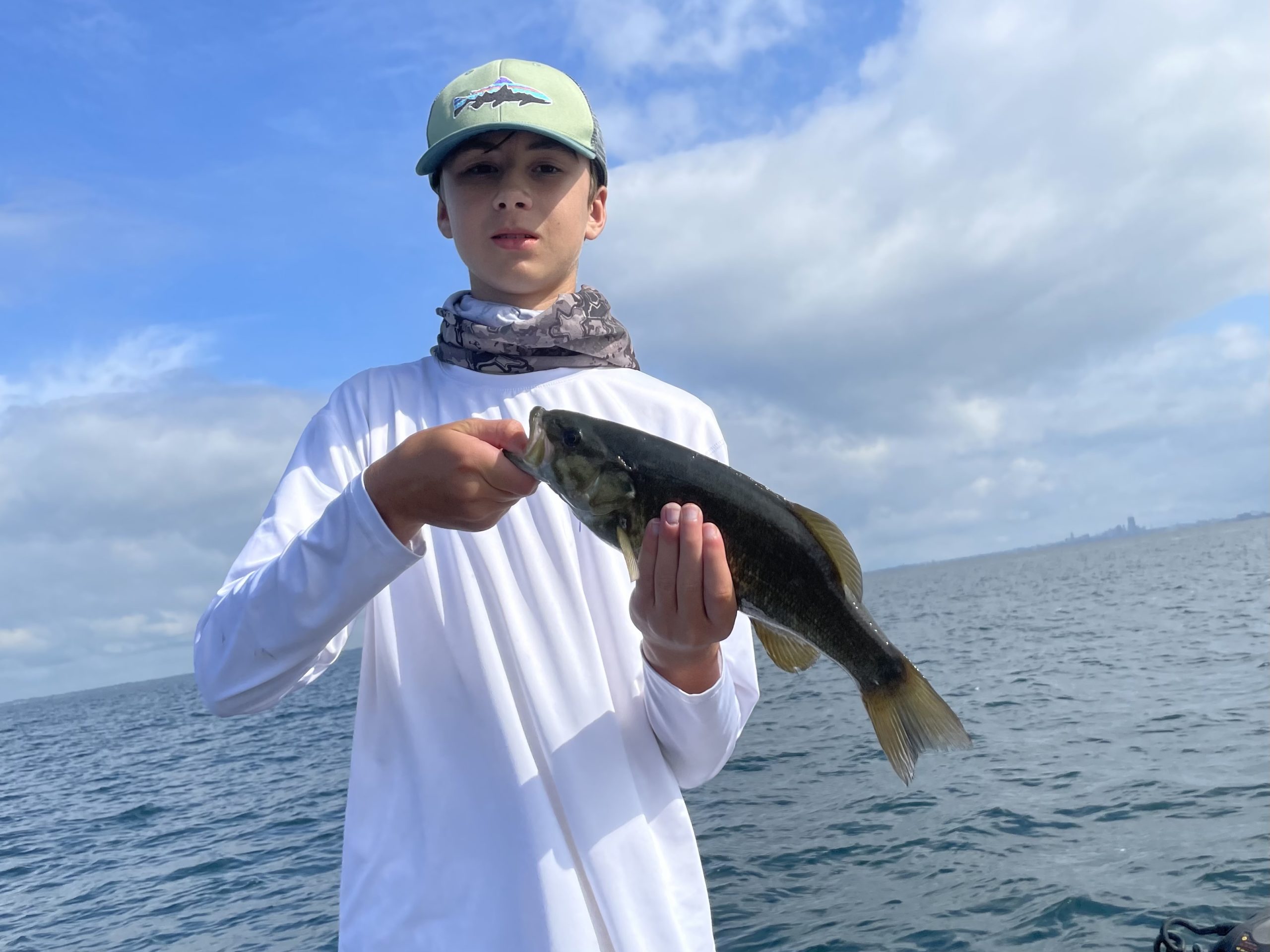 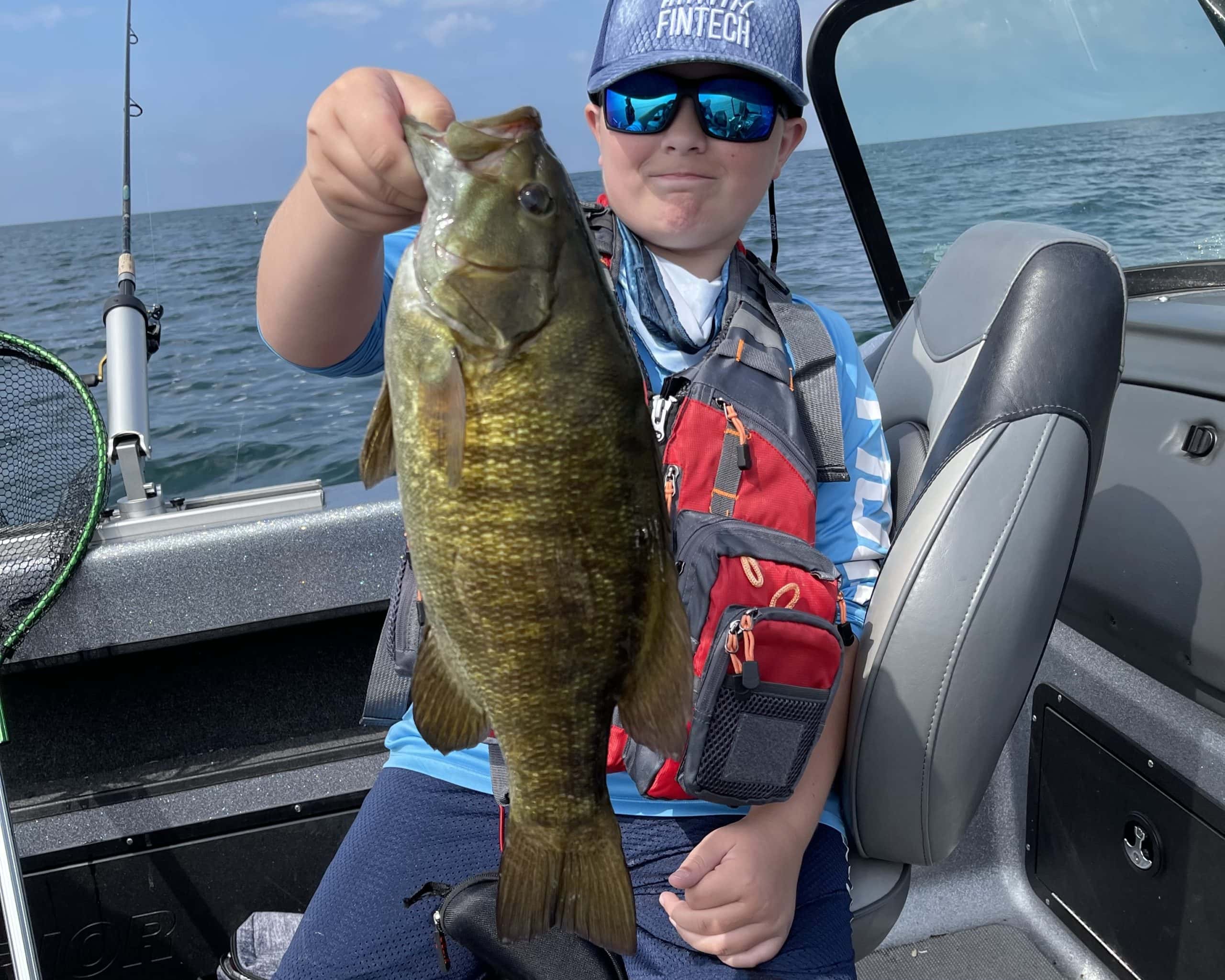 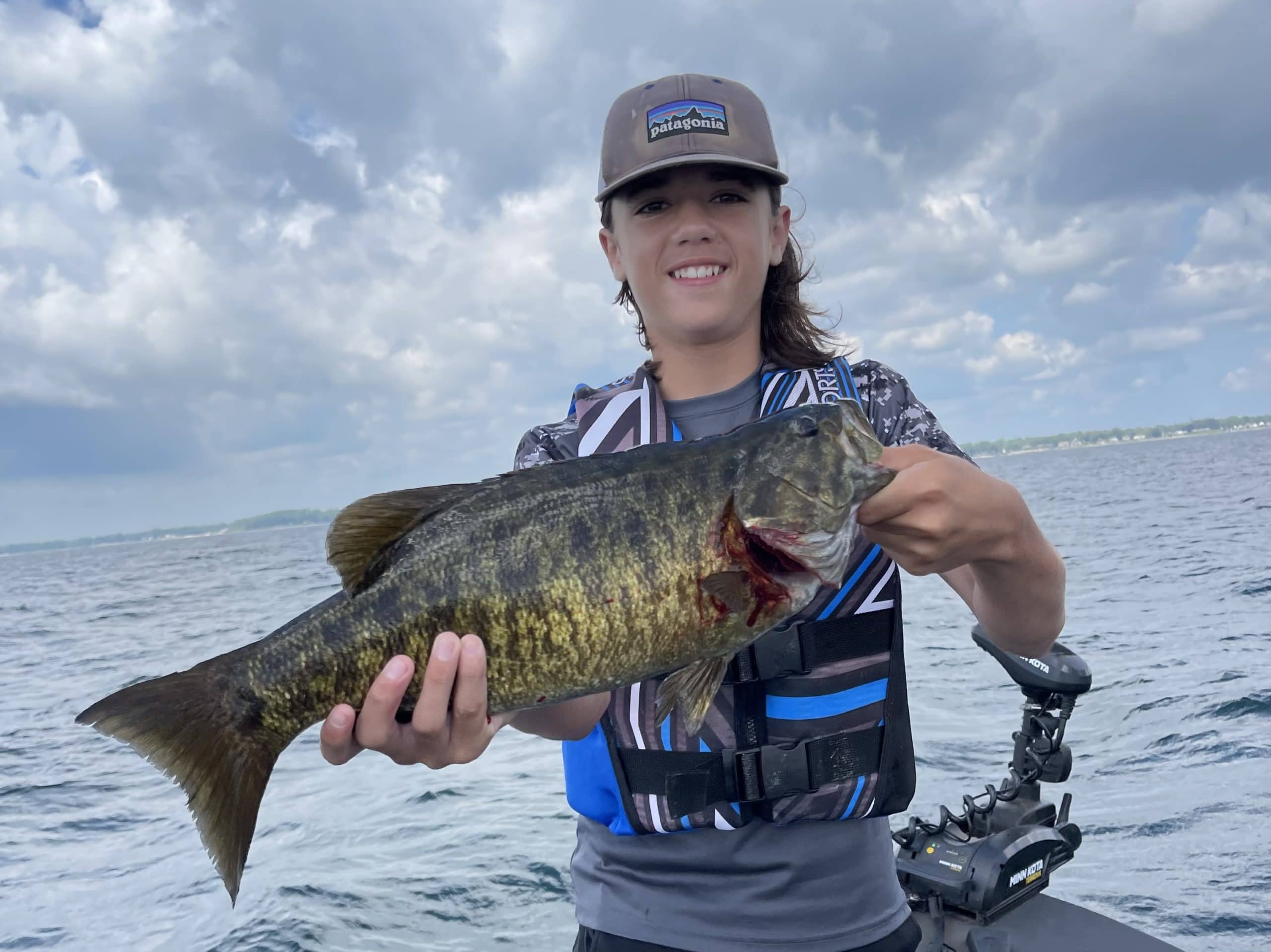 Per the plan, day 5 was “kids choice.” After all, in the previous days they saw a huge slice of our regional waters so they had an idea of what would be possible. A few of the kids wanted to explore some more, cover water, and keep bassing – I took them. The rest of them wanted to try again for kings and steelhead – Paul and Mike took them.

When I think about this past week, I realize how much luck was involved in all of it. I happened to fish with the “right” kids a couple of years ago. Those kids kept fishing. Those kids happened to have the right parents – those that encouraged their children to keep fishing or at minimum, enabled them to keep doing it. Somehow there was a group of families, all connected in some way, all with the ability to plan logistics. I was also lucky enough to meet two charter captains, at different times and places, whom I knew were the right guys to partner with. Finally, the weather was borderline pristine all week.

So, in typical military fashion, I’ve been thinking about things I could’ve improved about this past week. Honestly, I haven’t been able to come up with much. It was a proof of concept that was immensely successful – mainly because of a lot of luck and because everyone involved was passionate about making it work. This was the first – but it won’t be the last Fishing Camp. Big thanks to everyone involved. See you next year!