Largemouth Bass on the Frog 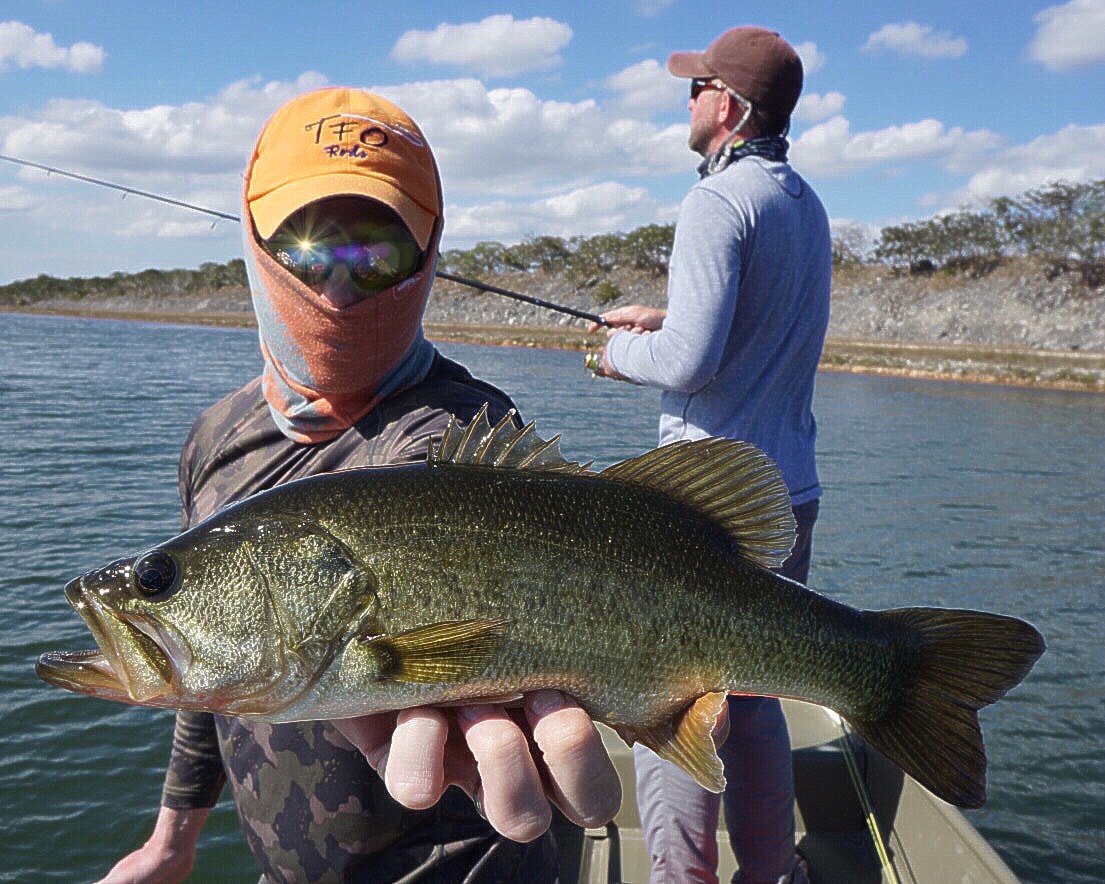 Yep – we caught largemouth bass on the frog.  Topwater.  For hours. What better area than the Florida Everglades where you can consistently bomb huge casts down a long straight bank that’s consistently covered with weeds along a steep drop-off? Frogging is a blast! The retrieve on the surface, the visual take by the fish, the discipline required to wait a couple seconds before setting the hook, and the strong hook set. So much fun!

I guess this is kind of a quick coming out story – I USE CONVENTIONAL TACKLE SOMETIMES. There I said it. I feel so much better now. It took me awhile to come out because fly fishing anglers can be pretty brutal about that kind of stuff. I guess I just don’t care anymore. Over the past couple seasons of guiding and running charters, I’ve fished with some awesome conventional anglers who’ve taught me quite a bit. Let’s be honest, or maybe this is just my opinion, but there are some things you can’t do with a fly rod. Just as there are just some things you can’t do with conventional tackle.

I will always favor fly fishing and default to fly tackle, especially when I’m fishing new water – it’s a point of personal accomplishment that’s more intangible than anything else. BUT I also want to become talented at all methods of fishing.  Again, the following statement is just my opinion – I am in no way trying to stir up a controversy or debate – just one dude writing his thoughts for consideration:  Experimenting with all methods of angling opens up a lot of doors. New things to learn, new places to fish, new people to meet.

Now here’s a little bit about the fish king of the Everglades according to the Florida Fish and Wildlife Conservation Commission:

Appearance:
The largemouth bass is the best known and most popular game fish in North America. It is distinguished from other black bass because the upper jaw extends beyond the rear edge of the eye, and the first and second dorsal (back) fins are separated by an obvious deep dip.

Habitat:
The Florida largemouth bass is the state freshwater fish. Found statewide in lakes and rivers, they are commonly found along vegetation, or underwater structure, but schooling bass are also found in the middle of lakes.

Behavior:
Black bass spawn in spring, when males fan out a bed and then protect the eggs and fry. The baby fish eat zooplankton (microscopic animals that drift in the water column), and when about an inch long begin eating other small fish. Adults eat a wide variety of fish, crustaceans and larger insects.

Fishing Tips and Facts: Florida is an outstanding destination to catch a trophy.   You can convert a photo and measurements of your fish into lifelike fiberglass mounts, so you can release the lunker to fight another day. The best live bait is a golden shiner, fished under a float or free-lined.  Plastic worms are the most dependable artificial bait for largemouth bass. A weedless Texas- or Carolina-rigged worm is especially effective with heavy plant cover. Checking “Florida Fishing Weekly” is a great way to learn about the full array of techniques available to bass anglers as well as specific details about different bass fisheries around the state.