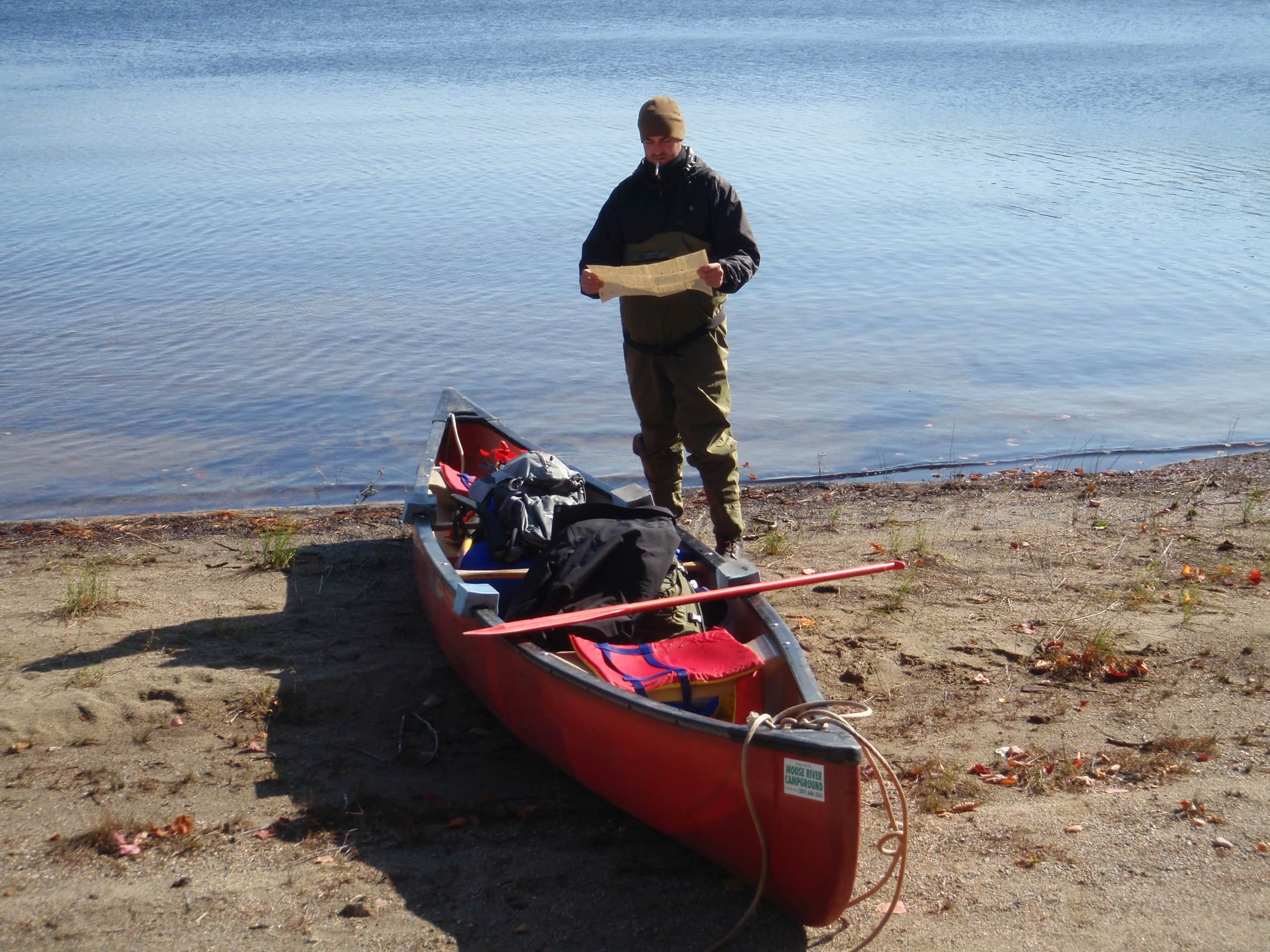 I’ve told this story to quite a few people over the years.  The other guy involved in this piece of non-fiction has been reading our blog posts and recommended I tell it – if for no other reason than entertainment value.  What will follow is a tale of exploration, getting off the grid, taking in breathtaking scenery…well, mostly this is a story about more than a decade’s long relationship with what is now a mainstay on every camping and fishing trip.  From how this wonderful accompaniment in our adventures entered our lives to what it has come to symbolize and will continue to do so in the future, our companion represents continuity over an angling history that spans well over a dozen states and 3 times as many rivers.  “FINISH THE STORY, MAN!  WHAT ABOUT THE ___.”  O.K., here is the story of our friend, Old Crow.

Before you start judging me, my routines, and the story that follows, allow me to drop a few disclaimers.  I am not a cheap bastard (although my family and close friends may tell you otherwise – I’m fiscally conservative).  I’m not an alcoholic but I AM blessed with the gift of high tolerance for anything that is brown in color and 80 proof.  I DO NOT endorse the irresponsible consumption of booze.  With that out of the way, please allow me to proceed.

It was around 8 years ago, almost to the day, that a close friend of mine and I decided to go on a 10-day bender exploring Maine.  A couple months prior, both of us checked into a new unit (this was during my active duty days).  We met in our Executive Officer’s (second in command) office where we were regaling our new boss with our summertime adventures prior to our arrival in coastal NC.  I just returned from spending the better part of 2 weeks honing my angling skills and sleeping in the dirt in Yellowstone National Park.   He just returned from a 30-day, 10,000-mile road trip around the U.S. hiking every National Park within reach.  I knew right away that this guy could hang so after we left the office I asked him, “How would you like to have a real reason for hiking?”

There was a brief debate about the purpose for hiking.  He was all about taking in the sites and gazing from picturesque peaks.  I related to this having done much of the same along various stretches of the Appalachian Trail.  I explained to him that although clearing my mind and connecting with nature on long, mindless walks was sometimes rewarding, I was often left wanting for something that challenged all my senses.  “Would you be interested in an activity that gives you everything you currently get from hiking and also rewards you with the opportunity to hold some of nature’s living crowned jewels?”  I proceeded to lay it on thick by explaining that this activity would turn into a passion that would engage him on a never-ending path for learning and discovery.  A new fly fisherman was born.

He promptly purchased a 5wt and all the accessories required for a beginning angler.  I taught him how to cast around North Carolina, both in salt and freshwater.  With a little bit of confidence behind his belt, we started looking for an opportunity to take in the wonders of nature AND bring some of its slippery beauties to hand.  Maine in the fall was a natural choice.  By the way; make sure to read the state angling regulations before making a visit.  If we had, we would have realized that the Maine fishing season closes 1-Oct – we planned our trip over Columbus Day weekend.   Hmmm – how will we occupy our spare time?  With only hiking and taking in Maine’s wonderful fall foliage to fill our daily itinerary (I know, tough breaks), we decided to make the trip a little more hardcore by staying at backcountry campgrounds as often as possible and partaking in copious amounts of alcohol to facilitate the deepest of fireside conversations.

When we arrived in Maine, we went to the grocery store to stock up on provisions.  Much to our surprise, they sell hard alcohol in Maine grocery stores (I wish NY would move this route).  Both of us shared a penchant for brown so we picked up a handle of the natural choice – Jack Daniels.  With what we thought was about a 7-day supply in the trunk, we pushed north from Portland, ME.  We stopped at the Freeport L.L. Bean store along the way just to see what it was all about and to pay respects to an industry flagship store before finally reaching our first stop – Khatadin.  We hiked and took hundreds of pictures over the next 3 days.  From what we heard from the locals, it was the best fall foliage in years.  Our fireside chats were deeply philosophical, as they often are when making a dent in a handle of brown. 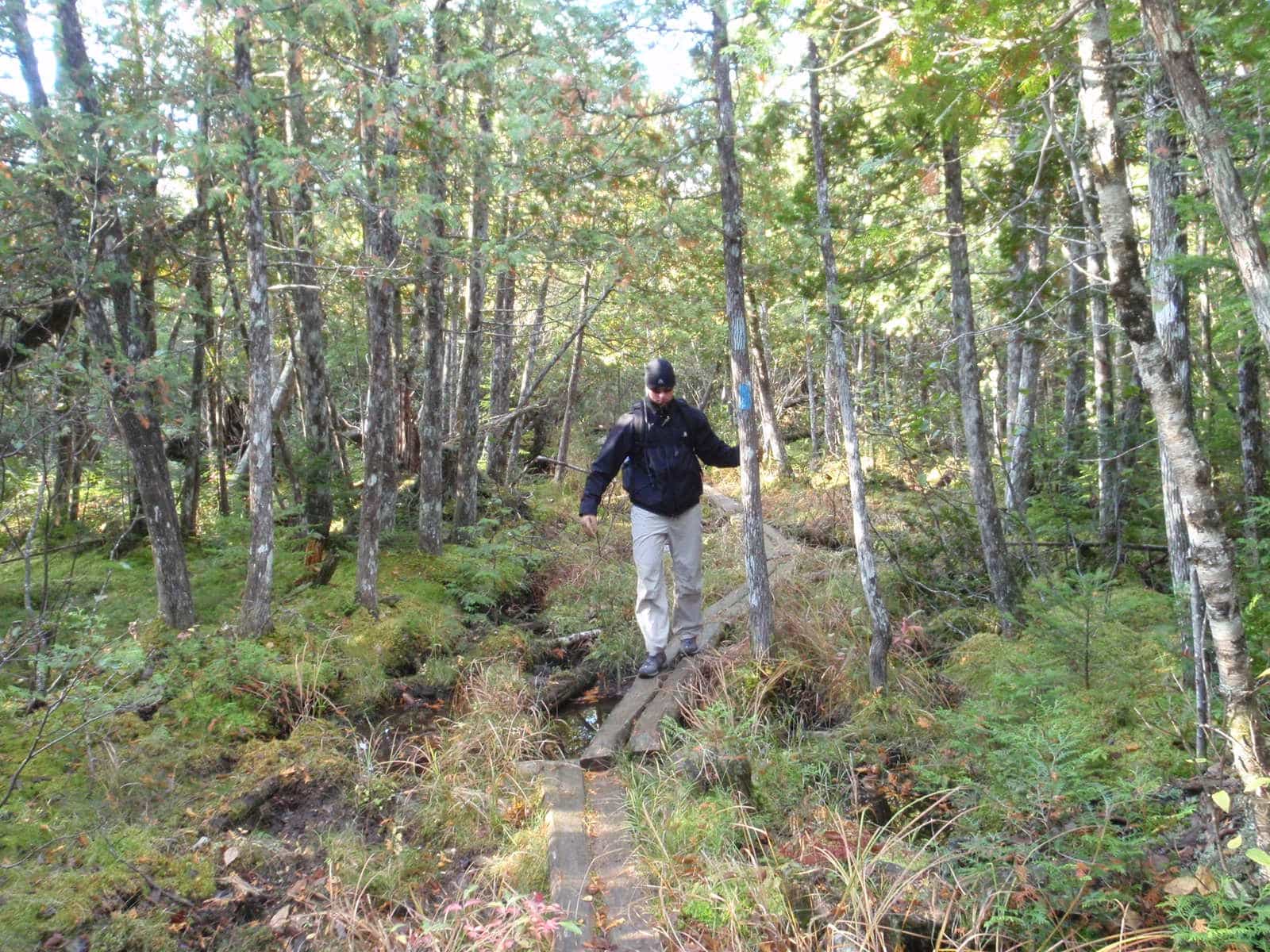 Descending A Peak Near Khatadin 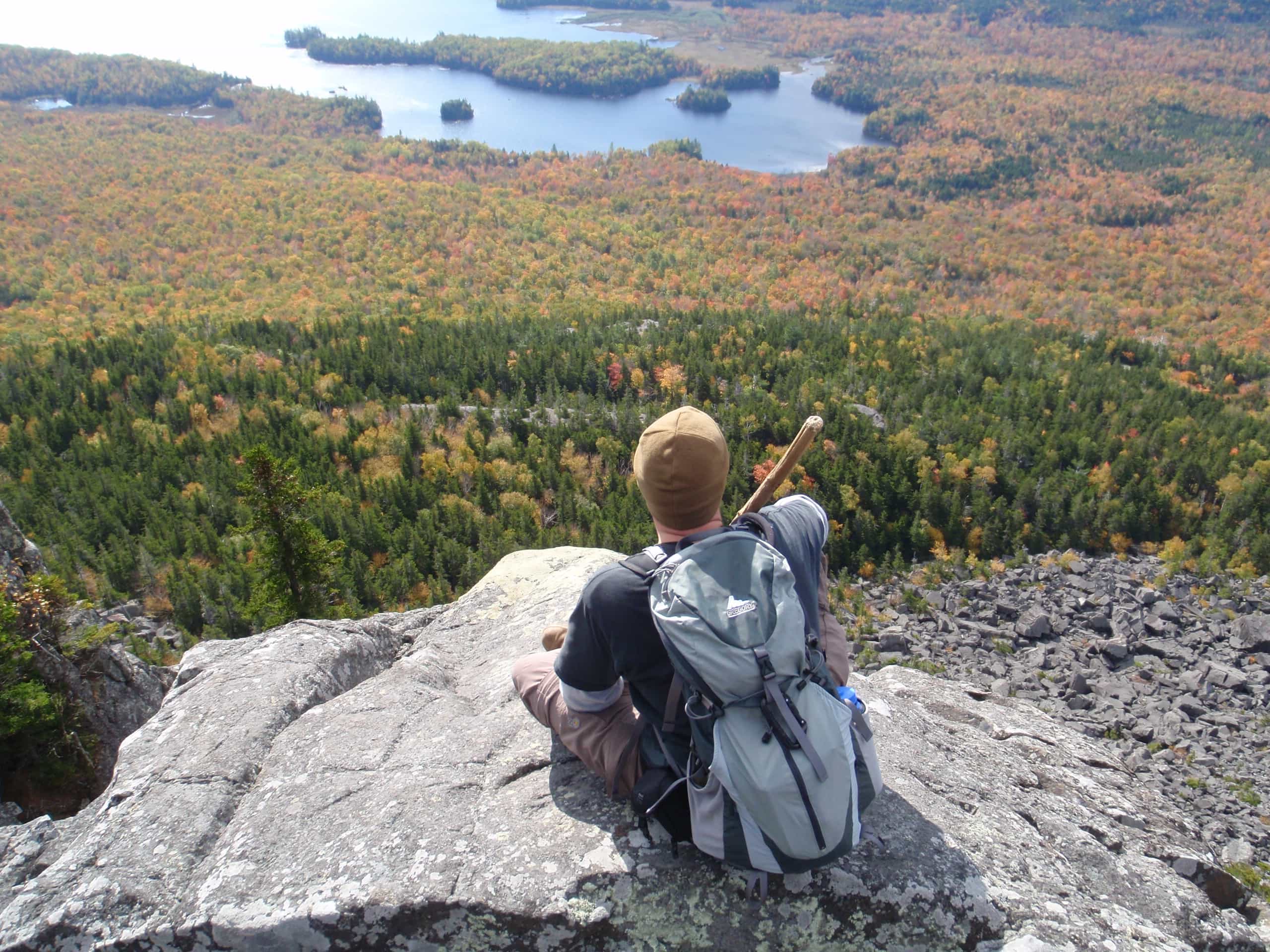 Taking it All in Near Khatadin 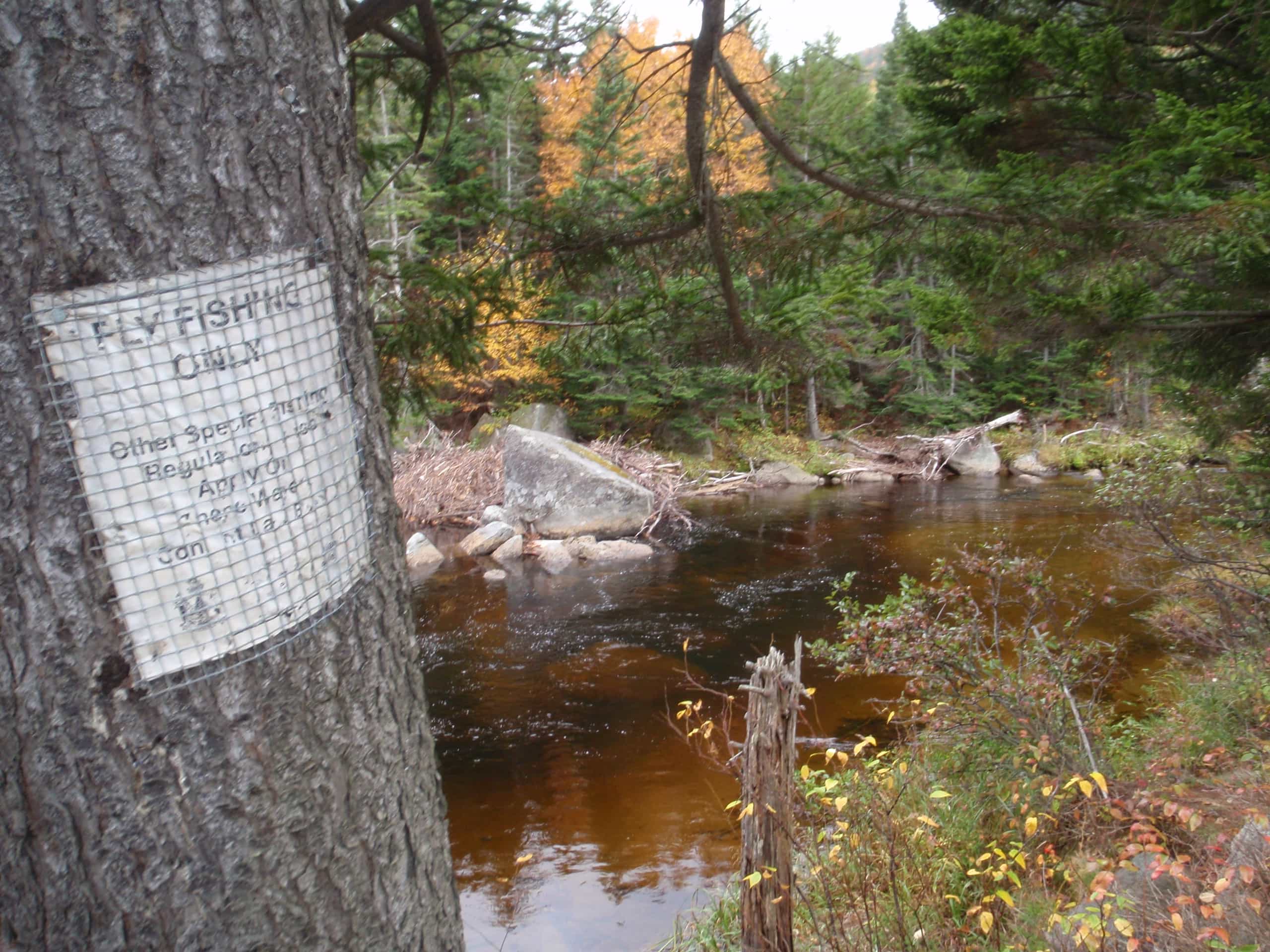 Should’ve Read the Damn Regulations Prior to Showing Up! Looks greasy. 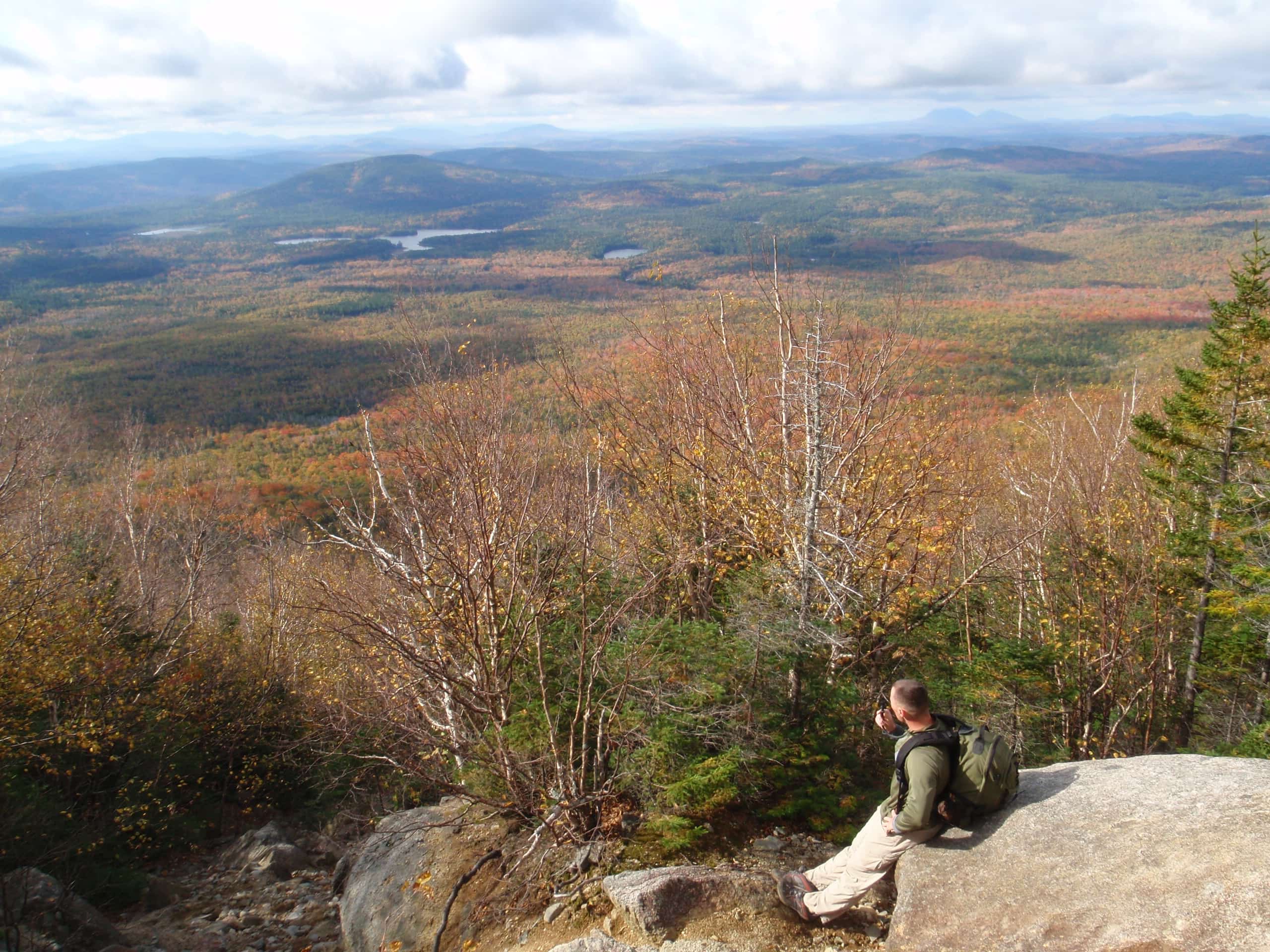 Fall Foliage in ME – What a Sight to Behold

On the fourth day, we pushed NW to the town of Jackman, ME, where we took a quick inventory of our supplies before pushing off on a 30+ mile canoe trip on the Moosehead River.  It was here that we realized we were out of booze.  “What?!” After only 3 days?  If you’ve never been to Jackman, it’s an old logging town with little in the way of grocery stores.  The only one in town was connected to a gas station and had things on the shelf we were sure had been there for years.  BUT – they had a liquor selection and perched on the middle shelf, a prime piece of grocery store real-estate, was a bottle featuring a black bird.  “Old Crow?,” I questioned.  Let me read the label and see what it’s all about.

“When Dr. James Crow invented the sour mash process in 1835, he revolutionized Kentucky bourbon making.  Old Crow soon became the world’s best selling bourbon.  Through the years, Old Crow has often been imitated but never duplicated.  Enjoy the true original.”  Quick aside – I just typed that from memory having read that label countless times since my original reading.  I, WAS, SOLD!  I quickly called my friend over to review the label with me.  With some disdain, he said something like, “Dude, that stuff’s dirt cheap.”  I immediately retorted, “That’s because they’ve been making this stuff for nearly 2 centuries so they have the process mastered to where they can afford to charge so little while remaining profitable.”  He looked at me as if I was insane but with few other options available, that bottle of Old Crow made it into our cart.

The canoe trip that followed was supposed to take 3 days but we finished it in 1.5.  On the first day, we battled some ridiculous conditions.  From sustained 15mph headwinds to long portages to pulling the canoe along railroad tracks, by the time we set up camp we were in desperate need of nourishment and hard drink.  A quote from Hunter S. Thompson captured the moment well with, “Can I get the bottle of Old Crow and mix it up with the remains of these ice fragments…a cool drink for the freak?”  With our stomachs full of bratamus maximus (another campfire staple that is a species of the bratwurst we’ll discuss in a follow on article) and a strong, soft-woods fire crackling, we cracked the bottle and before long, it was empty.  We haven’t been the same since. 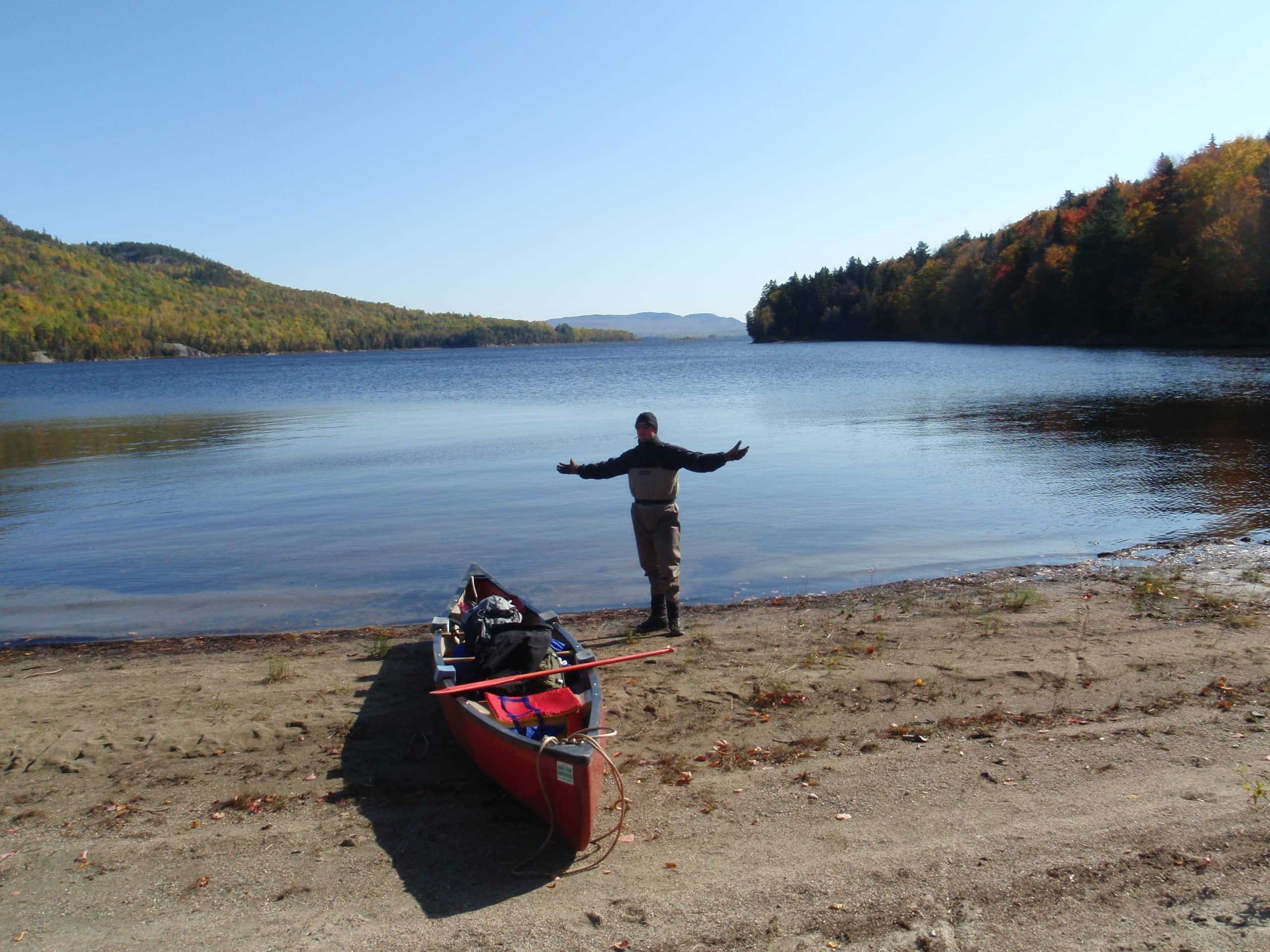 WTF!!! After a long Paddle Across a Large Lake Against the Wind

“What the Hell are You Guys Doing Here?” An Owl Stares Down at us Along the Moosehead River 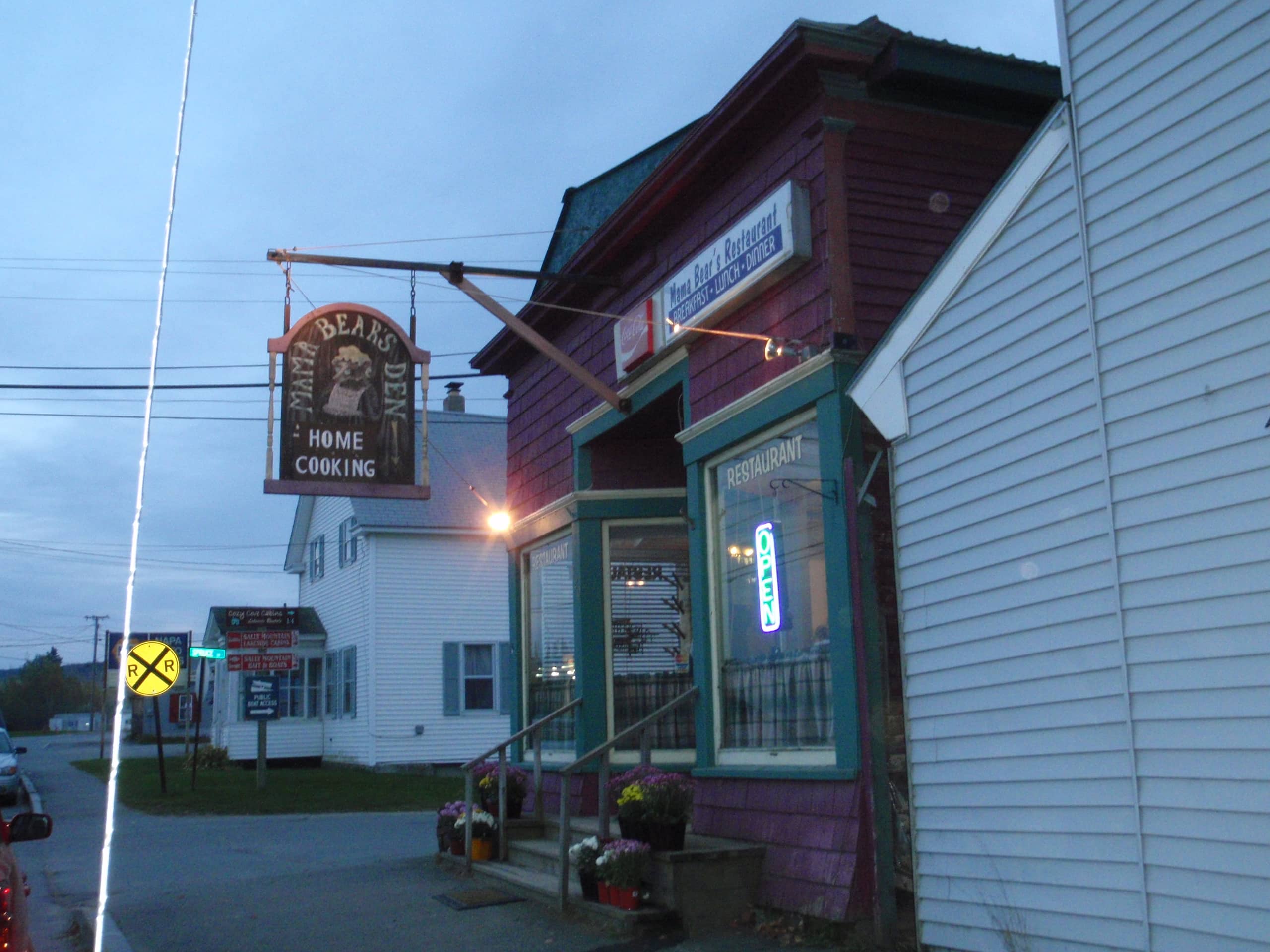 Mama Bears – an Oasis in Jackman, ME. Best Breakfast Ever 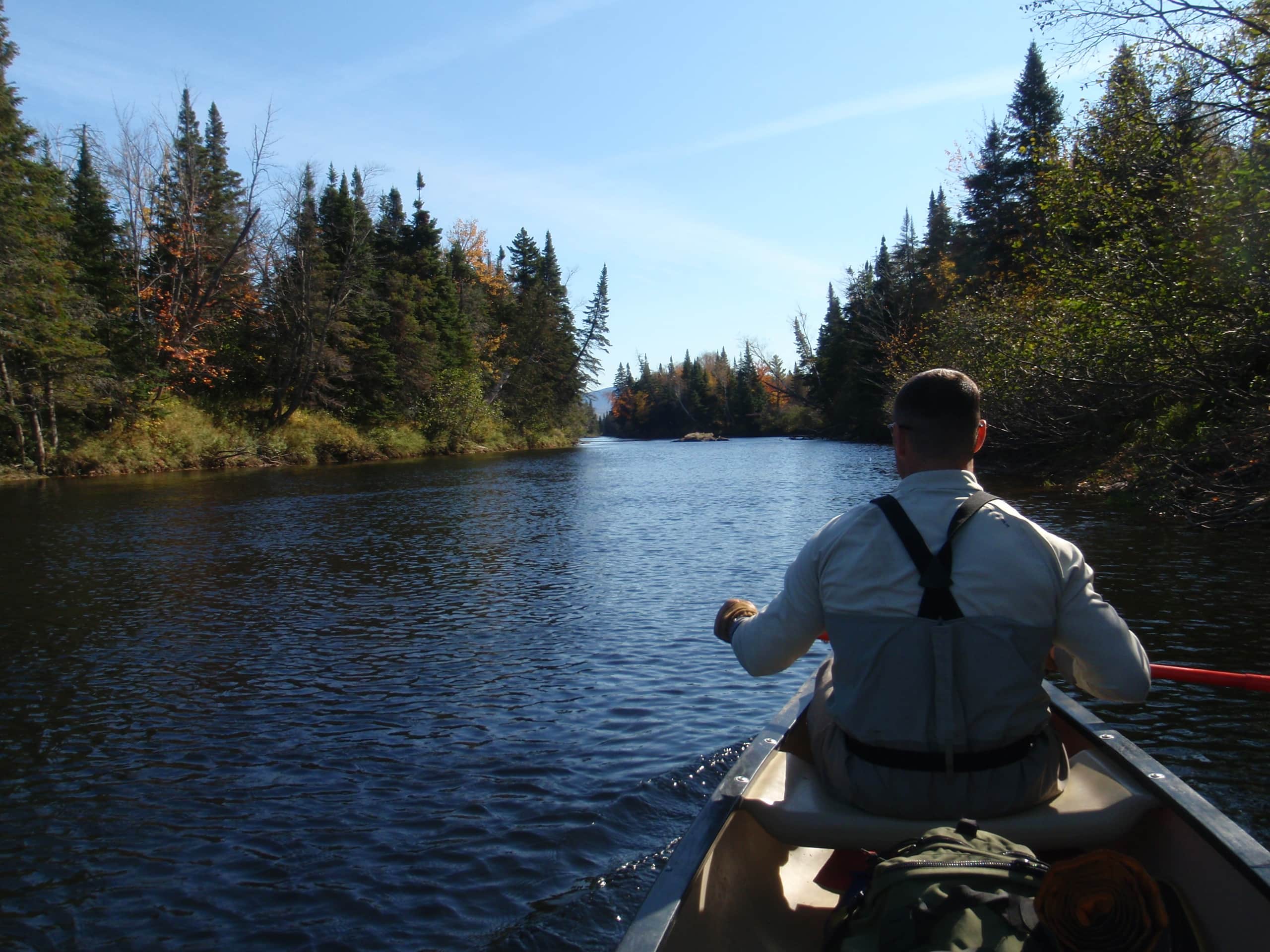 A Little Foggy From a Bottle of Old Crow the Night Before, Mother Nature Rewards us with Serene Conditions – Moosehead River ME

The rest of the trip included a visit to Mount Washington, the White Mountains in NH, a float trip on the Androscoggin (NH didn’t have a closed season), and a couple nights in Acadia where we boiled fresh caught lobster and mussels over the fire.  We consumed Old Crow throughout.  We were never hung over and we bonded over philosophical conversations I don’t think would have emerged without the stuff.  Apparently, we are not alone in experiencing tendency for fireside philosophy facilitated by “the original.”  I read somewhere that Ulysses S. Grant drank Old Crow throughout his Civil War campaigns and he arouse victorious.  I’m not implying that Old Crow was responsible but surely it had to help.  Right? 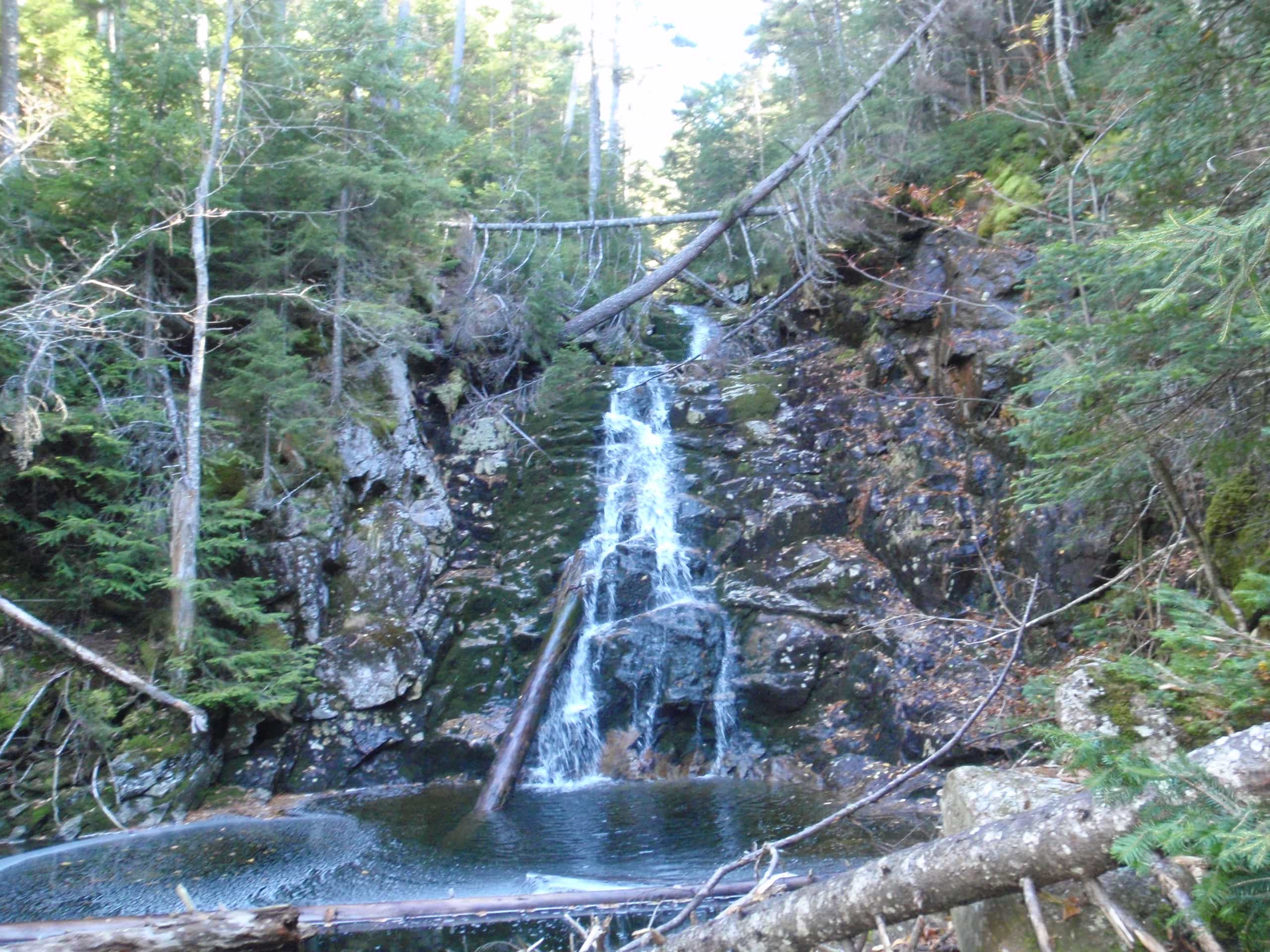 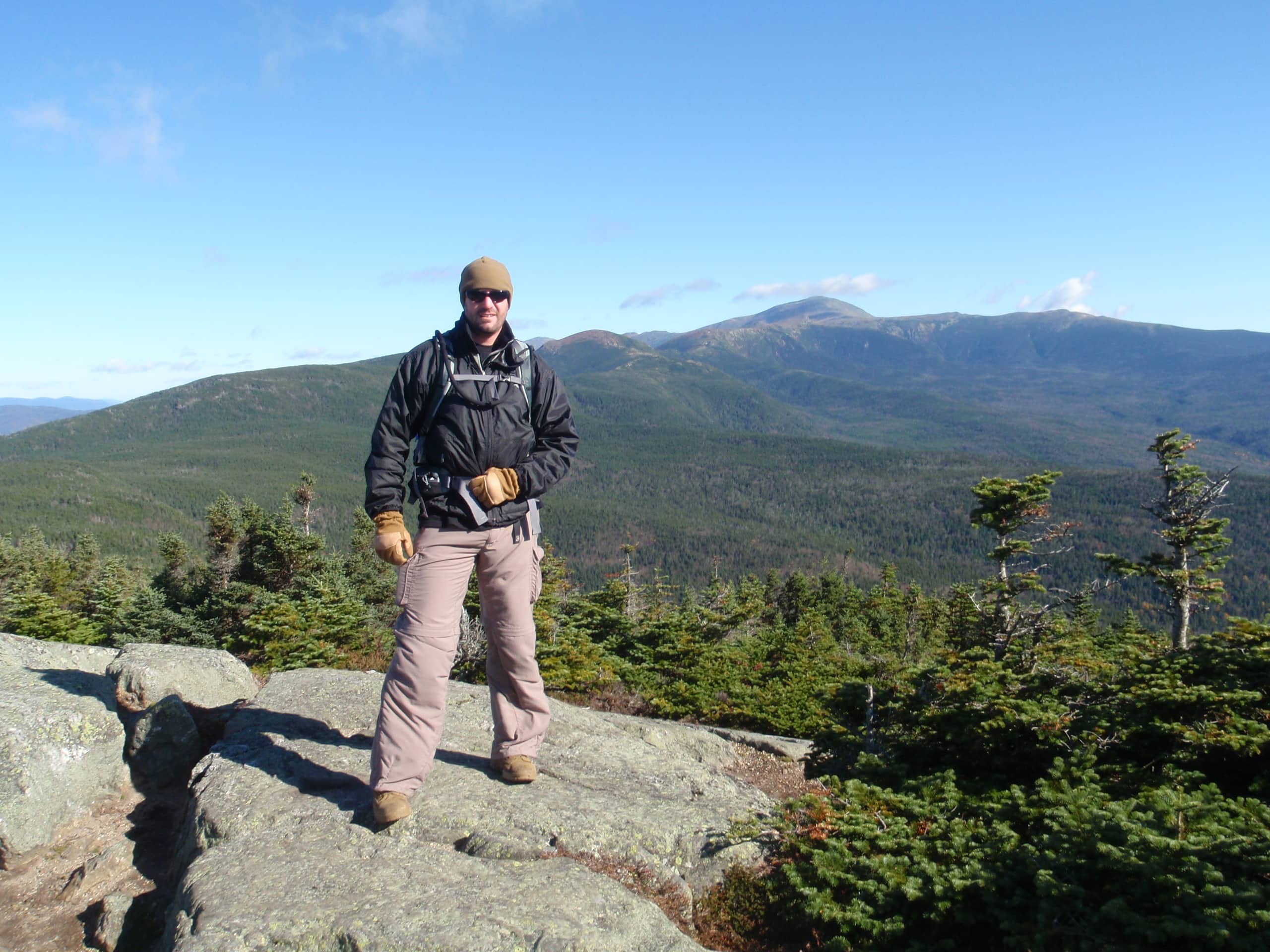 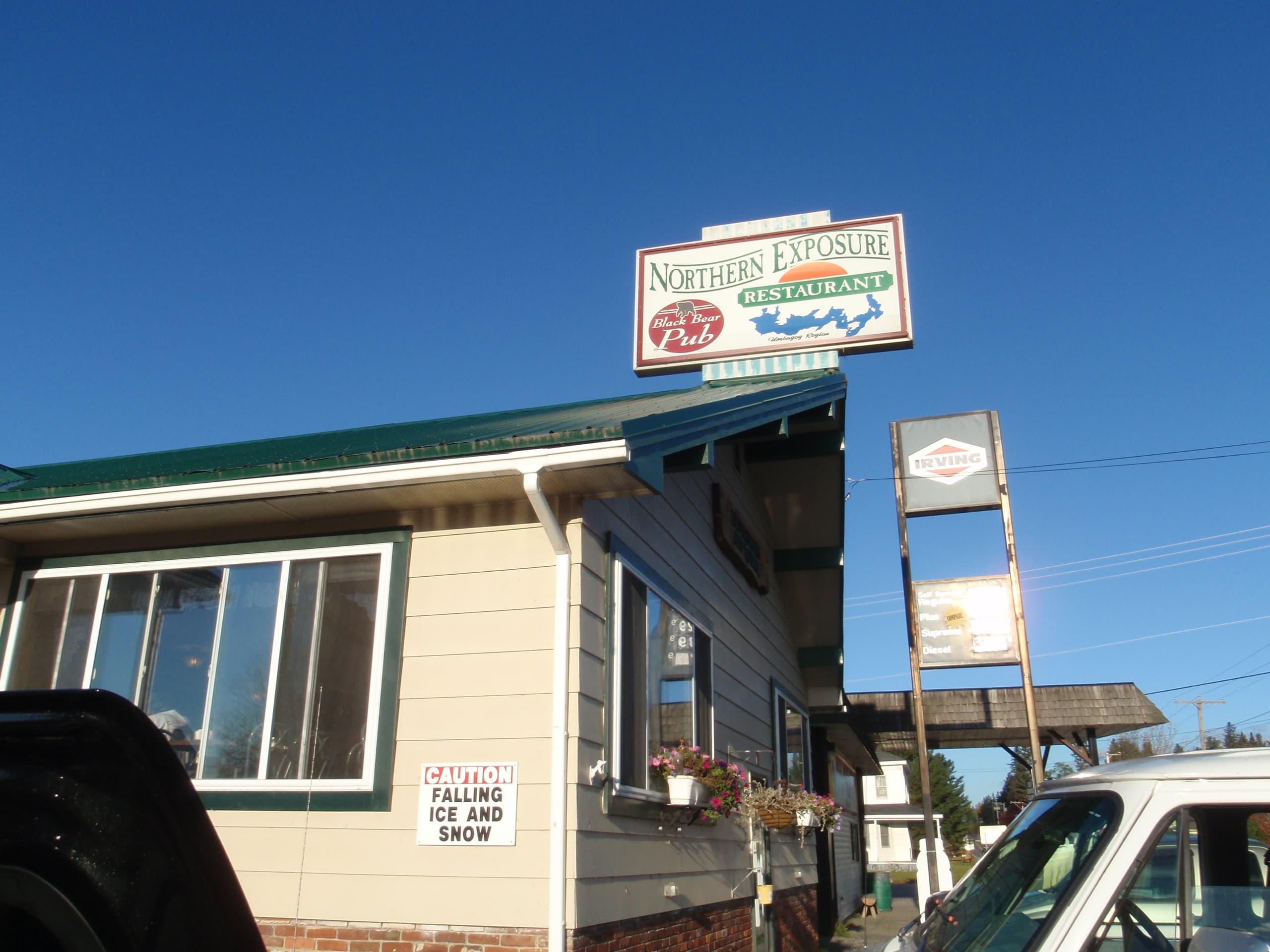 One of the Many Mom-and-Pop Diners we Visited 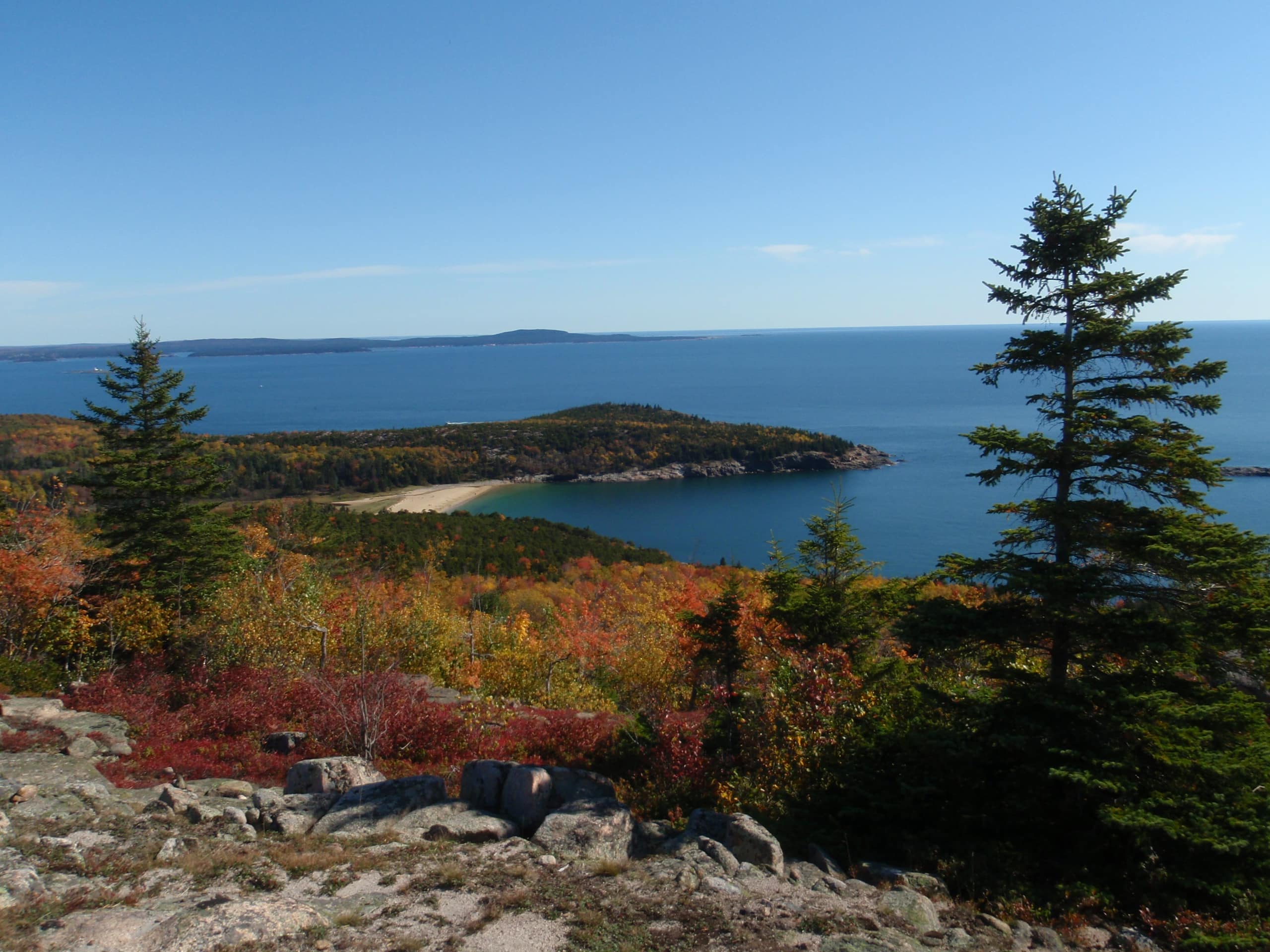 Acadia National Park – The End of a Bender to Remember 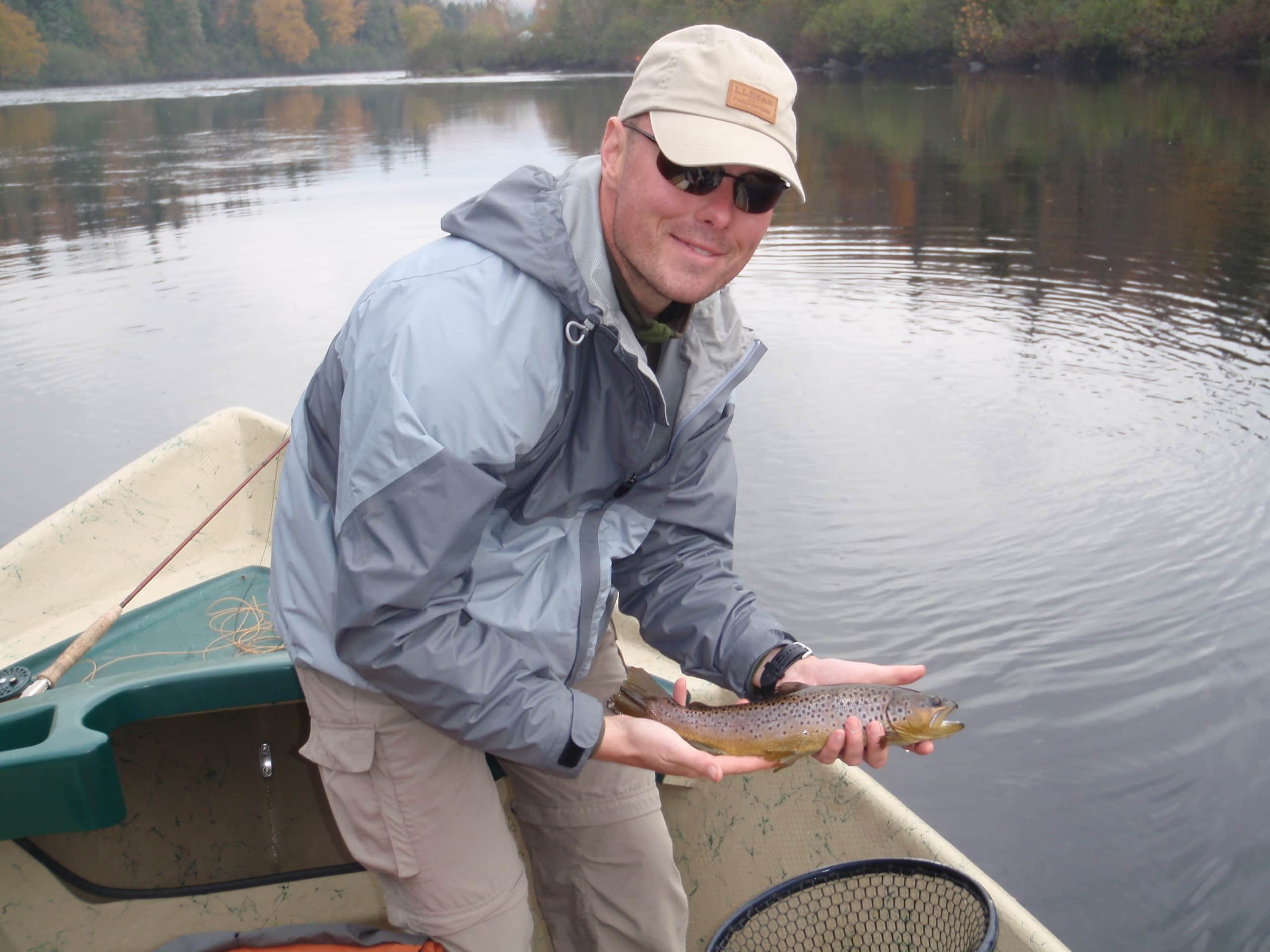 Old Creezy, as we now call it, has made an appearance at our campsites all over the country, capping off days of fishing for trout, bass, musky, carp, and more.  It has come to symbolize consistency in a nomadic lifestyle that is anything but normal.  I am willing to bet that many of our fellow vagabonds have something similar that’s ever-present on their trips and we’d love to hear about them.  If you can’t relate to all of this, I’m sorry, but there’s probably a twinge of envy swimming around your head.  Don’t worry, if you go on enough benders and you make it a priority to get out there, something will surface.