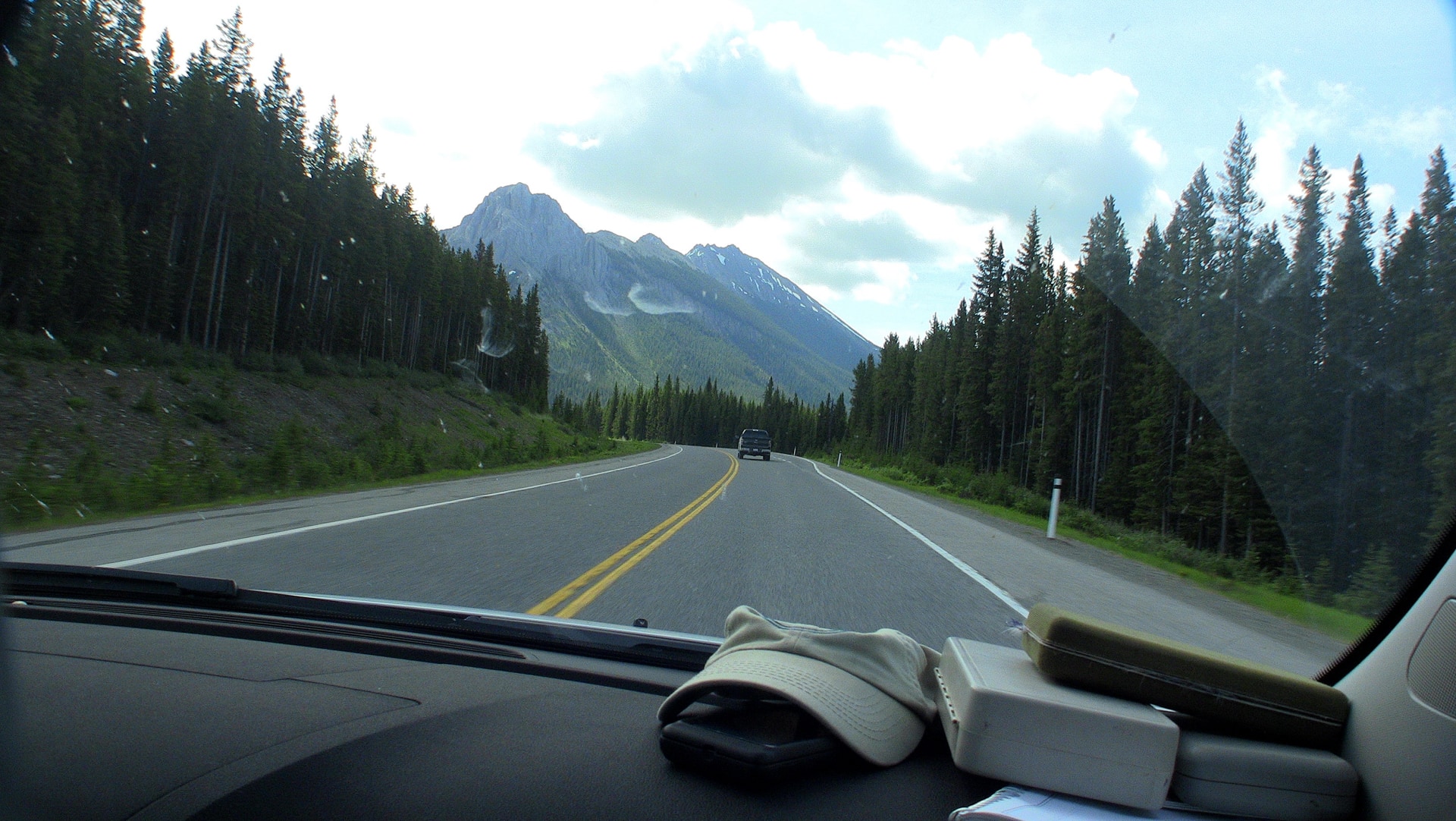 Bro – how much gas do we have left? – Ryan to Nate in the middle of nowhere Saskatchewan, circa summer of 2009 when he realized planning to refuel a couple hours earlier definitely didn’t occur.

Good planning is important.   I’ve also regarded a sense of humor as one of the most important things on a big expedition. When you’re in a difficult or dangerous situation, or when you’re depressed about the chances of success, someone who can make you laugh eases the tension – Edmund Hillary (20-Jul-1919 –  11-Jan-2008 – New Zealander, Explorer, Philanthropist)

It’s summer across the U.S. in the fly fishing world and that means our quarry is extremely active as are all the prey species.  A good number of the country’s watersheds are post run off and are just about in fishable shape – it’s time for a road trip! Many things race through your head as you and your fishing buddies start building your itinerary- where are we going?  What water do we want to cover?  What flies will we need?  What maps should we buy?  Proper planning can turn the best ideas into reality and save a dream trip from becoming a nightmare…but you probably already knew that.  What you may not know is that the adrenaline and excitement that dominates your consciousness on that first day of an epic trip has a tendency to blind you from the simple things that you must get right.  By following a few basic rules, you can ensure your trip starts with success (and you can avoid some of the drama that tests the fiber of your relationship with your fishing buddies).

Picture this: you and a close friend want to go on a big trip to explore a small sliver of the Rockies on both sides of the U.S./Canada border.  10 days fishing in the backcountry where you’ll stay off the grid as much as possible by crashing at primitive campsites, staying on the water all day, and poking your heads into small towns only to resupply on food.  So, you start planning a few months out (if one of you is particularly neurotic, the planning actually starts 6 months out).  Both of you might live in different parts of the country so you’ll have to link up at some distant airport.  This could add another layer of complexity in that you have to compare packing lists over the phone and email and there’s nobody there to hold you accountable for showing up at the airport on time – but that’s not a big deal, right?

When the big day arrives, everything runs relatively smooth.  Well, your friend almost missed his flight because he tends to be late for just about everything but he made it so who cares.  The two of you greet each other at the airport with a huge hug that says, “Damn, bro!  We’re finally here.  Let’s do this.”   All your gear makes it, your rental vehicle is exactly what you wanted, the gas tank is full, you have plenty of food and road snacks (to include copious amounts of energy drinks) – it’s on!  Time to push!

5 hours later, you’re somewhere in the Saskatchewan backcountry where it’s pitch black (darker than a black steer’s tookas on a moonless prairie’s night), the truck’s nearly out of gas, and you and your friend are arguing about the accuracy of that dashboard tool that tells you how far you can get on the gas left in the tank (it changes all the time by the way – depending on how you drive).  What makes matters worse is that neither of you have slept in something like 24 hours when you consider time zone changes so your exhaustion makes the arguments incoherent and unfulfilling.  How did it come to this?   Better yet, how can you prevent this?  Here are 3 simple rules that will keep you in check when your desire to push hard on that first day likely exceeds what your body (and vehicle) can handle.

Rule 1: get some sleep.  O.K., you’re saying to the screen, “Thanks for stating the obvious, buddy,” but if you are anything like us, that night before an epic trip is akin to the night before Christmas when you were a kid – it ain’t gonna happen.  Either deprive yourself of sleep in the couple days leading up to the trip so you crash that night before or take a sleep aid right after waking up in the morning before getting on the flight.  I’m not a doctor or a scientist but I am a veteran that’s spent plenty of nights without sleep – it’ll destroy your ability to think clearly.  Being fresh on that first day will pay off immensely so make sure you plan to get your Zs the night before.

Rule 2:  Don’t drink energy drinks until you actually need them.  It’s always funny to watch a group of people in the morning after they have a cup of coffee or a couple of dudes in a car after drinking energy drinks.  If you’ve never paid attention to this, try it some time.  Conversation flows easier than normal; singing classic rock, hair-band ballads, or rapping 90’s hip-hop becomes inevitable; and it’s likely a debate will break out over a topic of little consequence.  All this is an excellent distraction for hours on the road as well as the readings on the speedometer and gas gauge.  Pound your favorite poison (ours are Monster Rehabs) only when your eyes become heavy and the conversation drops to mere mumbles.

Rule 3:  This is the most important one – take piss breaks every 2 hours.  I can hear the guys in the their 20s and early 30s saying it now, “Dude, you’d lose so much time.”  BullS#$%!  Or, completely irrelevant in that you are usually transiting to a new location and crashing upon arrival so an extra 30mins isn’t going to do anything for you.  Some of you might also be thinking, “That’s a lot of pissing – I never go that often.”   Easy problem to solve – buy a gallon of water at your first stop and chug it regularly.  This will do a few things for you:

In another life, it was my job to plan military operations so I always take joy in planning “epic” trips.  However, even the best plans fall apart when human factors enter the equation.  Excitement, anticipation, and adrenaline have all played their role in creating needless drama on those first days of my personal “Odyssey” so I hope these rules can save you from the trouble.  You know what though – forget you read all of this – the chaos makes for a better story at the end of the trip.