The People – Why We Love the Profession of Guiding

The People – Why we Keep Doing what We do

It’s winter and the conditions have been crappy lately.  I don’t know, maybe my memory is flawed, but this winter seems particularly crappy thus far – as measured by fishable days that is.  All this time off the water has me in pathological thought mode.  More specifically, I find myself thinking about what I miss most about being on the water.  Here’s a hint – it ain’t the fishing.

Guiding is a Unique Human/Social Endeavor

A Reliable Source of Variety

I spend a lot of time on the water – a huge percentage of my conscious life. I’ve seen a lot of our local water and caught many fish around here. Some of what I see is routine – a common occurrence in a particular season.  Every so often an anomaly occurs – the exceptions that prove the “rules.” Regardless of how the day unfolds, there are 3 common threads woven through every outing:

Meeting whatever challenges emerge as part of threads 1 and 2 isn’t terribly difficult for guides. In fact, it’s probably something that occurs very “naturally” for most of us. We’ve been fishing for much of our lives. We’ve caught many fish and have seen many fish caught using a wide variety of techniques. Point number 3 on the other hand, isn’t necessarily an instinctual endeavor.

In our line of work, we encounter folks from all walks of life – every creed, color, race, shape, size, gender, sexual preference, political affiliation, income level, etc.  Any week, I could end up guiding the CEO of a huge corporation, a lawyer who owns a law firm, a plumber, an electrician, a wildlife conservationist, a casino pit boss, a retiree, or a blogger (I could keep going but you get the point).  Some of these folks could be local or from a bordering state, others could be from some city I’ve never heard of in a state I have yet to visit.  Get the picture? Exposure to many walks of life is inevitable for a guide. 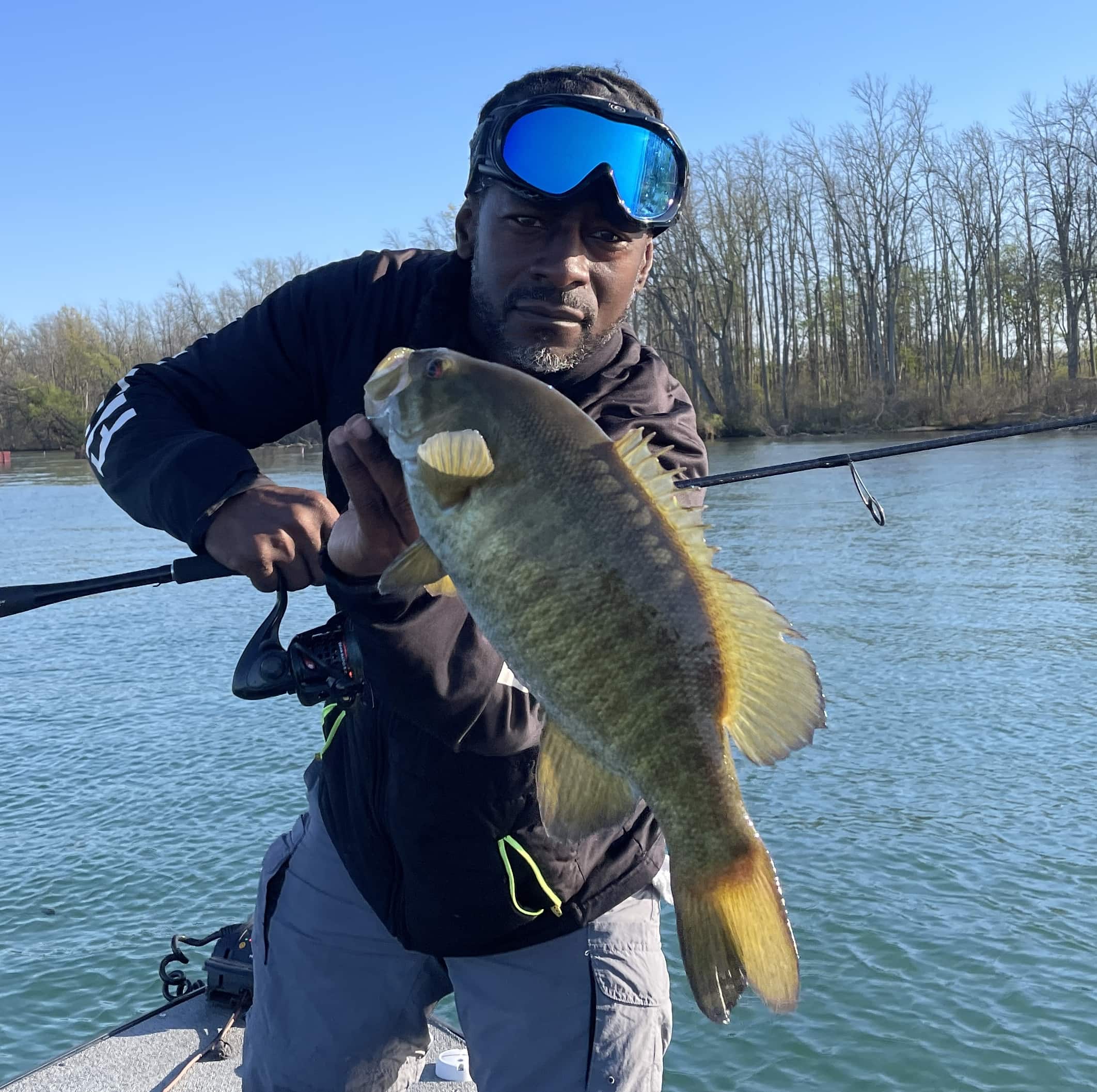 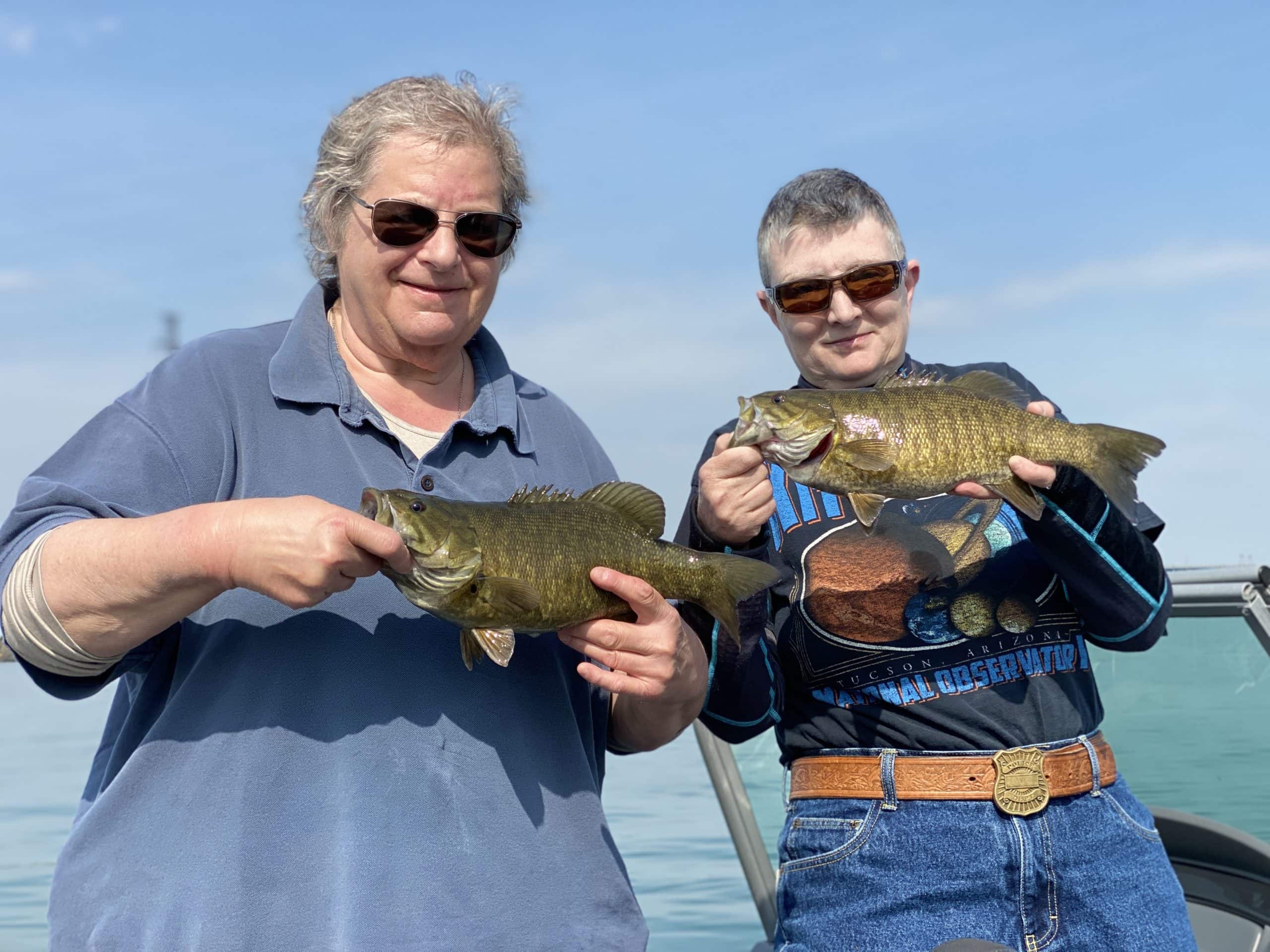 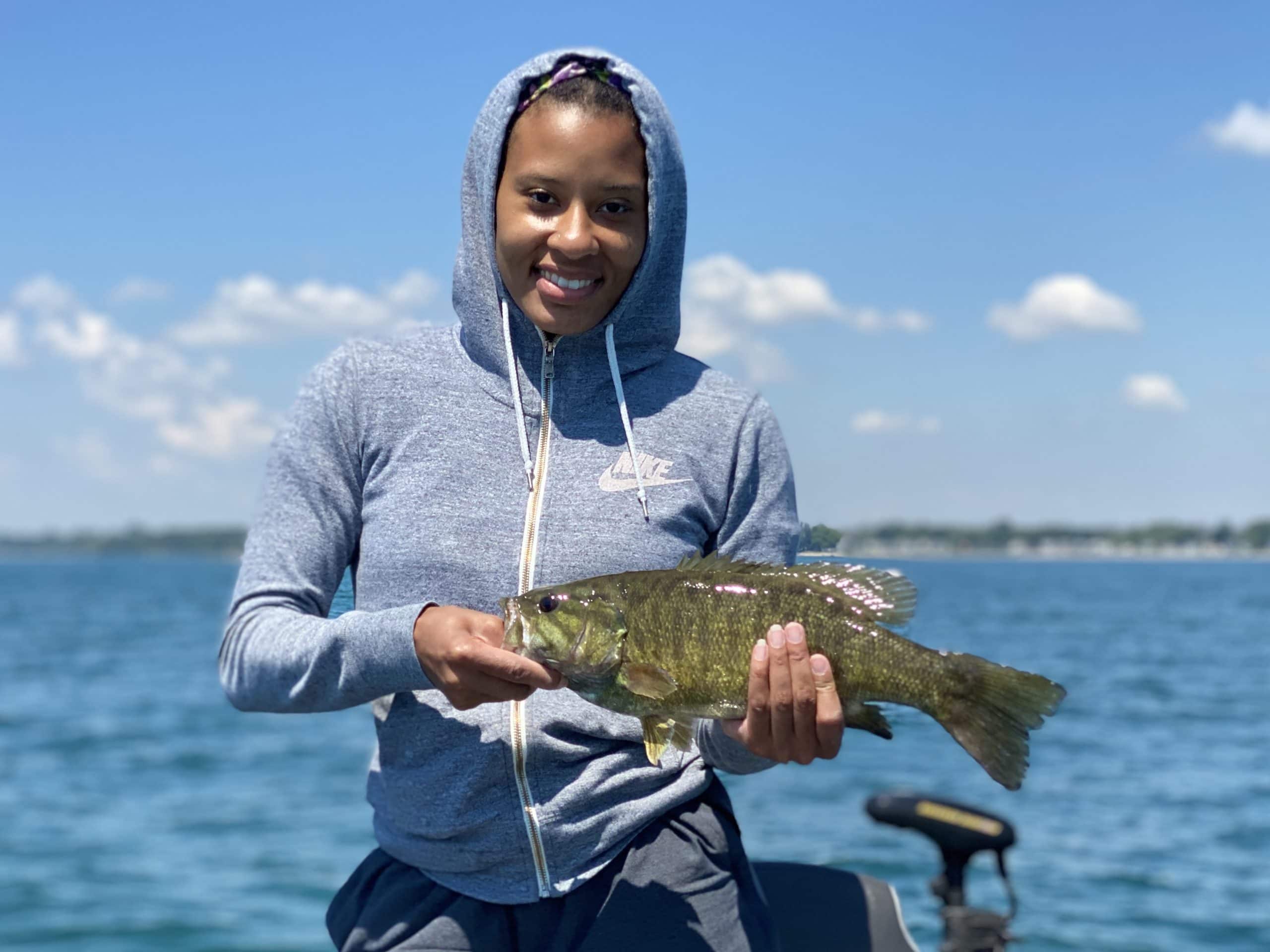 How many professions do you know that put people, often complete strangers from a wide variety of demographics, into an intimate environment from which “escape” is somewhat difficult for 6+hours? I can’t think of any.  This unique aspect of guiding is why we do it – we love people, and if we can teach them something while having some great conversations in the process, even better.

Meeting new people is highly engaging and differs with nearly every outing. For me, it’s the most exciting part of guiding. From the introductory handshake and the first look in the eye; to explaining what’s going on for the day; to building rapport; to seeing that look of panic on their first hook up; to maintaining conversation throughout our time on the water. It’s all a blast. What’s more – I can say with confidence that even if a client forgets my name, images of the day we spend together will remain with that person for the rest of their life.

Although I’m talking a good game about being a people person, believe it or not, I’m an introvert.  Well, I’ll put it this way – I thrive in small groups of people and feel zapped of energy in large groups like concerts, amusement parks, etc.  Maybe this is why I love guiding – it fits right into my comfort zone.  Don’t get me wrong – back in my military days, I led large groups of people, did a lot of public speaking, and often briefed senior leaders.  I enjoyed it and I think I was pretty good at it – but I didn’t feel enriched by it.

The connections I get to form with clients while on the water are intimate, genuine, and lasting.  It’s similar to long form communications such as podcasts – people can play a “role” for about 15 minutes but it’s pretty damn hard to fake it for 6+hours.  In other words, the real “you” is going to come out at some point – that’s the good stuff.  That’s when we get to figure out that although we may seem vastly different – there’s always some common place/idea/issue where we can connect. 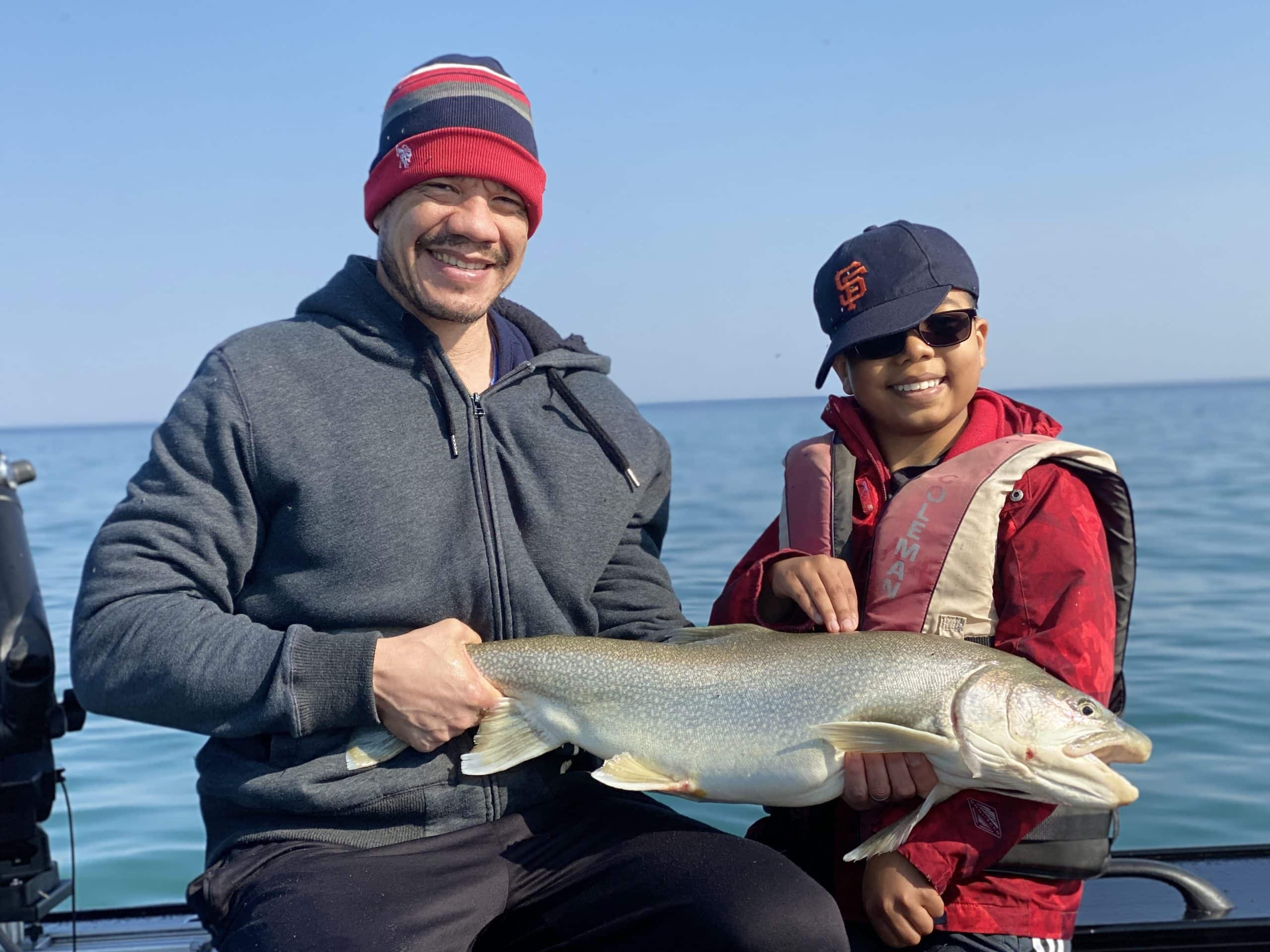 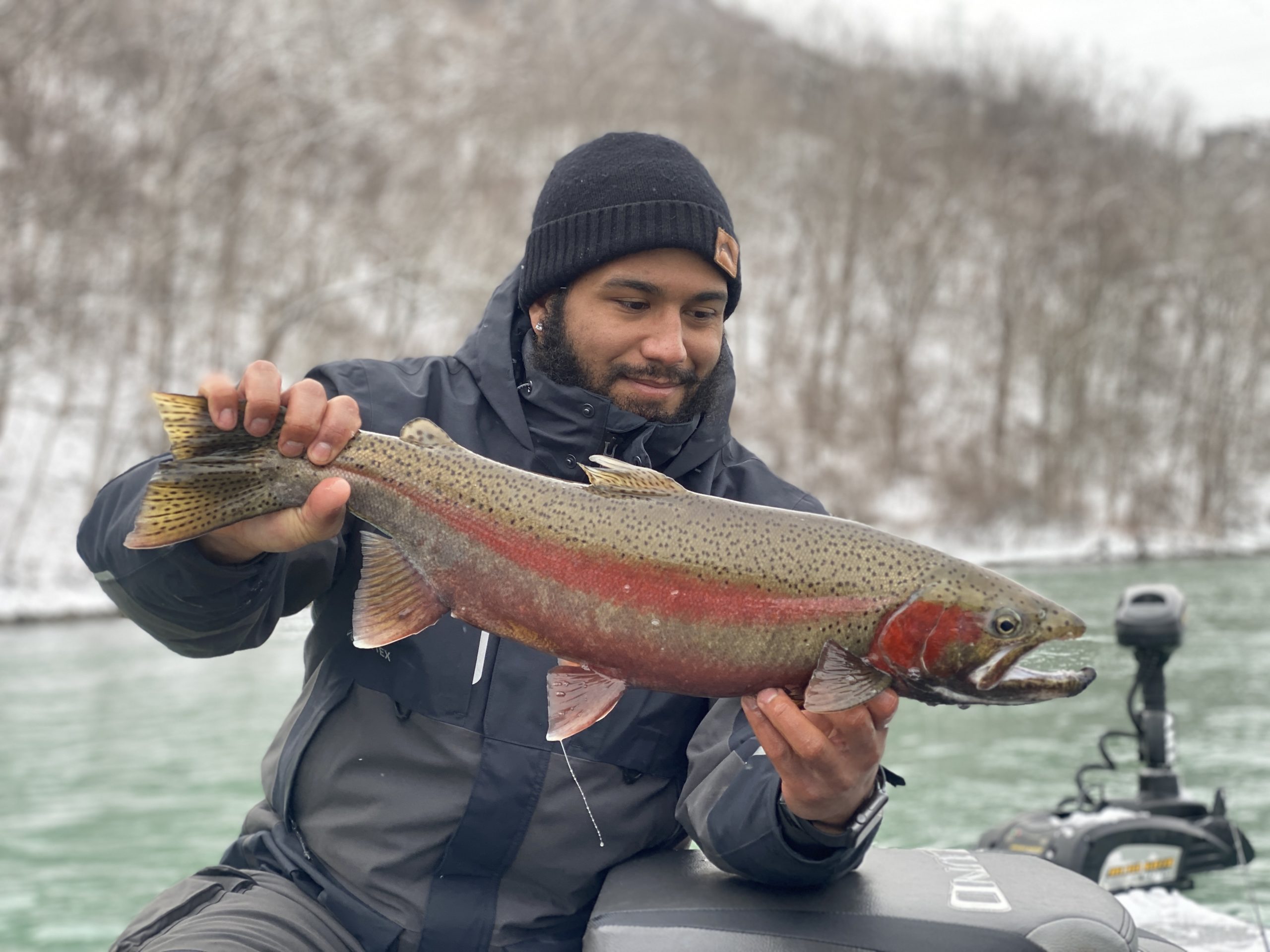 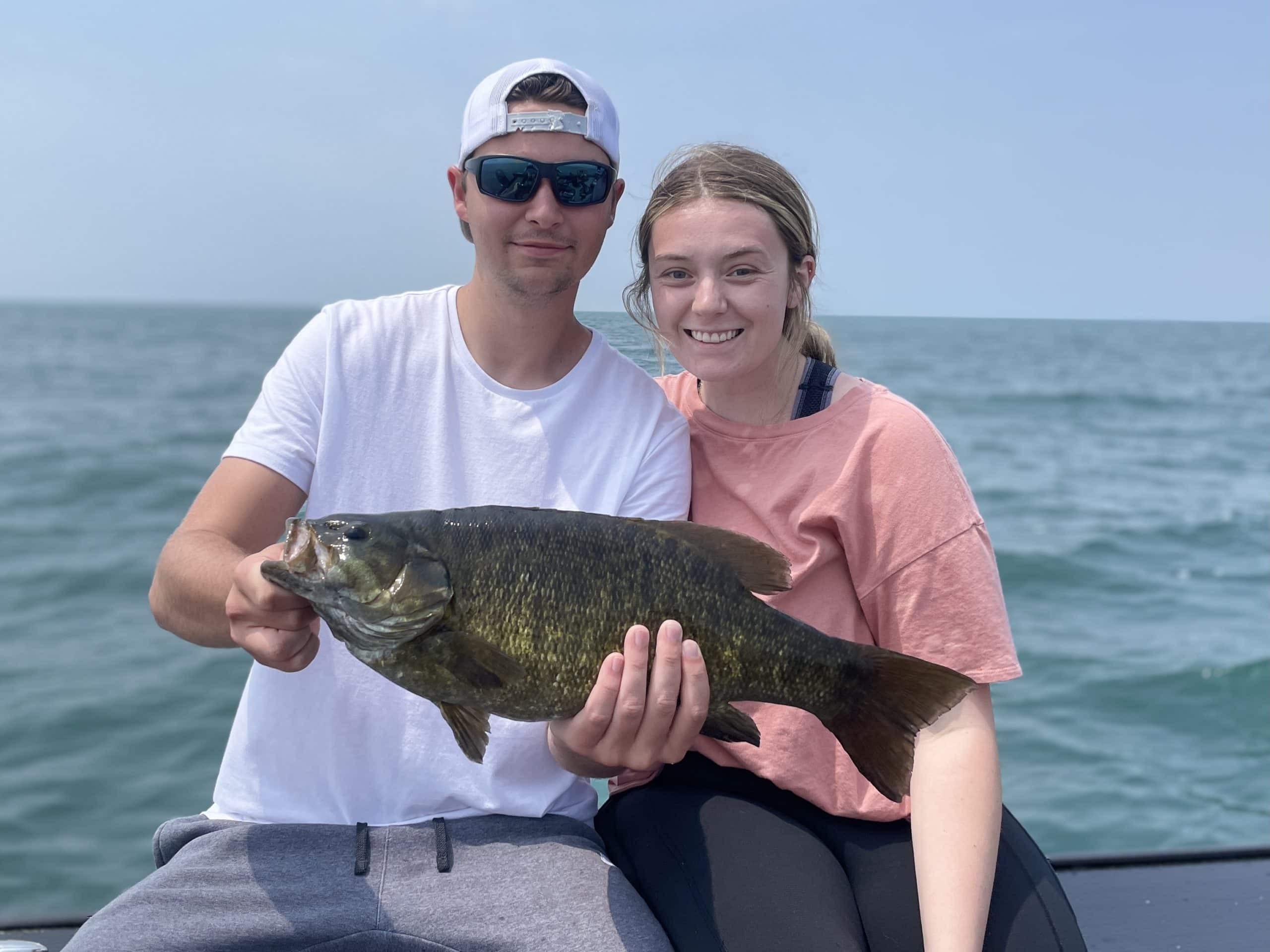 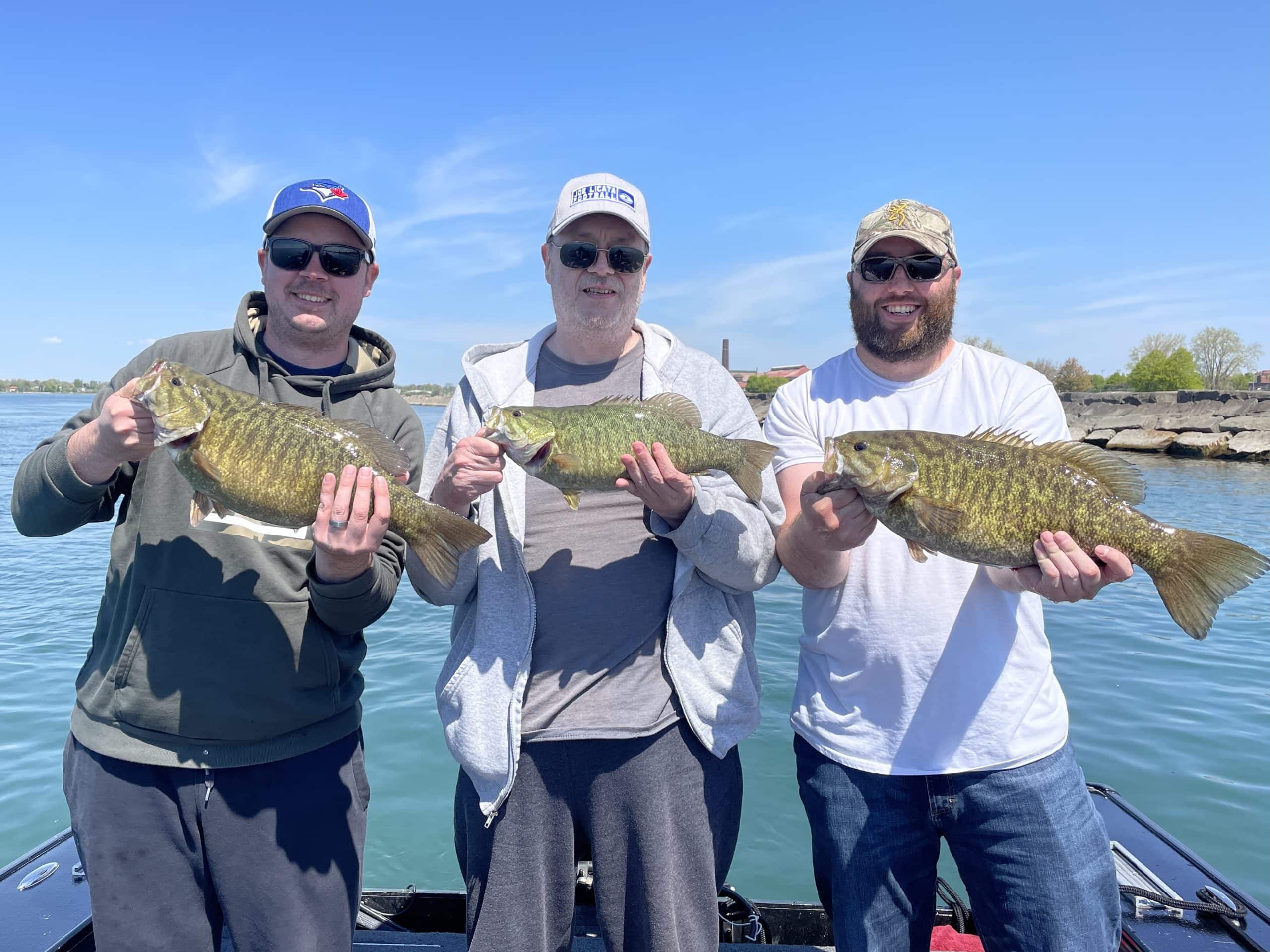 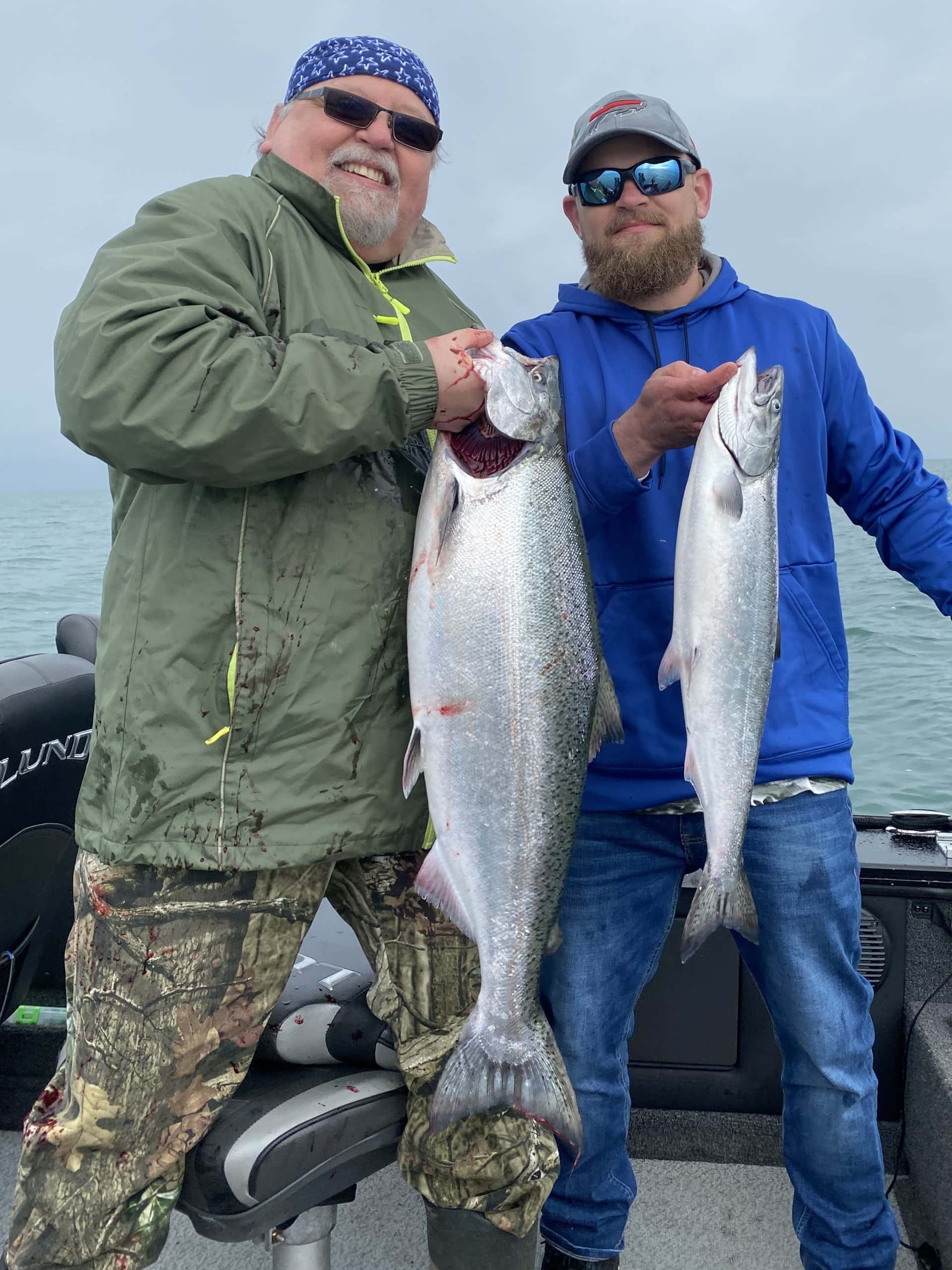 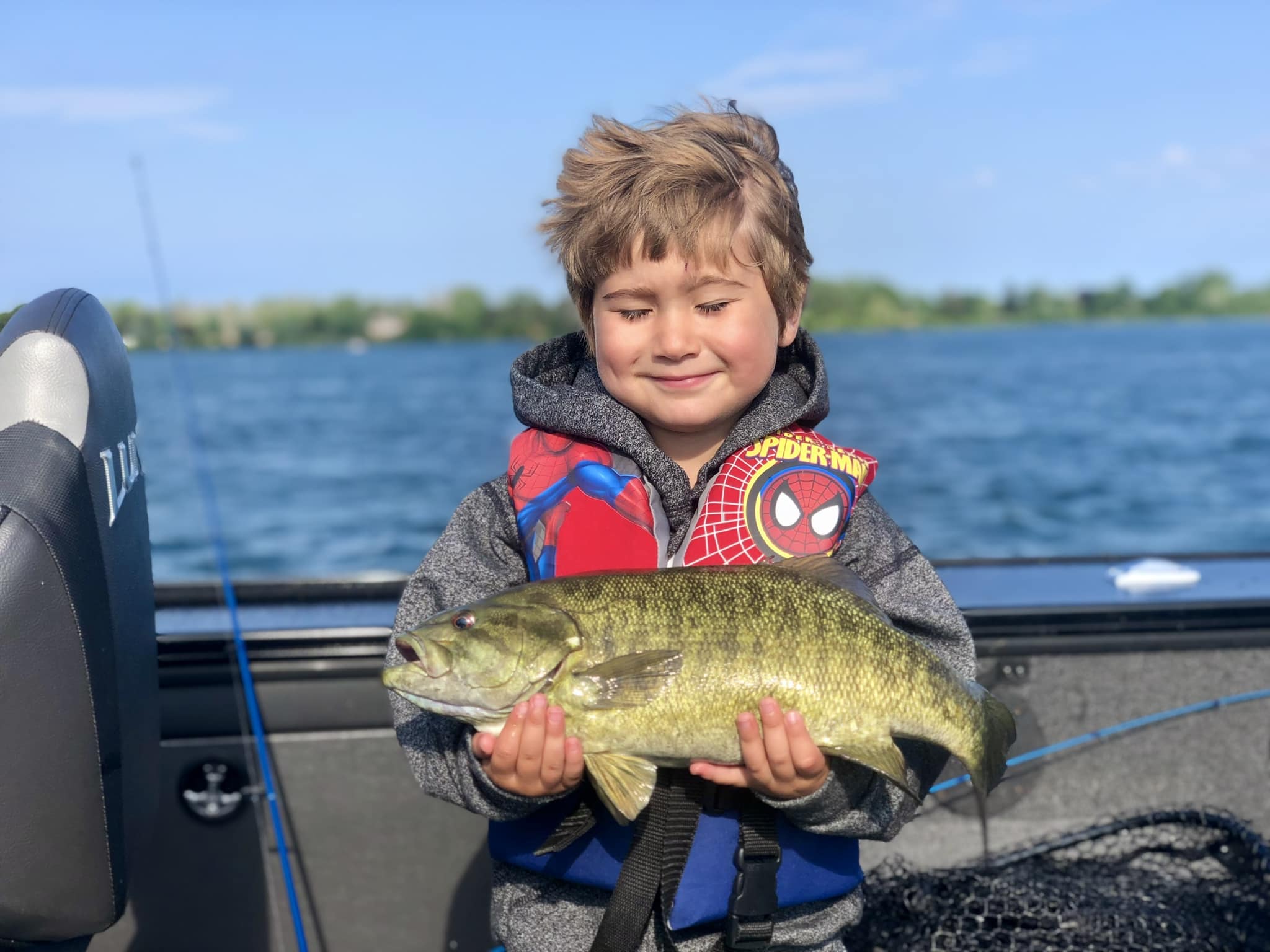 Take all that diversity mentioned above – then add a pandemic.  Things got/have been REALLY interesting over the past 2 years.  At the beginning, when the state “allowed” us to start guiding again, many locals booked fishing trips for the first time as it was one of the few things folks could do that was “low risk.”  At that time, everyone was from the Buffalo Niagara Region, so the general trend was that people were just happy to be outside and experiencing the bounty of the region in a way they never had before.  Conversations often entailed, “did you know this,” or “do you know this person,” or some level of commiseration about the restrictions that were unique to the area.  Hope and unity seemed to be blossoming.

Later that year and throughout 2021, travel started to return to something close pre-pandemic rates.  Niagara Falls is a HUGE tourist destination and many folks who visit the region often book fishing trips while in town checking out that natural wonder of the world.  By this point, I started to see more and more folks from around the country and they weren’t shy about expressing their views about the pandemic and how we’ve reacted to it.  As an example – some folks fished with masks on – others thought that was crazy.  Floridians, Texans, and Oklahomans had one take.  New Yorkers, Californians, and New Englanders had another.  Of course, there were anomalies throughout.  One thing was consistent – everyone had something to say about the state of things.

Although there were numerous takes on the challenges our country/the world was facing, everyone’s position was nuanced, and NOBODY dug their heels in/stood firm in supporting a particular dogma.  Everyone, given the time, comfort level, and the ability and consider all sides, was amenable to other views.  Some even changed positions.  Sometimes, it felt like a therapy session (and I don’t mean that in a derogatory way) – like it felt good to folks to get things off their chest since that had been building up for months.  I was happy to be part of it.

Since the pandemic started, all the things I cherish most about the human-to-human part of guiding have only gotten richer.  On most days, it truly feels like I’m providing a release from it all – maybe even a sense of contentment – and many people seem to need that now more than ever.  In recent trips, Covid conversations arise with less frequency – “pandemic fatigue” appears to be a thing.  Now, conversations seem to drift toward expressions of desire for “normalcy” and “stability.”  Although I’m not sure what those terms mean anymore, I’m always down to try to work it out with someone. 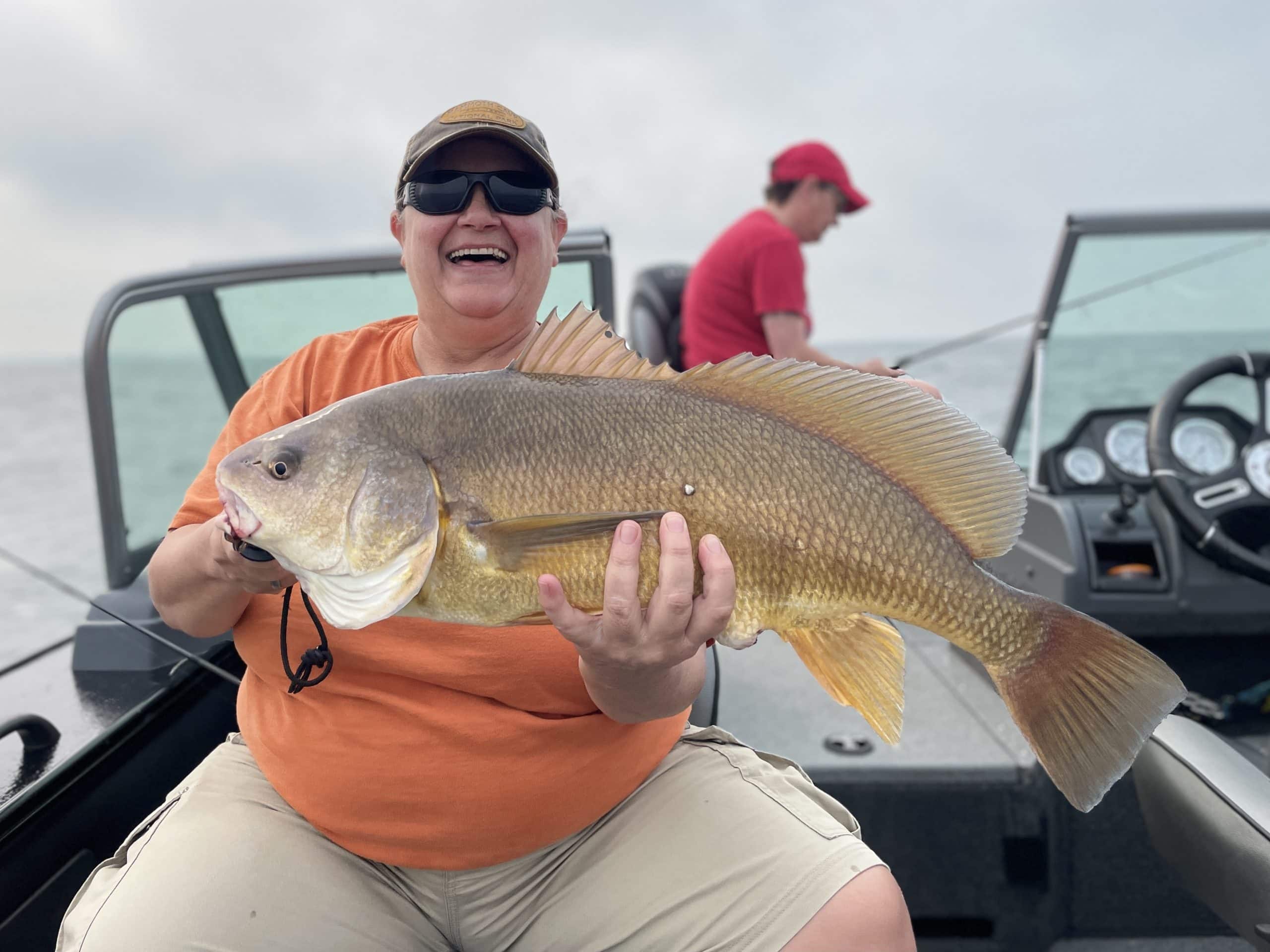 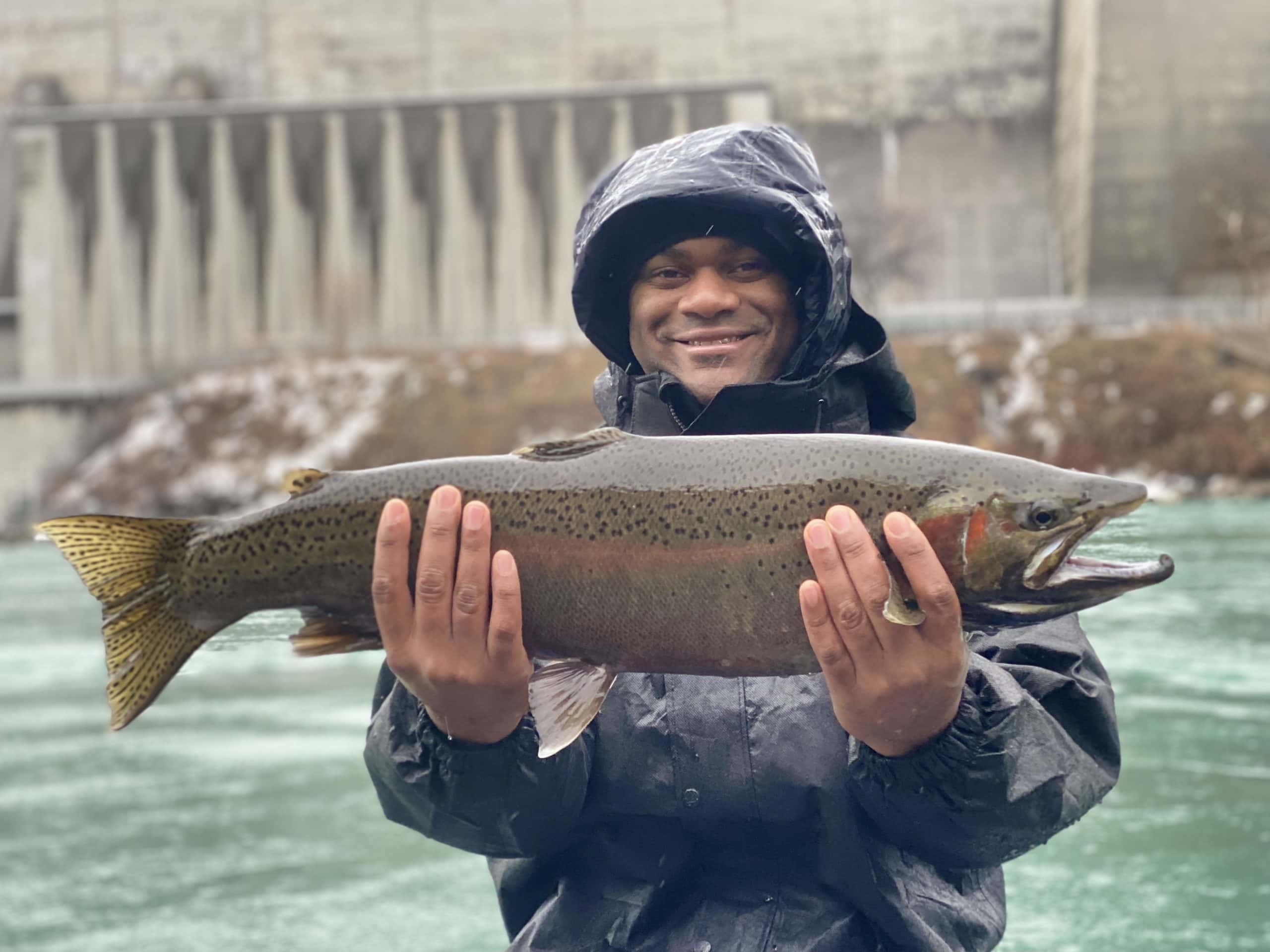 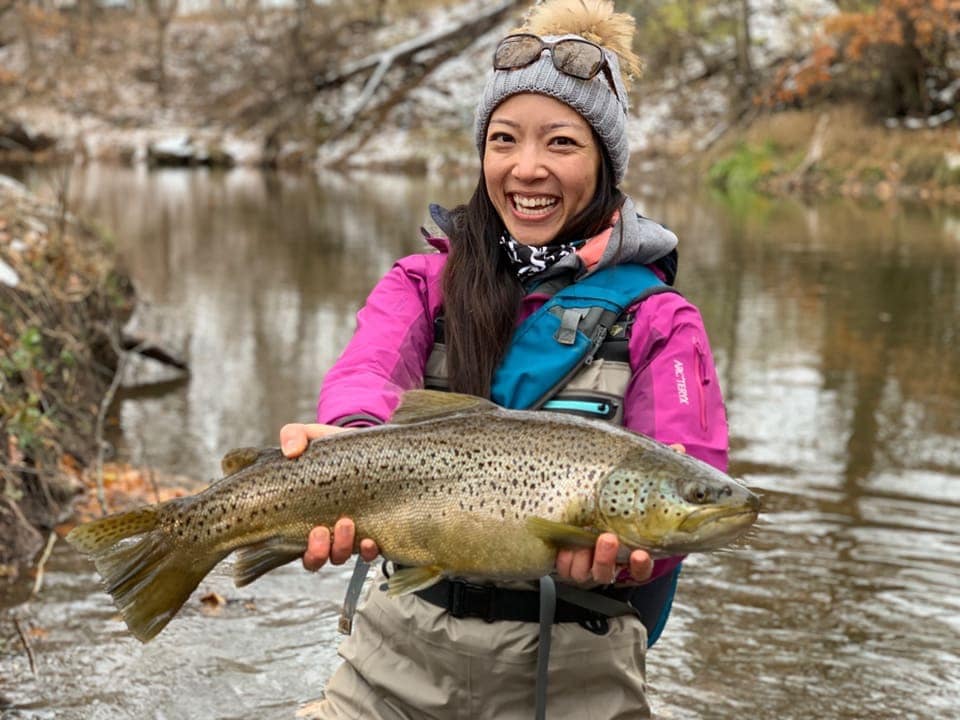 If you spend any time on social media or consuming legacy news sources (ex. CNN/MSNBC/FOX News/ New York Times/Washington Post), you’ve likely been led to believe we’re an extremely divided nation.  Maybe you’re even in the camp that thinks civil war is looming.  NONSENSE!  Although many folks blindly toe a party line with soundbites and memes, when you have meaningful discussions, it’s easy to find common ground on most issues.  It’s no secret, people have a hard time talking shit when looking someone else in the eye – there’s something to that.  We’re at our best when we work with one another and form genuine human-to-human/in the flesh relationships.  Take it from a guide – there’s plenty of hope to go around.  I look forward to fostering that idea.