Worms and Minnas Work the Best 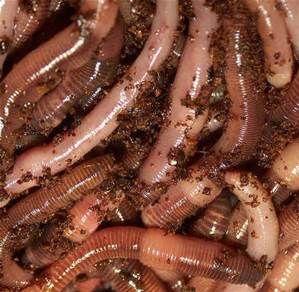 FYI – that isn’t us in the video – but this guy definitely knows how to get it done!

Something like 30 years ago, give or take, I learned something profound about fishing.  It was early summer and the smallie bite was hot along the Niagara River drop off near Buckhorn Island.  Following days on end of spending at least an hour before fishing harvesting crawfish, I decided it was time to pick up some lures so I asked my dad if he could take me to a tackle shop.  Where did he take me?  K-Mart of course (facts to consider: 1. my father wasn’t an angler, 2. back then, Walmart didn’t exist and K-Mart was a big deal).  While gazing haplessly at the few isles of lures with what must have been a glazed look over my eyes, an old guy approached me.  He asked something like, “what ‘ya been fishing for?”  Not used to random old dudes approaching me (does anyone ever get used to that?), I didn’t know what to say.  Honestly, I have no idea if I said anything at all.  I think he sensed some awkwardness after a bit so he spoke up and offered me some advice.  It went something like this, “I’ve been fishing for over 50 years and if there is one thing I’ve learned it’s that worms and ‘minnas work the best.”  Strangely enough, I’ve fished with neither worms, nor minnows, ever since.

Why do fly anglers take what humans have been doing for thousands of years (I’m talking about fishing here – big dudes hunting little dudes type of stuff) and consistently make it more complicated?  There is something very interesting, unique, or (place glorifying adjective here) about doing it the hard way, calling it an art, and becoming “successful” at it.  OK, if you haven’t picked up on the sarcasm yet – wake up!  It never ceases to amaze me how many sub-cultures there are in the world of fly fishing.  There are dry fly purists, streamer junkies, big predator hunters, those that only use glass, those that only use bamboo, nymph-o-maniacs, faceless fly fisherman, and the list goes on and on.  The only trend is that most are trying to start a trend.  Couple this with the drama that emerges at fly fishing shows, fly shops, and online chat rooms and a common theme emerges – too many people take the act of waving a stick around and tricking a fish into getting hooked in the face WAY too seriously.

OK, time to tone down the rhetoric a bit.  This phenomenon of an insecure drive for “wanting to be special” isn’t unique to fly fishing.  In fact, this behavior rears its ugly head in most hobbies/passions often referred to as art.  Consider fashion (oh, wait, there is a budding fly fishing fashion industry – what label are you wearing?), painting/photography (look at your walls or on your desk), sculpting (fly tying or rod building parallel?), to name a few.  My friends and I make a conscious effort to avoid getting embroiled in the drama this culture can create and we’re definitely not alone.  It’s likely that the vast majority of the fly fishing world keeps it simple and just goes fishing, snaps a few pics for memories while doing so, and tells his/her buddies later on.  However, the fly angler’s propensity to slide down the slippery slope of self-aggrandizement is always there.  Please let this quick read help prevent the fall.

My friends and I are by no means innocent.  We’ve struggled with keeping it simple and not taking ourselves too seriously ever since we became fly fisherman.  When I first started out, I poured all the gift money from my wedding into gear.  I purchased a couple $700+ rods and reels, top of the line waders and boots, and a box full of flies I had no idea what they were – and I thought I was a baller.  There was a time not long after this early period that I told myself I would only fish dries!  It’s during this formative period, you know, when you’re just getting into something, that you are the most likely to try to be special.  It’s more enticing now than ever to try to stand out considering the many platforms that allow an ill-fated individual to do so.  Pinning, tweeting, posting to FB and Instagram (to name only a few) can consume hours of a day – to what end?

Think about it for a couple seconds – man and fish have co-existed for thousands of years and man has hunted fish this entire time.  Over this span, we’ve invented many ways to hunt our slippery quarry – hell, I’m not sure “hunt” is the best word to use any more considering it’s become a borderline sin in recent history to harvest the fish we catch.  It’s great that we’re all becoming more mindful of how we impact our environment and putting all our exploits out there might even breed more accountability.  Just don’t take yourself and fly fishing so seriously.  On second thought, stay connected to the internet when you’re on the water.  Keep those posts up when you’re fishing.  Remain distracted by trying to film while fishing.  Spend more time on social media.  ‘Cause while you’re doing that, my line will be wet somewhere cell signals can’t reach.  Wait, was that an attempt at trying to be different.  No way.  Not possible.  I’m just a dude who likes to fish.